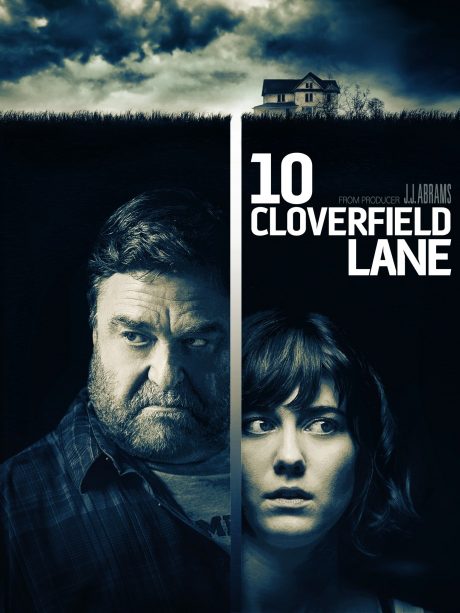 Ever wonder what other new Stephen King books or stories are being brought to the big screen nowadays? Except of Cell (2016) I really dunno of anything. Another explanation may be the fact that this whole SK spirit has been spread out – absorbed by others nowadays. 10 Cloverfield Lane is a new mystery horror sci-fi – that is not afraid to mix neo-Cold War claustrophobia, a America’s brand of crazed survivalist ethos ripe with outlandish conspiracies and an incredible over-the-top ending, as if the script (written by Damien Chazelle, Josh Campbell, Matthew Stuecken) is itself invaded by some outer entity, as if it buckled under the FX pressure of Roland Emmerich and Gareth Edwards (Monsters, Godzilla reboot) or under some even more ancestral B movie intrusions. There are always twists and inscrutable reverberations that envelop us because at the beginning of the 21st c we’re close to entering another paranoia- laden, fake news drenched, neo-cold war episode it seems to me. 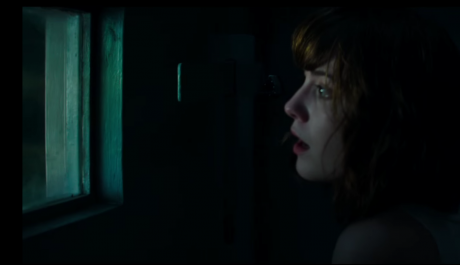 10 Cloverfield Lane contains an sort of near-unbeatable mix that I’ve learned to expect in recent indie horror or sci-fi movies(Motivational Growth, AIR, ISRA 88, Pontypool, Faults, 400 Days, Don’t Breathe, the Autopsy of Jane Doe come to mind) : 1) small – to very small (two characters) tight cast, 2) what it lacks in budget it gains in high concept 3) it seems to choose either very specific and even very closed/singular are environments & explore their outer/inner deviations/bifurcations. 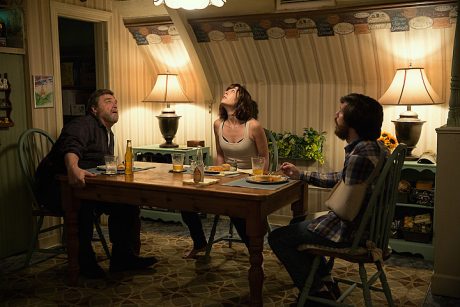 Cloverfield has little to do with its namesake found footage predecessor and is virtually brewing its concoction of daily life inside that quintessential enclosure of the XX and XXI century: the survivalist bunker. The bunker is itself the result of how the normal family house of the present & near future is being constantly reinforced, secured and made into a unit of post-apocalyptic habitation. John Goodman, the builder and the owner is the model father figure, not only of the American family but of Western European family as well (see Austria monstrous father keeping their daughters locked & abused in his basement for years). He is almost naturally I dare say an incestuous, over-protective, caring and paranoiac perfect father. If you dare doubt his warnings. The bunker itself looks perfectly homely and respecting table manners all seems perfectly natural even if the conditions are completely unnatural. One can never disobey the father, and if one does so, consequences can be truly monstrous. There is also no way to escape from or escape to. All venues explored are leading to a dead end. 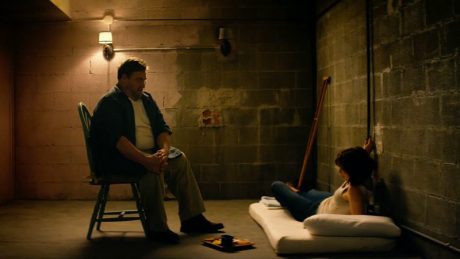 But this is not just about ending up locked and mutilated into the welcoming hands of your savior, it is also maybe about the way conspiracy theories have become so widespread, so pervasive and so much part of both the jokes, the news and the leaks of our life that one cannot escape their grasp. If one doubts or tries to falsify them, the reality outside come in and starts poisoning, infecting, body snatching you.

Monster are not relegated to the outside (as the movie poster warns), and because till the very end it is not clear where the true danger lies makes it such a gem. The bunker trio is itself a bizarre result of the fact that they are trapped by (seemingly) an end- of the world story. The bunker is in fact fully equipped, not only strictly survival food & shelter but also a stash of tabloid magazines& lots of pop items. The magazines themselves are full of DIY cues and fashionable survivalist chic – seemingly survivalism has become more than just a subculture and is somehow an entire worldview or perception of the world (Weltanschauung). 10 Cloverfield Lane is a great introduction I think into a current diffuse threat, a threat that can be completely unspecified (it is never clear if it is an escaped virus, bio warfare or just plain serial killer material – or all of them together). 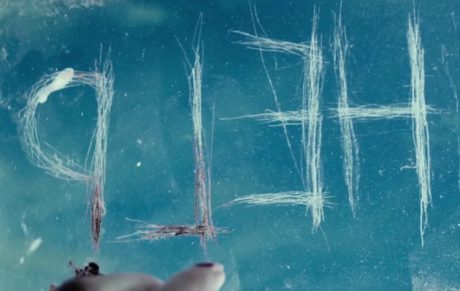