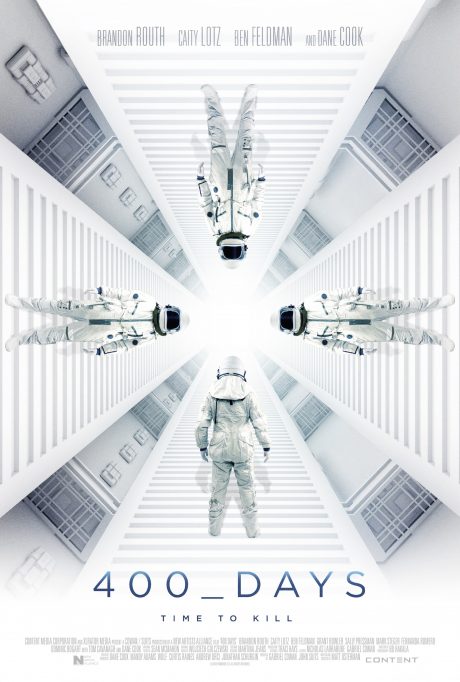 400 Days is a true classic of the eerie, it makes it easily into my top 10 of the last years. I consider that it carries and brings to fruition the unspoken space program preparation doom of such Cold War era classics as Outer Limits or Twilight Zone. The weird is palpable – oozing, leaking once we’re on board (especially the 2nd part). What starts as a biospherics (closed environments) test – the preparation for a deep space travel or planetary colonization ends up as a uncanny return to a changed earth. This the terrain I was looking into during the last years. 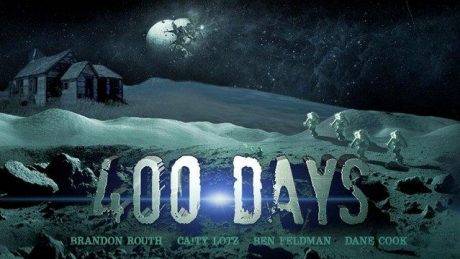 What makes it great is the fact that it fuses and exposes the ways bunker/shelter movies (think of all those submarine and postapocalyptic shelter stories) blend into the space travel ‘escape planet earth’. The plot is straightforward – a selected crew of future cosmonauts are being shut in an underground facility and during 400 days of isolation and will have to stay there till the clock tells them it’s over. This underground environment is made to mimic all sorts of outer space long travel conditions and expose them to various unexpected situations to study how the crew might react under strain and stress. 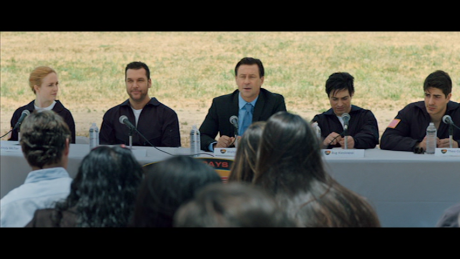 Such experiments have been conducted in the former Soviet Union as well as the United States (Biosphere 2 and 3 respectively), and 400 Days movie follows exactly the pattern of such space programs that study the behavioral and psychological pressures on a crew of humans that will eventually have to spend months and months under what even the most horrific cabin fever conditions cannot match. This is just the premise, what follows is a descent into personal hell but also the possibility that  this is either just a feverish dream or a very realistic test. The test itself seems to blur the lines and to bring forth a new reality. 400 days works best when it does not give explanations or conclusions, it works because it doesn’t have a bell curve – it will not settle into the usual final self-destruction of the crew or an easy game over logic. It goes further, and this further means that it will make a comeback to completely changed home planet where the familiar has become unbearable. 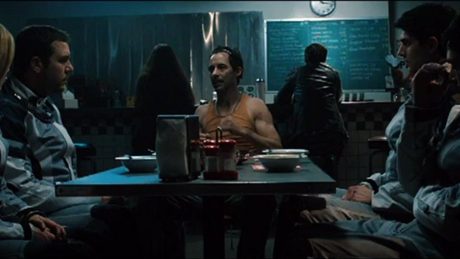 In fact, I feel there is the possibility that we and the crew are somehow stepping outside, on a different planet, some future Earth that is so different from what we know as to look like another orb – for lack of a better example looking like the planetoid in the first Alien movie.

From the artificially lit but still claustrophobic interiors of the simulated spaceship, the crew gets out into a dark and blurry fallout domain, a murky planetary terrain where eternal night seems to take hold, and where the sun and moon somehow became indistinguishable. It’s almost as if we are threading trough another Villa Deodati product – Darkness by Lord Byron, as counting the final embers of an extinguished world, where the last denizens go mad whenever they can distinguish or recognize each other in the shadows.

I think this is one of the most genuinely terrifying and mysterious moments I have recently encountered in a movie. The possibility that it is still a very elaborate test lingers on, even in the face of the most brutal devastation. There is the underlying sensation that everything is special effects, that everybody is in on the joke (scare!), but there is also the unmistakable sensation that some terrible unspecified catastrophe has changed their world beyond recognition. The few humans they encounter and that eerily remind them of the initial farewell party (simulation?) are changed and the change is really to the worse, nobody gives any explanation and there is the sinister feeling there might be cannibalism involved. 400 Days also avoids the function/trap of so many recent post-apocalyptic sci-fi (Elysium, Oblivion, Interstellar etc) – by salvaging a new humanity as if the ultimate destructive potential has reawakened & contributed directly to selecting for the good, wholesome and eco-friendly. 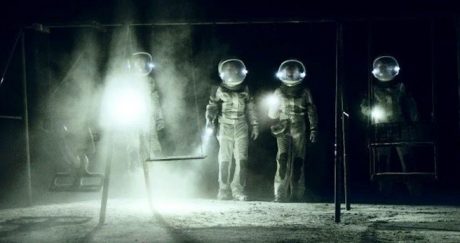 Till the very end of the film and after it is not clear at all if it is all part of the same simulation, if the simulation was an end in itself, or if their test is actually delivering them in front of more bizarre phenomena that have made it impossible to return or to get back and cozy up to the same sun shiny Earth. The overall atmosphere of doom, despair and brooding (even if simulated!) evil that surrounds the reentry – has the space and time itself changing, something that reminded me of Dhalgren by Samuel R Delany. We never witness the catastrophe, and from then on, the singularity of disaster is un-representable point of no return, it is not an epistemological knowable fact any longer. It is unrecoverable in the sense that something has changed the world and the protagonists in ways that we can only surmise but may not and cannot piece together, go back on or otherwise cannot meaningfully reconstruct. 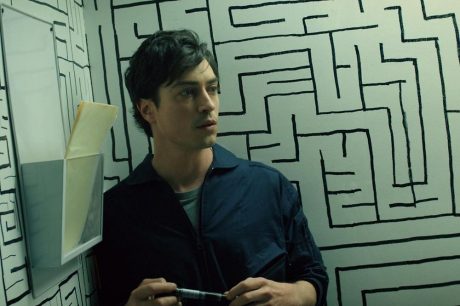