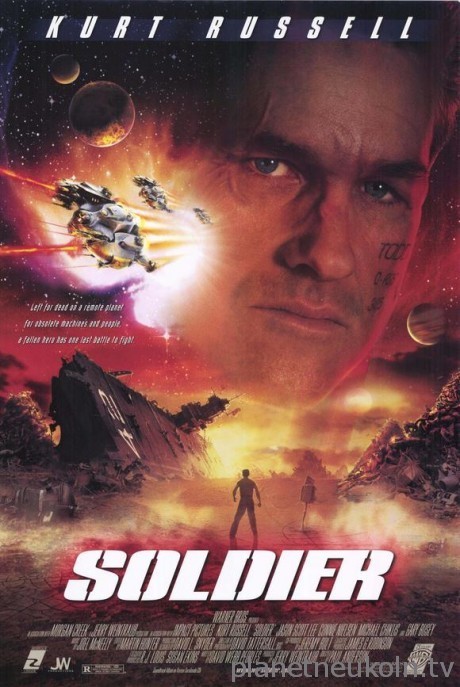 It was written by David Peoples, who co-wrote the script for Blade Runner. By his own admission, he considers Soldier to be a “sidequel“/spiritual successor to Blade Runner.[1] It also obliquely references various elements of stories written by Philip K. Dick (who wrote the novel Do Androids Dream of Electric Sheep?, on which Blade Runner is based), or film adaptations thereof. The overall plot is based on an episode of the The Outer Limits called Soldier, written by Hugo and Nebula award-winning science fiction author Harlan Ellison, and itself was adapted from his 1957 short story “Soldier From Tomorrow”.