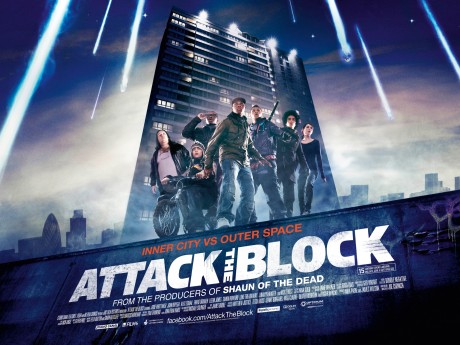 Attack the Block is a 2011 British science fiction comedy horror film written and directed by Joe Cornish. The film stars Jodie Whittaker, John Boyega, Alex Esmail, Franz Drameh, Leeon Jones, and Simon Howard. Set on a council estate in South London on Bonfire night, the film follows members of a street gang who have to defend themselves from hostile alien invaders. The film was released in the United Kingdom on 11 May 2011. Attack the Block is the directorial debut of Cornish. 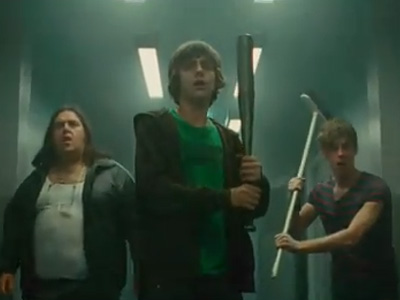 Attack the Block was generally well-received. It currently holds a 90% ‘Certified Fresh’ rating on Rotten Tomatoes and has a score of 75 out of 100 on Metacritic, indicating ‘generally favorable reviews’.[8][9] Scott Wampler of The Examiner rated it A+ and said it was officially the best film of the festival and likened it to other debuts such as Neil Blomkamp’s District 9 and Quentin Tarantino’s Reservoir Dogs.[citation needed] Matt Patches writing for Cinemablend said “Attack the Block, even on its small scale, may wind up as one of the best action movies of the year”.[10] IGN gave it four stars saying “Cornish directs with the confidence of a seasoned pro” and calling the film “a blast from start-to-finish.”[11] Ben Rawson-Jones of Digital Spy awarded the movie four stars, saying that it is “exactly the kind of distinctly homegrown product that the British film industry should be making”.[12] Mark Kermode gave a mixed review saying he did not dislike the film, but “wanted it to be funnier” and “needed it to be scarier”.[13] In his positive review, Chicago Sun-Times critic Roger Ebert praised the film’s use of character development and the performance given by John Boyega.[14] 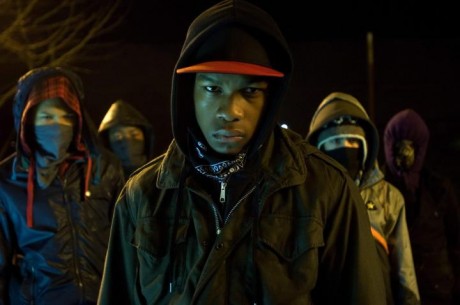