Fiction is a branch of neurology: the scenarios of nerve and blood vessel are the written mythologies of memory and desire. 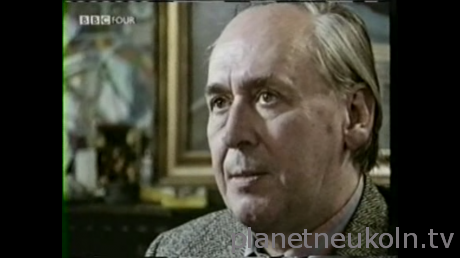 Here is a small documentary made by BBC about the life of science fiction author JG Ballard (Crash, Atrocity Exhibition, Vermillion Sands, High Rise etc). It is very bad VHS quality (or maybe you can enjoy it as a treat from video days) but it is provided freely by that Mecca of Avantgarde Open Culture & Knowledge UbuWeb. I definitely think that it is a must for every fan of one of the key members of what has been termed the New Wave science fiction defined by that high degree of experimentation, philosophical exploration and critical acumen that has characterized the best in Sci-fi since.

I am really grateful for such excerpts as Matteo Pasquinelli’s Animal Spirits: the Ballardian bestiary. I think Ballard has recovered his prophetic voice, as the totalizing postmodern reading of his works (such as Baudrillard’s celebratory but neutered and simulacra-centered commentary of Crash) has been toned down, foremost by Ballard himself who hated the postmodernist jargon – and become a potential embodiment of a true anti-postmodernist manifesto. 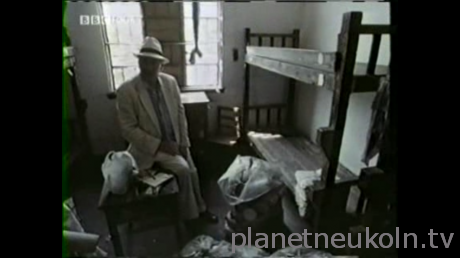 The documentary is not the best biographical piece ever made, it has lots of acted parts with several actors playing JG Ballard at different periods in his life and it also has very little to say about many of his novels. But maybe since The Empire of the Rising Sun based on Ballard’s own biography is one of the finest Spielberg (and probably war)-movies to date, this bbc doc is still worth a trial. The formative experience of Ballard’s life in Shanghai during and before the Japanese occupation is an important part of his childhood memories. Basically in his early childhood Ballard with other foreign residents of Shanghai was detained in a Japanese concentration camp during WWII. Shanghai early in the XX century was the commercial hub of Asia and also the place where triads, Imperial powers, Communists, Chinese Nationalists fought it out. Although Ballard describes the atrocities committed against the Chinese inhabitants as being without ideological substratum he apparently misses the fact that Japanese had adopted the same “dark medicine” methods and biopolitical ruthlessness as the Nazi Germans. Here is the technoscientific hubris and eugenic link between the two that I think unknowingly squares with Ballard’s own conclusions. 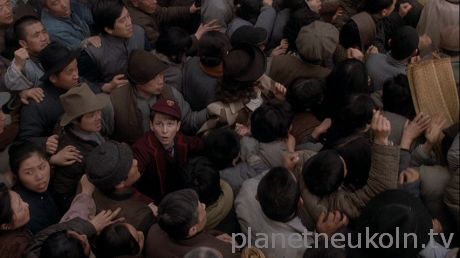 His own medical-anatomical and psychologic& somatic turn occurs during student years and makes his literary works attuned to the obscene violence of the Vietnam wartime period, media and the contemporary pornographic aspects of science. Nature is increasingly that which gets stripped by voyeuristic science. Going past the local morgue, he swims into the morbid global pop mainstream of surrounding culture aided by a fast developing science fiction kit. He enters the domain of science fiction as the only reality TV literary mode able to wrestle with daily techno-apocalyptic topics and live TV assassinations – and what he calls “the arbitrary cruelty of the world”.
There is also an incredible fragment where Ballard mentions the importance of working (living?) inside the offices of a Scientific Journal of the day (a job he got). He describes with incredible appetite his filtering habits and bottom-dwelling of sieving the data plankton (materials and scientific research papers submitted).
As ever he is keen on how the media elaborates and pushes forward the anatomization of events and superstars and how this physiological attention characterises the frames, the live reporting & affective on screen outbursts.
I can only say I am looking forward to the arcology (a species of utopia happening inside a single city-wide building) based on his High Rise novel and soon to be directed by Vincenzo Natali in 2013 (Cube, Splice etc).