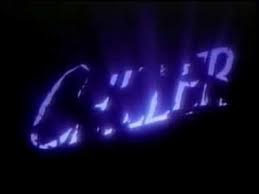 CHILLER was a TV movie by Wes Craven (People Under the Stairs, The Hills Have Eyes, A Nightmare on Elm Street, Shocker) about cryogenics. Chiller is a rare ice-cube of midnight TV, hard to find, and most of the online versions where terrible or hard coded in Spanish etc Still it’s a marvellous period piece that has an incredible (up to date) premise. I was just reading a chapter (After Germany: Pollutants, Aura and Colours That Glow) in this book by Leslie Esther about the historically significant birth of cryogenic preservation, exactly at the time when Earth got gripped in the cold war chill. The Prospect of Immortality (1963) by the father of “American Cryonics” Robert Chester Wilson Ettinger coincided with urban legends circulating about Walt Disney being freeze-dried and ready for resurrection in the more technologically and biomedically advanced future.

The Freezer program went together with the tenets of the Free World. Guy Debord and the Situationist International where keen on opposing exactly this image of life extension, of freezing life in the name of capitalist survival and homeostatic post-atomic existence.

He talks about ‘frozen societies’ that are been kept under suspended animation, about constant equilibrium is slowing down historical time and transforming it into an ahistorical block where everything is reduced to a new mythos of eternal cycles, each and everyone returning to the same jobs, working schedules, food fads, vacation times, holidays, sport matches, seasonal fashion shows. This suspended animation is the ‘pseudo-cyclical time’ of the spectacle, and maybe even more than ever through TV shows and Hollywood super hero movies – endless reruns and prequels – it is recycling everything and feeding it back into the loop. Chiller itself is somehow frozen in 1985 and I guess there are not many reruns of it. It got buried deep in the TV archive. In contrast with the frozen world of the 60s, we now have ever quicker turnover times, change itself is keeping everything in place like in a 3D rendering where you can move and watch all dynamism, diversity and newness as nothing more but sameness. Air conditioning is also chilling the whole world and unifying airports, malls and bureaus on the same optimal temperature levels, even as average temperatures at a global scale are on the rise. 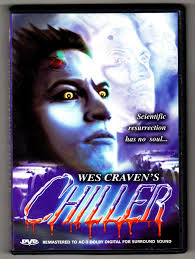 If Disney is supposed to return to a future Utopia, to what his Epcot Centre and Home of the Future were prophesying, Chiller is a what came out of it. In shows what happens when Walt Disney and other capitalist ‘greats’ and ‘founding fathers’ will return from the dead, not when they are expected but under their own wish and whim. There is a commotion at the Control Room of the Cryogenic Facility – one of the sleepers has awoken! 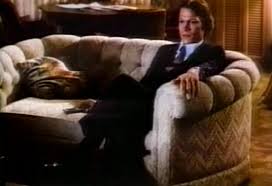 A young CEO is being frozen by his mother in the hope that the future might offer some cure to his incurable disease (a frequent motivation for cryogenic hopes). Out of his metal sarcophagus, out of tin foil bandages, the capitalist mummy returns to the living without a soul. At first he seems like a normal comeback – a young and rich inheritor taking over the business. His soul, all kindness, charitable works, his empathy along with simple sensorial pain- sensitivity seem to have been discarded beyond the grave. The capitalist quest for immortality has awoken another creature altogether – a calculating, efficiency driven (computational?) monster that starts restructuring the company, cutting on all the charitable works. Although we don’t know his previous self, we may suppose that he had a soul. At some other level, Chiller is a parable about corporate social responsibility and the new good charitable capitalism vs bad ruthless capitalism, but essentially they are both the same. 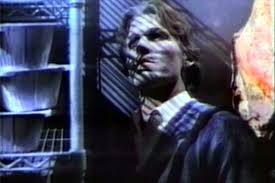 He was as compassionate before as he was callous afterwards. The shortest route to post-cryogenic utopia uncovers a chilling loss of soul. This loss of soul inside the high level management is being counteracted by “humanyzation” attempts and changing the mood of employees. In the 60s Ettinger assimilated all enemies of the free world with those who would oppose a better life trough cooling, conserving life below zero, 30 years later, Wes Craven introduces the Reaganite neoliberal revenant that is strictly interested just in status, money and reaching his goals no matter what. His own survival beyond the icy grave, stripped him of all protective welfare layers. I think relevant in all this is also the fact that the dog is the first to doubt the appearances. The companion species, the symbol of complete loyality is the first to manifest distrust in the returnee. We have here another kind of Terminator, more like 80s Gordon Gecko, more ruthless and more robotic that they care to admit, human lookalikes that never get uncovered until it is too late.