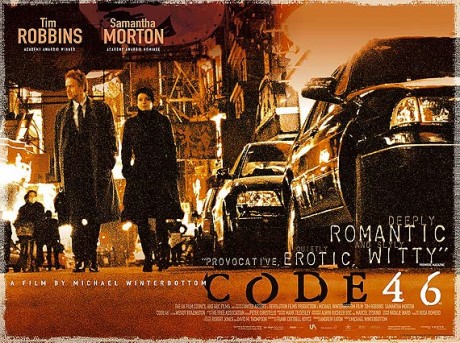 Code 46 is one of those rare finds in science fiction that relies on emotions and atmosphere to tell it’s story. It doesn’t explain itself to much but it remains forever visually stunning. With solid performances by Tim Robbins and Samantha Morton Code 46 stands next to Gattaca and It’s All About love in that special kind of sci-fi filled with big empty highways and symmetrical grey buildings that remind so much of Stanley Kubrick. 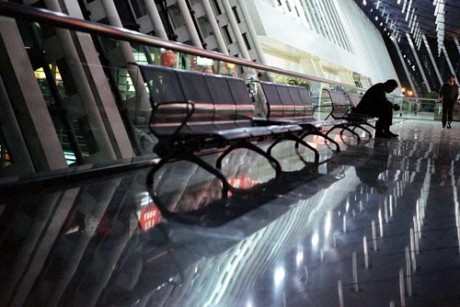 Code 46 takes place in a not to distant future where society is divided between those who live in cities that retain the population inside and those who live outside which represent the low class. In this future human reproduction is conditioned by legal “codes” and only people that are genetically matched may reproduce. You can imagine where this is going. A love affair against the law. 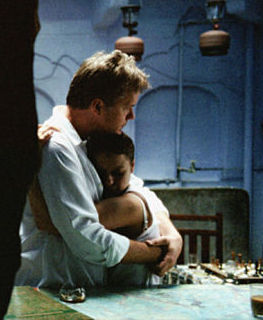 One interesting thing in the movie is that the language spoken is a globalistic one which comprises elements of English, Spanish, French, Arabic, Italian, Farsi and Mandarin).  If you are in a mood for a slow paced atmospheric journey code 46 is highly recommended.

ATTENTION: the trailer doesn’t do it justice so i am attaching a clip i found on youtube with a song from the soundtrack (the scene where she dances)