There is an endless array of youtube versions available of the movie, because it was mercilessly recut and reissued under various editions. It makes a good double feature with The Tower (1993). It’s also a movie who has characters named after Ridley Scott, Joe Dante, John Carpenter, Sam Raimi – arguably the most influential sci-fi/horror movie directors of that era. There are even characters named (separately!) after (Alien) Weyland-Yutani Corporation! Makes me ponder on your how stoner eco-warrior anarchists actually took over their childhood pop sci-fi memes to fight some of the most disturbing nightmares of late destructo-capitalism.
Although with higher production value, Death Machine sports the same late blueshift cyberpunk afterglow imagery of the early 90s that I love so much. The eponymous Death Machine aka Frontline Morale Destroyer is a chimeric skeletal monster, a best of the best 80s & early 90s nightmares: 15% Alien, 15% Jurassic Park, 15% Terminator, 15% 15%Wargames, 15%Universal Soldier, 10% Robocop – yes it’s a mashup! In addition it’s definitely non humanoid! No Terminator cyborg here, even if vaguely bipedal don’t be mistaken – it’s shape is a strange mixture of past & future beastly monstrosity, closer to the DARPA/Boston Dynamics tout terrain/dynamic robotic designs of SandFlea, Cheetah, BigDog. He looks more like an endoskeletal real animatronic dinosaur that peeled off its lizard skin free to roam inside the hallways of the CHAANK corporation. Don’t even try to imagine the hydraulic & pneumatic bio-mimicry displayed by such a monster. Death Machine is a future- prehistoric beast, the maw of the past endowed with new shiny, metallic braces to kill – the child of the planet-gulping extractive industries.
One last recommendation is that the movie was banned in many countries including China, Iraq and Australia – probably because of Brad Dourif’s brilliant if psychotic hacker role. 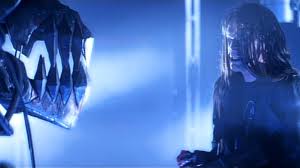 We have CHAANK megacorporation – again a perfect example of cinematic military- entertainment complex wedding party gone haywire. The head of the board of directors tries (of course, what else!) to cover up (to his peril alas) the very unorthodox military hardware super soldier stuff they have been cooking up in Vault 10. The near-past of 2003 (phew! so long ago it seems) is a dark shadowy world employing half-crazed maniacal and homicidal hacker/inventors (played with maleficence and total creepiness by Brad Dourif) with big budgets and nearly endless resources on their hands.

The black hat geek is cast as the ultimate creepy traitor, both to his peers as well as to his frail but profit-driven bosses. He is basically indulging all his sexual phantasies and whims while technically outsmarting all current employers. As a black hat hacker he embodies “the stereotypical, illegal hacking groups often portrayed in popular culture”. A loose canon (*looking back it almost seems a 90s R&D paradise to boot) that thrives and eschews any attempt at temperance or control has hatched an almost indestructible robotic dinosaurian mobile meat-grinder. An unstoppable killer toy. Death Machine may also be an insider view on what would (one year after) become a cogent if somehow damped and shortsighted (in big data/NSA terms retrospect) critique of Californian Ideology 1995 in an original essay by English media theorists Richard Barbrook and Andy Cameron. Techno-utopians had their own scares to fear, with no other choice on their hand but to gear-up, cyborg-up and face the dragon beast by allowing themselves to become super-soldiers, possessed by law enforcement subroutines and search & destroy missions. Common to both Terminator and Death Machine is their break out of the Cold War Soviet Threat loop, in anticipation of how everything important became more and more an insider’s game.

Let’s compare how far is this from the Marvel Comics Stark Industries conglomerate also known as Stark International, Stark Innovations, Stark/Fujikawa, Stark Enterprises and Stark Resilient of recent Iron Man Hollywood fame. Stark Industries are military defence contractors (akin to Lockheed Corporation) and their corporate backhistory is always about bad and good munitions dealers, the good entrepreneur(forever-young Anthony Edward ‘Tony’ Stark aka Iron Man) and his slimy/corrupt partners or co-investors. Stark Industries (no. 17 on Forbes 26 Largest Fictional Companies List) was always a shadow-name for the Lockheed Corporation and its government contracts as well as its bribery scandals and deals of the century. Star Industries also inaugurates a new kind of futuramaesque World Exhibtion; the International Defence Exhibition as a showcase for the latest in advanced weapons and in a high-threat high-density urbanized world. 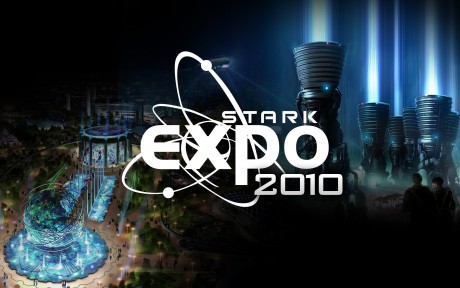 But the fictional Stark Industries was also forged in a new globalized environment, with a long history of mergers, hostile takeovers and multinational genealogies where Obadiah Stane, Howard Stark and Kenjiro Fujikawa shake hands. 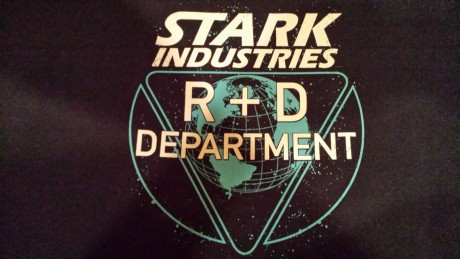 Victor Company of Japan also has its icy metallic fingers involved. What totally appreciate is the fact that almost 95% of the movie takes place inside a single facility – a corporate HQ. Only the brief intro has outside scenes, otherwise this is one of those rare movies that happens just along the hallways, elevator shafts, vaults, bowls, rooftop and even outer glass surface of an imposing corporate Behemoth building. The ‘outside’ is ever more distant, like the skyscrapers in the screenshot below.

The eco-warrior band are also unmatched, pacifist young urban tribals, heavily equipped anarcho-hacktivists, like only the cyber-drenched 90s could muster. They aim for the company’s digital bonds(funny that they still had a physical location), deeply buried inside a containment area. In an incredible turn of events (again premonitory) the eco-worrior gang up with the company whistle-blower woman (played by Ely Pouget of Miami Vice and Tequila Sunrise fame) against the unhoped-for results of corporate R&D. 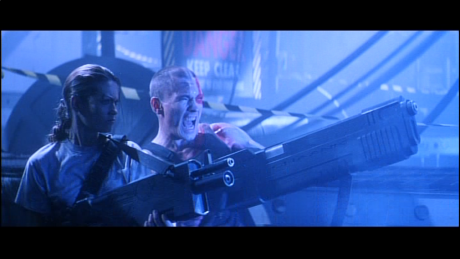 There is also an egoshooter almost mobile phone screen search and destroy VR style hunt by the vicious Death Machine that employs those wonderful, sturdy but anachronistic interfaces that breach the line btw innocent gaming and killer training.