Menu
Browse: Home » Dr. Strangelove or: How I Learned to Stop Worrying and Love the Bomb 1964

Dr. Strangelove or: How I Learned to Stop Worrying and Love the Bomb 1964 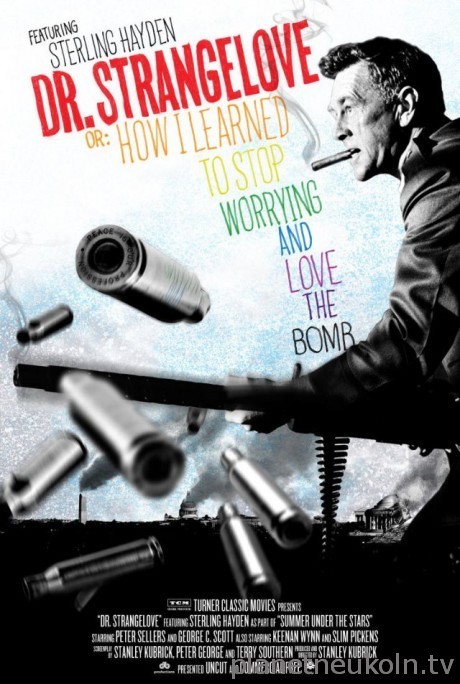 United States Air Force Brigadier General Jack D. Ripper (Sterling Hayden) is commander of Burpelson Air Force Base, which houses the SAC B-52 airborne alert bomber force just hours from the Soviet border. Ripper orders his executive officer, Group Captain Lionel Mandrake of the RAF (Peter Sellers), to put the base on alert, asserting that it is not a drill. The alert is sent to the patrolling aircraft, including one piloted by Aircraft commander Major T. J. “King” Kong (Slim Pickens) and his crew. All the aircraft commence an attack flight on Russia, and lock out unauthorized external communications through the CRM 114 Discriminator.
Mandrake discovers that no order for war has been received, and tries to stop Ripper, who locks them both in his office. Ripper reveals to Mandrake that he believes the Soviets have been using fluoridation of United States’ water supplies to pollute the “precious bodily fluids” of Americans.