End of the Line [Maurice Devereaux 2007] 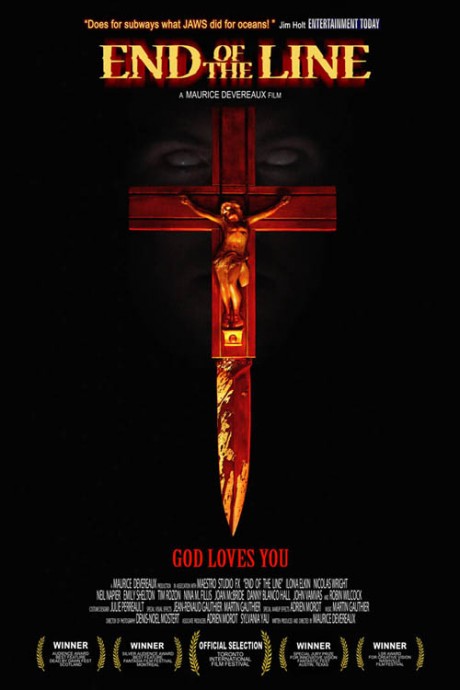 File under: doomsday cult mayhem, subway demonology, be afraid of the beep of that incoming sms. End of the Line is a Canadian indie horror that’s not so much talked about, still I think it’s one of the best and should be paired up with Kontroll and Midnight Meat Train for a Subway Gate-to-Hell trilogy. Most of the movie takes place inside subway trains and along the tracks and tunnels of the underground system of a major city. I again am tempted to say that it is part of the hollow earth mythology that refuses to die and keeps on hollowing out our subterranean certitudes and rooted assumptions. 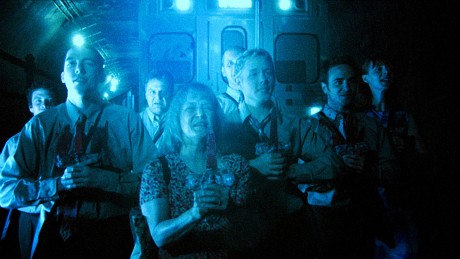 It features a lot of flashbacks and bloody hallucinatory experiences. It starts with a series of vision by a growing number of hospital patients and a mass hysteria involving suicides and visions of demons. There a strange Christian Doomsday cult with lots of donation boxes and free muffins laced with the powerful toxins of Claviceps purpurea (the ergot fungus causing ergotism in humans and other mammals). There are plenty of creepy characters in the movie – and plenty of memorable scenes. There is an incredible evil little old lady that practically is a leader inside the doomsday group. There is also lots of humour, but the satire doesn’t kill the freight and this I like. It’s definitely there in the way the cult members are dressed, in the way the main characters react or how the raunchiness seems to abound just before the end, how being horny gets a kick out of the doom. 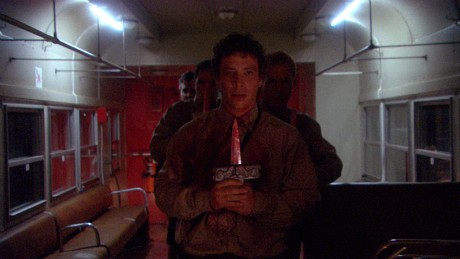 Dispatching other humans (“I am sorry but it is for your own good My Children, Hope is God and God is Love” as the lady sez) is never an easy job and it offers numerous ways to postpone, to retry or persuade oneself and the victim. 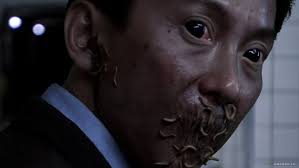 I really like all the cultist episodes: the cruciknife, the suicide pills and all the emotional turmoil that the message from the leader causes inside the group. Doom is a mild word for the purpose of this movie. It is a low budget movie with few FX. Again it is also a pretty funny one in a post-ironic way. It is as if after the Wes Craven Scream we can be ironic without letting go of our sense of fear and impeding doom. Our hopes get busted at each turn – the heroic characters (*the muscular hero) gets eliminated. The whole apocalyptic suspense of the movie lies in the actual incoming message sound that all cult members receive, wherever they are on the subway (or outside of it I suppose). 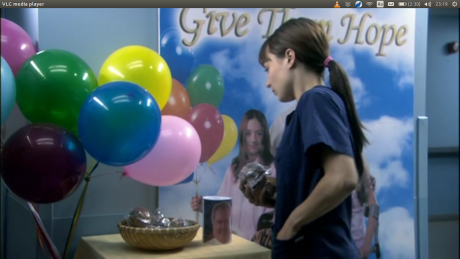 This instant triggering or command – the signal to act in the name of God is tremendous, it works like a domino effect throughout the movie, it is the turning point where the chosen are being separated from the rest. It is a genuinely scary movie, while not being suffocating. All the characters have difficult choices to make while they get further down the tunnels of the escape (?!) routes. There is a nice scene with the two subway employees that are starting to doubt each other (every telephone ring could signify the end). 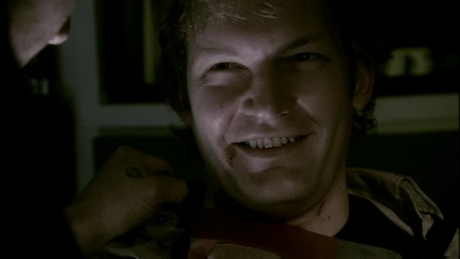 If you’re a fan of Red State then you’ll end up loving this one too. There is nothing supernatural beyond the visions caused by the ergot but everything is already in a steady collapse – the freakishness of the End of the Line situation is that it’s embedded in real life, it continues along the same routines and uses love, hope and redemption as shutdown commands. In a sense the cultists act like over- enthusiastic employees accomplishing new tasks in their schedule.  End of the Line is a different kind of slasher movie – one that doesn’t rely on homicidal maniacs or serial killers but on intense devotions and mechanisms or imitation and ritualistic repetition.  In a sense one does what is being trained or prepared for – or he is left alone in the world, afraid to join the others into the netherworld. 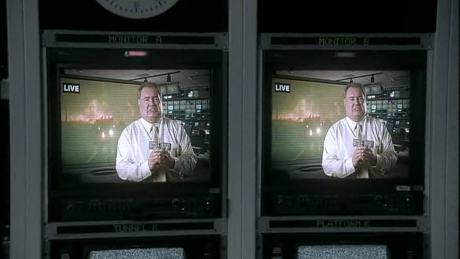 There are also several references in the movie of a book by Carl Sagan – The Demon-Haunted World, one of the last books the famous astrophysicist wrote before his untimely death in 1996.  It is in this book where he exposes the fallacies of superstition and the value of sceptical thinking. How to make the dragon disappear out of the garage. Maybe without intending, this Canadian horror movie – shows exactly how superstition still works out in the end, still produces effects in spite (or even spurned) by sceptical overkill and manages to hop on and use technological props and apps (such as the beeper or TV and other media outlets) to communicate and replicate. As such it asks for a permanent suspension of belief in disbelief. The exorcism performed in a secular society by scientific evidence works always works under a beleaguered state. It’s always (it seems) at the mercy of mass hysteria and apocalyticism. 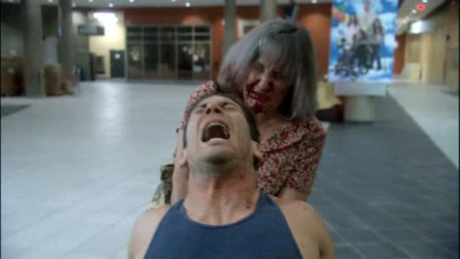