I restarted watching anime after a 4 or 5 year break. Exaella implodes with abyssal nausea, grime and orgiastic megastructures, familiar to the cavernous works of Tsutomu Nihei, so maybe that was my first cue. That being said, I truly feel we have a new and promising breed of anime: a Russian-Japanese-English production directed by Andrew Oudot symbiotically grown out of Game Music/Vocaloid meets cyberpunk on a heavy duty Magnitogorsk substrate. 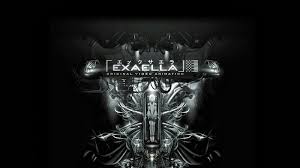 Don’t expect many explanations or a linear storyline. I think what Exaella excels in is an orchestration of awakenings from deep sleep, of comeback to an unfamiliar forgotten existence, (cyclic?!) epochal reboots triggered by calamitous interruptions. The causes of those interruptions are buffered and only gain urgency just prior to reboots. After many uncounted ages we are witnessing the rise-up of the lovely Supreme Operator from Xonasu. Details are not necessary because the rise-up and reentry into surface time is itself a tremendous affair. The plotline mentions gigantic preserves, a rescue plan involving Somniupolises (Cities of Sleep) complexes, highly automated, underground mega-facilities where vast numbers of humans are sleeping a sleep that no one dared sleep before (to quote from Pandorum, another favourite). Strangely enough, Andrew Oudot post-apocalyptic imaginary was also echoing here the City of Sleep introduced by Russian avantgarde architect Konstantin Melnikov (1890–1974) in his planned proposal for the recreational Green City 1929 Pravda competition for a worker’s resort on the outskirts of Moscow. In response to the strain of shock work tactics and survivalist rationing pressures, Melnikov made a daring poster proclaiming “Cure trough sleep and thereby alter character. Anyone thinking otherwise is sick”. He advocated sleep as the more important remedy than even nutrients or food. Green City and Melnikov’s project of a City of Sleep was the no-productivity collective resting place par excellence akin to the phalanxes proposed by Charles Fourier’s in the 19 century. A place utilizing the narcoleptic forces of nature to the fullest (rustles of leaves, breaking of waves, cooing of nightingales, and sigh of the wind) and where buildings would be named after sleep concerts (SONnaia SONata). Sleeping concerts would play trough loudspeakers and encourage workers to sleep on  ready made bed-floors that would slope making pillows useless. The centerpiece was a Laboratory of Sleep a true and dedicated sleep environment. ‘Rarefied condensed air’ would flow trough its halls, and synaesthetic regulation system for studying the effect of changing humidity/temperature/fragrance/light on sleepers would allow the development of better and more refreshing sleep conditions for the overworked proletarians flowing in on rotating basis from Moscow. The bed was to become the laboratory table of this pioneering Institute of Sleep. Art & technology would conspire to produce a vast slumber, and specially commissioned poems and pieces of music would be performed in order to induce sleep in humans after prolongued civilizational fatigue, healing the overwrought psyche. Melnikov wrote in 1929:

Man sleeps one third of his lifetime. … twenty years lying down without consciousness, without guidance as one journeys into the sphere of mysterious worlds to touch the unexplored depths of the sources of curative sacraments, and perhaps of miracles. (cited in Frederick S Starr, Melnikov: Solo Architect of the Mass Society, Princeton Univ Press 1978)

In Exaella – all the disturbances, all exterior changes and environmental conditions are being monitored, continuously updating the systems with the help of sensors, satellites and artificial intelligences. Everything is quite autonomous up to the moment when catastrophic (external, meteoritic) events start a wave of unexpected ripples in the data-fabric of the automated circuitry. There are even free roaming cyborg dogs, like autonomous stray robot dogs of the future.

Peter Watts in his series of short stories (The Island, Hotshot and Giants) reaches for the utmost shores of sleep and awakening cycles on board interstellar, end-of-the-universe ships such as Eriophora. Its crew members are specially selected and specially trained gate-builders, the avantgarde overseeing the Builts. The Builts themselves are a gigantic, universe-spanning series of Dyson Spheres or wormholes that are allowing future posthumans escape and transit routes trough the immensity of cosmos since its inception to its demise. These sleeping gate builders spend their time (how else?!) mostly asleep, stretching their lives in between the construction sites of the wormholes and various accidents that shortcut and shorten their life(each awakening means less life and less time to the finish line). There is a great revelatory rhythmical dimension that Peter Watts brings to these interwoven stories, where storytellers or characters, even artificial intelligences are just the forerunners, larval stages, preparing and paving the galactic highway on which unknown and surmised god-like descendants will roll out of entropy’s or big crunch’s reach. On-board endless wars of attrition btw the artificial intelligence called Chimp and the gatekeepers happen during these epochal trips, but also exotheological ecstatic experiences shake the gaps in between. 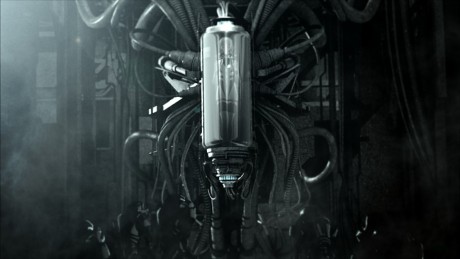 Exaella activates the same fragile bridges btw the immensity of sleep, of waking reality being just a short region of time. The postulated long in-between is artificially monitored and regulated, while the actual short and flimsy moment of consciousness is just an accidental and resounding foghorn call as the role of Supreme Operator is put to task. 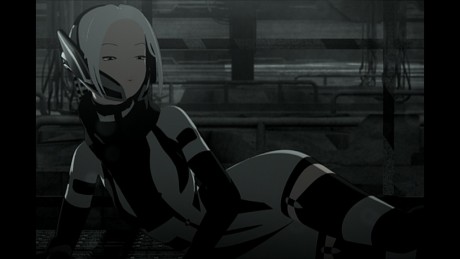 As with the Watts gatebuilders, the Operators are somehow completely dedicated to their ultimate function, shaped like highly hypertrophied castes inside a social insect project dedicated to the transtemporal anthill or interdimensional hive. In a certain all self-aware entities, all guards are down, half asleep, both Operators, gate builders while their support AIs are cheating “sleep”, always prying (which made me wonder about the true sleep function of computers or machines in general). Their whole ephemeral function is to operate unsuspected, restart and reactivate not only themselves but probably the whole civilization and its life support apparatuses. In a sense they are some sort of life support system root operators, whose commands and voice recognition patterns can override automatic routines and age-old, wetwired programming. 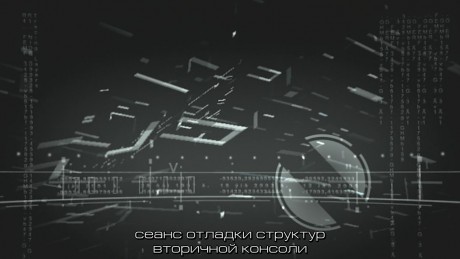 There is an incredible contrast between the hiss, snowcrash white noise, glitchy intrerrupted cyber- mindmeld happening btw Operator/AI command-line shell and the immense quiet industrial spaces all around that screech and echo back. Andrew Oudot’s sound signature ripples trough the whole anime, with every droplet, every snowflake or radioactive fallout. Each breath, each mechanical assemblage and each interface exists inside its own Hz frequency spectrum. The Operator is both completely exposed somehow, also in view of its total isolation, its ablative effects of stasis and sleep, and still it manages to awake higher and higher level processes and power ups along the chain. There is also incredible resistance to this unwelcome wake-up, the override is never taken for granted and Artificial Intelligences are always contesting the feasibility and rationale of this tremendous reboot. The reboot vociferously mumbles into restart, tripping and jamming it’s own rescue signals. 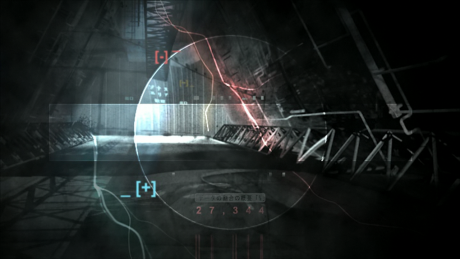