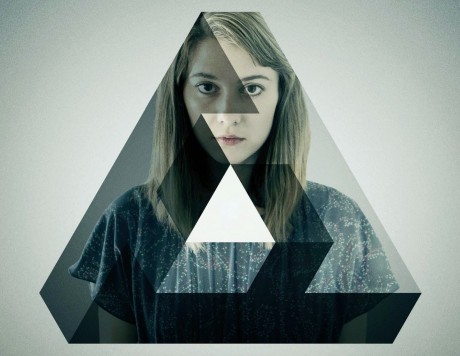 File under: impeccable retro eerie black comedy, weird motel theophany, hypnosis binds us all, exit counsellor discovering the fierce truth about himself. This is definitely one of those movies I fear I will keep watching for decades to come again and again. 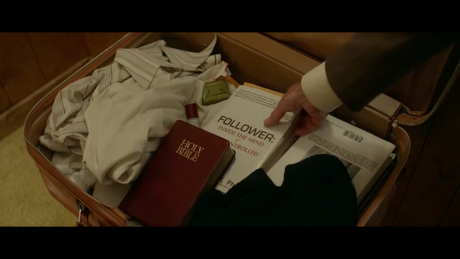 It is a movie that thrives in a twilight region of deprogramming and reprogramming human minds. In a total unexpected way it manages to transforms and re-purpose all the corrective and normative assumptions, while being privy to some dark truths at the end of the tunnel. What kind of tunnel?

We know about Stockholm/Lima syndrome, about the capture-bonding that happens between the hostage and the their captors and inversely. What escapes this hostage/captor dynamic is these deeper reversals and abductions that enable phase transition. Phase transitions that twist good or bad intentions not only into their opposites, but into next levels of integration. These miraculous reversals and subsequent integrations change initial impulses, they record an almost dialectic transfiguration. The the hostage/captor opposition ignores the role of a Trojan horse, a gift in more ways than one. A hidden hermetic gift-trap – the Trojan Horse allows conquering from within. It allows its own assimilation so to be able to better access the hosts body/mind and emerge as the unexpected victor. 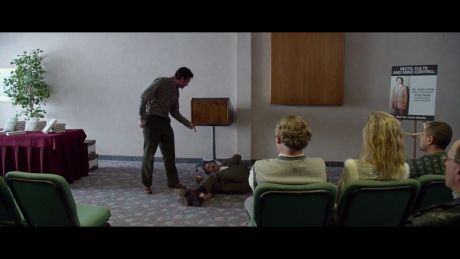 FAULTS has some phenomenal camera work. It feels like low budget (the movie was filmed in 18 days) flicks are the primary carriers of incredible retro-future imagery, a smooth catalogue – look; a distillation of TV shows, advertising, magazine from the cusp of the 70s/80s. This flawless style shouldn’t keep us trapped into strictly XX settings. FAULTS actually brought me back to some older stereotypes about the role of women missionaries from the early days of Christianity – as primary convertors of pagan rulers(unbelievers), in a top down manner (being married to their kings and chieftains). 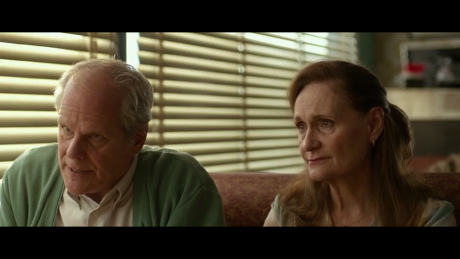 There is also a gnostic sensibility infusing the movie. To be a captive, means first and foremost to be a captive inside matter and also inside this universe. One particularity of gnostic thinking is its initial novelty, their radical departure from previous modes of philosophical or religious thought. The message of dualist gnosticism is essentially positive, even if its nihilistic extensions are driven by darker anti-cosmic doubt and revelations about the ‘evil’ nature of the universe. It posits that one can get liberated, one can change the fate, alter the circumstance one is born in. In consequence one is first and foremost a captive being inside the shackles of ones own mind/body, chained to your parents controls and wishes, to their care as well as their whims and abuses. Since Charles Brockden Brown’s Wieland, or The Transformation: An American Tale (1798) there has been a steady undercurrent of American history-fiction dealing with questions of ‘religious mania’, ‘manipulation’ and ‘going beyond appearances’ (even if it means going beyond sensory impulses). Wieland is replete with ‘voice’ and ‘commands’ – one can always host and mimic various voices and speak trough the mouth of others. Carwin is a mysterious biloquist (speaking in two distinct voices) character in this early Gothic novel, that seems to challenge exactly the sensorial dogma of the time – a dogma that ignored the power of mirage, illusion and authority to emote & move. ‘God Told Me To’ becomes a command for releasing responsibility, the relief in abandoning oneself, and a readiness to channel any kind of teleological higher purpose trough ourselves as hollow meat puppets. 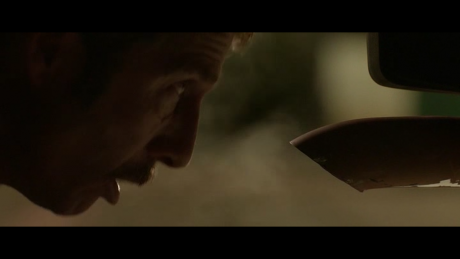 One of the main actors (Leland Orser) plays Anselm Roth – an incredible, pitiful, miserable, human catastrophe of a guy (a character based on the career of deprogramming guru Ted Patrick in the 70s and 80s). I loved his acting and his being a complete failure – this is really rarely seen, a guru going down. 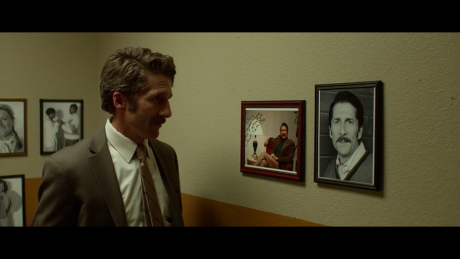 And not any kind of guru, but one that warns and works on the other side of the table – in forcefully kidnapping cult members and reintroducing them back into ‘normal’ societies, their families etc His is one of the most complete failures, he has lost rights over his bestsellers, he is financially bankrupt, debt ridden and chased by his former agents. He is something like the 70s economic Oil Crisis embodied – a figure of total and utter despair that keeps trying and failing. In one of his lowest moments he tries to kill himself by inhaling exhaust gases from his car pipe. It is a great scene that replicates the exact moment of imperfect but horrific and pathetic choking on fossil fuels and peak oil. He fails even at his attempt at suicide. Then he gets employed on a final mission that would mean doing his deprogramming trick again. He is basically employed by parents to kidnap their beloved daughter. 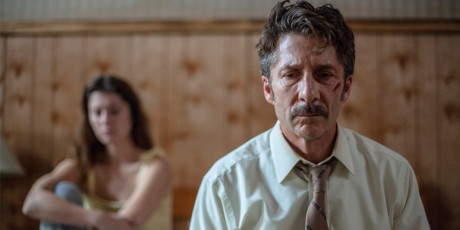 The unsettling heart of the movie is the possibility that one might truly discover hidden doors – ways out of the familiar/familial abuse, of the prison-house of your own education and culture. Doors that are opened at peril – boundary-trespassing transformations that will sweep others as well off their feet. 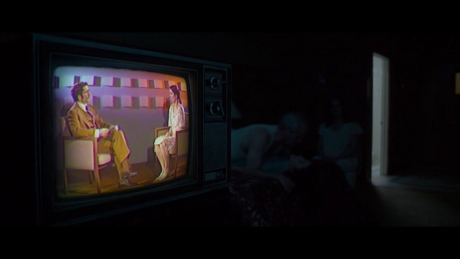 I think it would be a mistake to think of FAULTS as primary another debunking of cultish fervor or irrational return of the repressed. The movie shows that there is method behind it all – a nightmarish and messianic apparition of method and systematic training that can unlock doors locked on the outside. The last messiah maybe just that – a purveyor of beneficent and welcome euthanasia in a world that fears death and seeks pain relief above everything else. A God(Elizabeth Winstead) brimfull of understanding and firmness is being embodied right in between the cracks of deep tectonic activity and fluid affects. 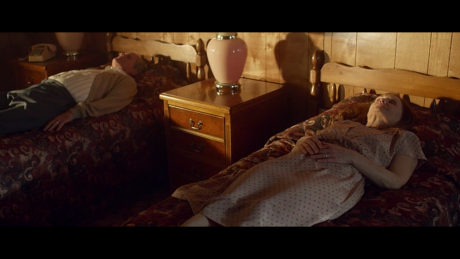 There is a secret behind the title(and eponymous cult) of the movie; a geological as well as ethical wordplay. Faults is about geotrauma and the human geology of personal fracture. Human mistakes (faults) reverberate and also the (Orgone?) energy released by the strain release provoking earthquakes – recaptures the power of mistakes, errors and failure accumulations.  The shifting dance between the two actors under the pull of these underlying fractures and transformations is truly spellbinding – and nothing will prepare you for the grand finale. 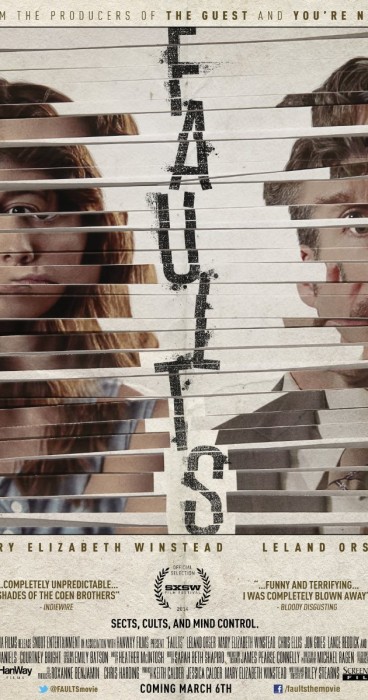 FAULTS is for me one of most mordant well-packaged gifts of the Century of the Self, revealing a new powerful convergence between neuro-linguistic programming, EFT(emotional freedom techniques), motivational growth and leadership training, between coercive cults and their opponents.