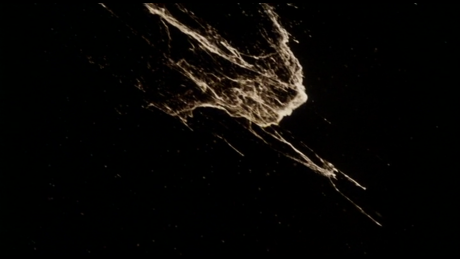 File under: paleoastronautic xenotheological space oddity, police procedural meets occult cosmic drama, paranormal conspiracy mind control epic, contemporary demonology docu-horror. Fuck labels, this film is truly hard to pin down, but what comes of it is a brooding, eerie masterpiece! The last two movies I’ve tried to review have been kindly suggested by Felix Petrescu/Makunouchi Bento for which I am highly thankful. I think both FAULTS and God Told Me To support and feed into each other. If you are interested in just the fear aspect – this movie will produce more anxiety and creepiness than the Omens, Exorcists movies and all the other demonic possession dramas put together. It does that because of its technoccult revisionism – of how it trespasses the proper trappings of Catholic Antichrist or Satanist cliche. How it does that is bewildering, anarchic and relentless. It is a film replete with infertility fears, religious musings and symbols that then turn into a complete mystical meltdown about galactic entities and alien shipwrecking and what it is to be stranded on an alien terrestrial world. 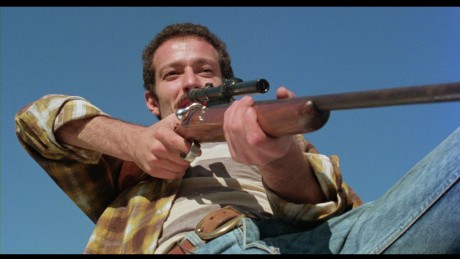 Tony Lo Bianco is a faith- possessed man. He harbours an inexplicable religious piety (to his colleagues, ex wife, lover) while he embarks of a nothing short of an initiation journey of painful self-discovery, nothing short of  Harry Angle/Mickey Rourke in Angel Heart by Alan Parker ten years later. 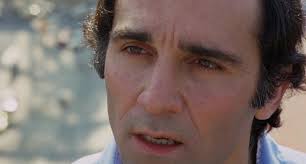 It is not a movie that caricatures fanatical beliefs or that will settle down to a few blasphemous remarks and mind control accusations. It takes as granted the issue of an inhuman force, and how such force might trigger mass suicides and acts of self- immolation in  contemporary societies in a big city (NY). God Told Me To is not just about hyperbolic supernatural objects – it is also about human uses and both incredible opportunism and subservience offered by a Godly apparition. Tony Lo Bianco starts by investigating that mystery of mysteries of contemporary societies – the amok killer, the berserker, the plague of American (and Western by extension see Germany, Norway or Finland). What he finds out is a hellish vision. At first he tries to motivate these apparent irrational or unexplained behaviours trying to pinpoint to addiction (drugs) or social problems (cults, hate groups), while the answer is always the same: God Told Me To.  Why is that, why is everybody putting the blame on a God, what has God to do with all this mayhem? In the initial scene, when Tony talks to the young amok sniper perched on a water tower above the city – he himself is giving us disturbing answers to his own question. You can kill “only people you don’t know” and this means everybody on the streets, in the anonymity and isolation of big cities, nobody knows each other, which makes it easier to kill. Like almost all terror attack, the targets are mostly random people, passers by, people disconnected from each other – nothing brings them under same higher purpose. While faith can motive the most atrocious acts, what characterizes it is the power to unite (in tragedy) and counter a general cosmic drift. The opening title sequences of the movie is mesmerizing – some macro- filming (no digital special effects) of the materiality of substance over a black cosmic background. We have been trained to see purpose (see the discovery Cosmic Background Radiation) in the most minute deviations from homogeneity (entropy). Small divergences, tiny variables get amplified into galactic structures. We see a bizarre dance of creation, of filamentous abstract substance flowing along invisible micro-currents (dark energy?) inside a powerful dissolving drift. What we miss the the missing mass, the absent 70% or more that is shaping substance and structure. Is it biomass slowly self- synthesizing itself, or maybe it is the panspermic falling onto primordial earth? 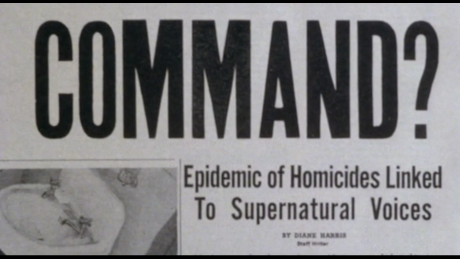 Classical economics and especially Adam Smith talk about the invisible Hand of God that produces emergent qualities, unexpected outcomes out of the market chaos, out of purposeless and self-interested pursuits of economic agents. Thus imagery has returned with the new complexity theory but it has also obscured something else – the very visible forces and the retrospective need to find a telos – to project a purpose or aim into the system from a future and final perspective. The invisible Hand of God may have been inspired by contemporary scientific discoveries of real but invisible forces such as gravitation or electricity. Electrical theology was espoused by many early researchers into atmospheric phenomena (such as Benjamin Franklin) and the newly discovered forces where changing beliefs about superior and invisible forces. 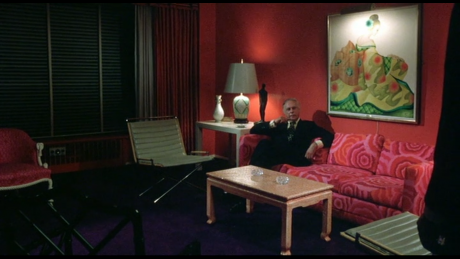 At some point Tony Lo Bianco is being confronted with an elite group that knows in advance what the will of ‘God’ tells. He asks one of them ironically how are they being bought – if they are being tipped about the stock market by ‘God’. As opposed to the invisible hand that pulls the trigger, we have the voice – an disembodied acoustic phenomenon that is also non-representational. The voice can be hardly used to locate the speaker and voice in the head abound, there are always other voices jamming your signals. As mentioned in the FAULTS post I wrote, Wieland by Charles Brockden Brown open the topic of acoustic illusions – a very problematic and highly sensitive aspect of biblical (and Koranic) tradition: the doubt about images/representation and the belief/revelation of voices/unrepresentable entities. Voices of God speak out of the fire, the burning bush, the sky, the thunder – but when they embody, when they get human or animal or even object form (such as a Golden Bull) then they are to be criticized as fallacies of idolatry. Idolatry and evil by extension is eminently visual, while the voice/thought (logos?) of God is always a proof or direct contact, or pure transmission. One can also substitute voices, speak in tongues and by doing that – intelligence shows itself as receptacle, a vehivle of memetic automaticity. 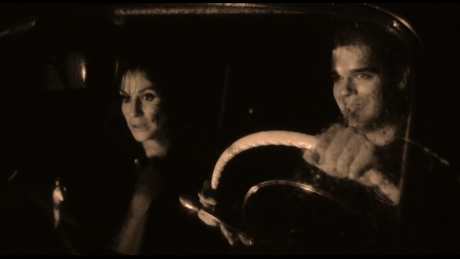 God Told Me To – uses the documentary/mockumentary format to great effect. It always interviews victims, witnesses, their relatives and disconnected characters to thicken up the plot. I love all the street scenes and the flashbacks. During one such flashback we enter another movie – a noir black and white 1951 time-travel to a moment when one of the characters appears to have been abducted and inseminated by aliens. 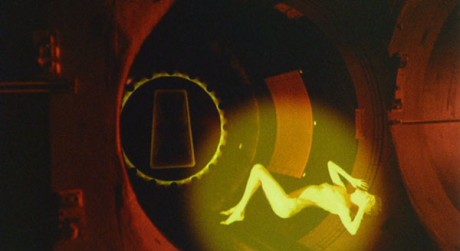 Virgin birth is not a signifier for monstrous or blessed birth but of the cosmic entity coming down on earth. The question of what if messiah truly got here transforms into what if the Aliens Have Landed? “Die Ausserirdischen sind da: Umfrage durch Matthes & Seitz anlasslich einer Landung von Wesen aus dem All” a German book from 1979 does just that. It starts with the improbable so as to push towards new positions and radical questions.

The main initiator of these voice – the leader of a religious cult (and potential human-alien hybrid) is played by Richard Lynch. Rychard L has been generally typecasted as a villain in many movies due to his generally scarred/burned appearance. He plays an incredible spooky role in God Told Me To – a radiant ethereal being living in the labyrinthine underground of the city using his super powers to talk and command to outsiders.  There is an almost total iconographic collapse and bizarre coincidence with Rychard Lynch the actor having put himself on fire in 1967 during a drug abuse incident that happened in NY Central Park. He basically suffered burns on 70% of his body surface and remained permanently scarred. 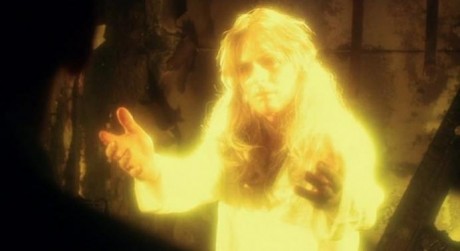