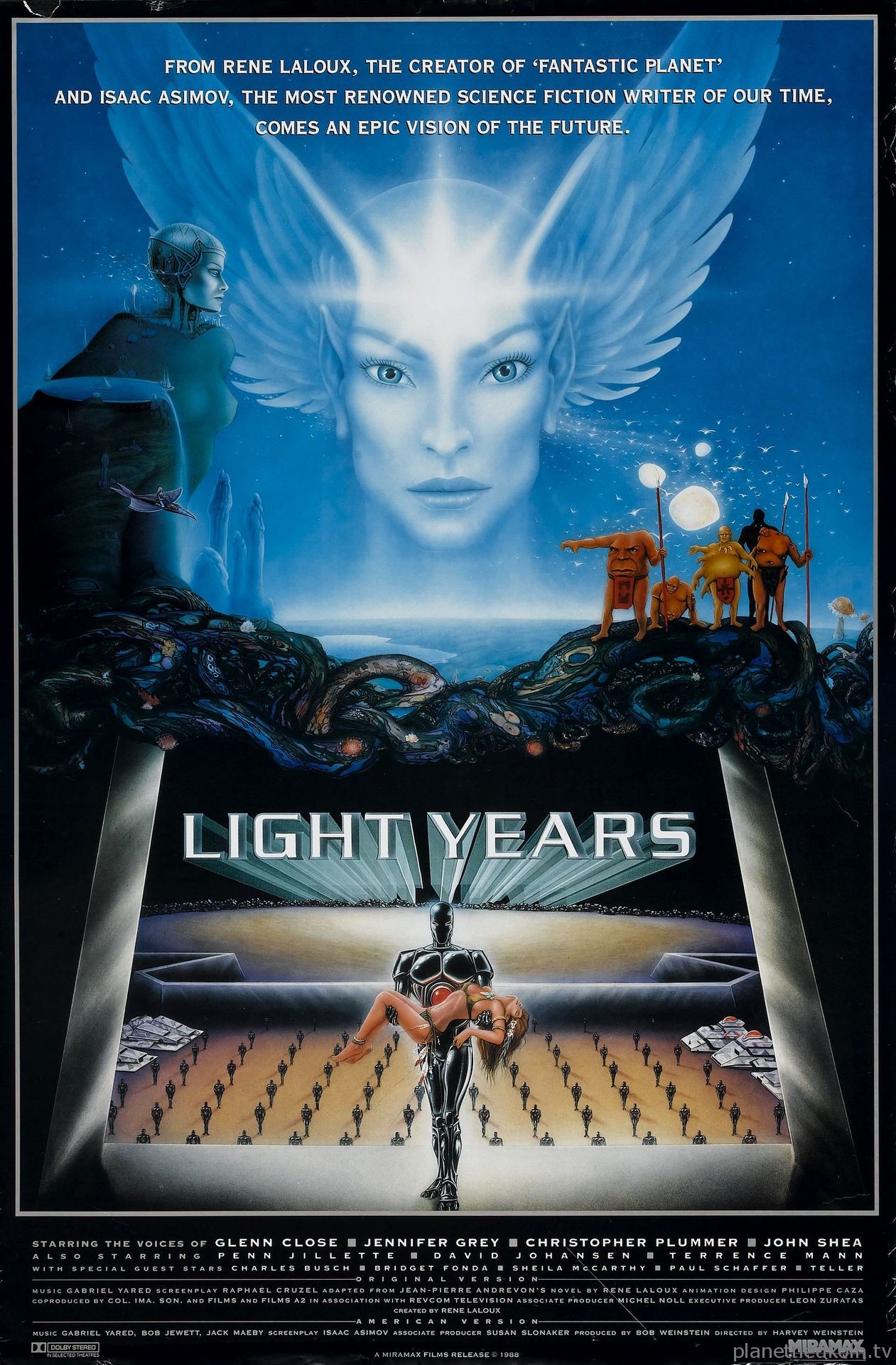 Gandahar (a.k.a. Les Années lumière, French for The Light Years) is a 1988 French animated science fiction and fantasy film. The original version was directed by René Laloux, and was based on Jean-Pierre Andrevon‘s novel Les Hommes-machines contre Gandahar (The Machine-Men versus Gandahar).

An English version was directed by Harvey Weinstein and produced by Bob Weinstein, while noted science-fiction author Isaac Asimov made the revision of the translation. The English title is a translation, not of the original title, but of the original tag line “Les Années lumière” (“The Light Years”) as seen on the French poster.[1]

The animation was in colour and ran for 83 minutes. Production work was done by SEK Animation Studio of North Korea. The film is notable for its strange scenery and exotic flora, fauna, and bizarre inhabitants.