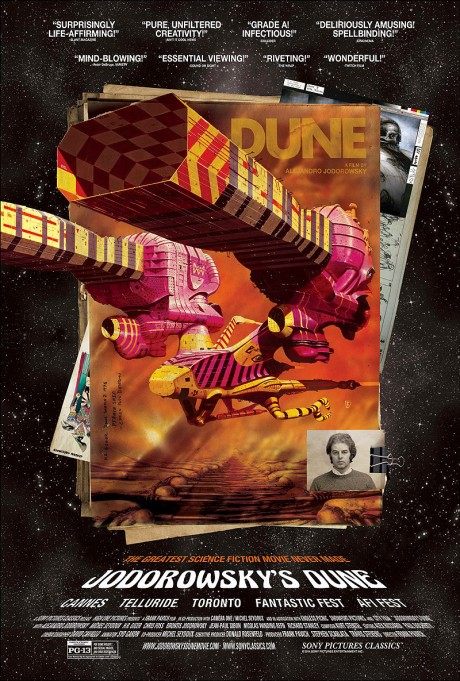 Being a Frank Herbert’s Dune fan I always thought that a sci-fi masterpiece like this, so complex and rich, deserves a glorious visual adaptation.  If someone was cut for the job, then the person couldn’t be anyone else but Jodorowsky.

“Jodorowsky’s Dune” is a documentary by Frank Pavich. It tells the story about Jodorowsky’s unsuccessful attempt to adapt the book, although he managed to convince to take part in his project artists like H.R.Giger and Moebius for set and character design, Pink Floyd and Magma for the soundtrack, Dali to play the Mad emperor, but also David Carradine, Mick Jagger or Orson Welles for some of the roles.

The documentary suggests that Jodorowsky’s attempt was not in vain but influenced later s.f. movies like Star Wars, Contact and Prometheus.