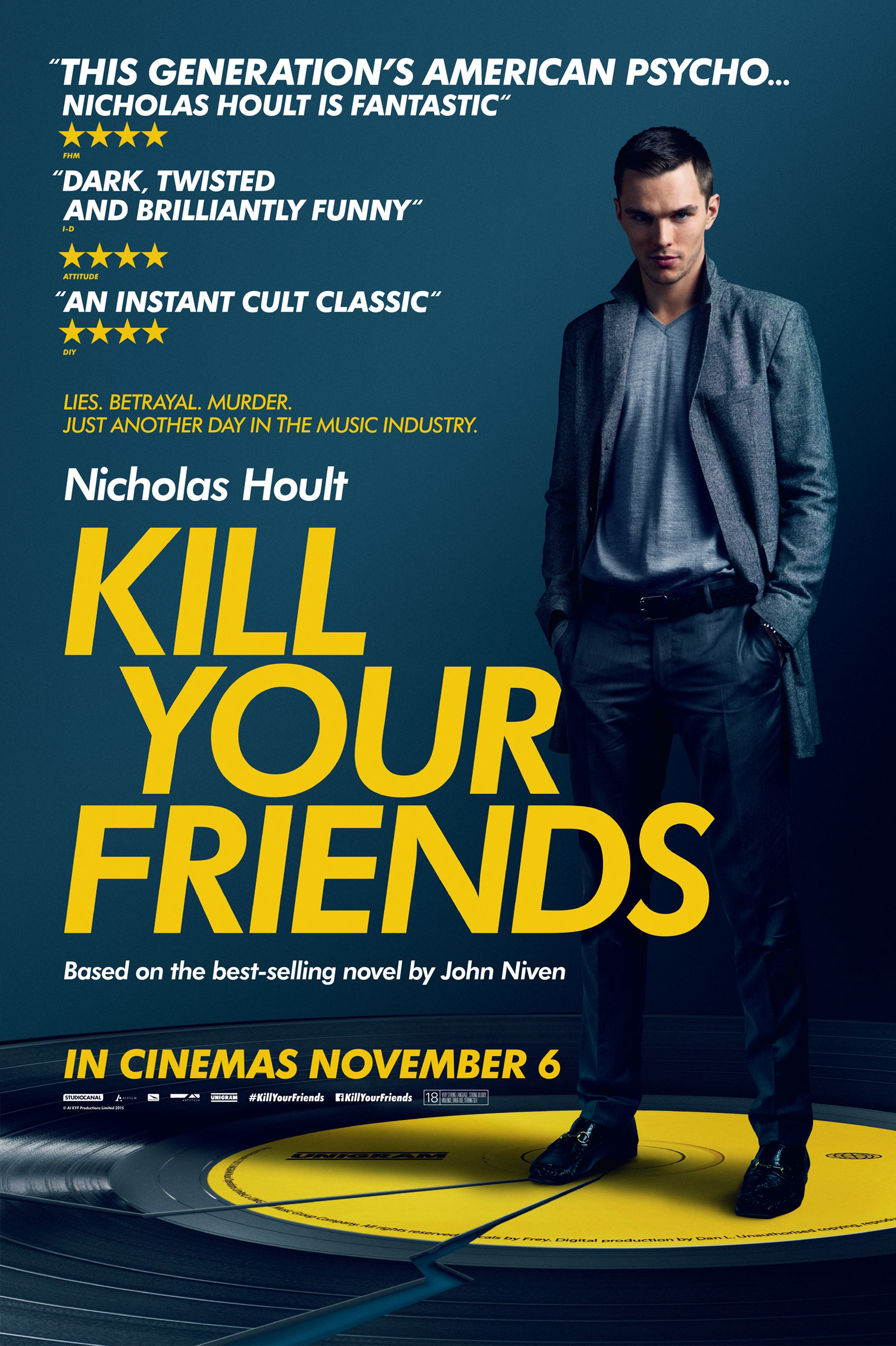 Kill Your Friends is a 2015 British dark comedy crime–thriller film directed by Owen Harris, script written by John Niven based on his own written 2008 novel of the same name. The film stars Nicholas Hoult, Craig Roberts, Tom Riley, and Georgia King.[3] The film was selected to be shown in the City to City section of the 2015 Toronto Film Festival.[4]

London, 1997; the British music industry is on a winning streak. Britpop bands Blur, Oasis, and The Verve rule the airwaves and Cool Britannia is in full swing. Twenty-seven-year-old A&R man Steven Stelfox (Nicholas Hoult) is slashing and burning his way through the music business, a world where ‘no one knows anything’ and where careers are made and broken by chance and the fickle tastes of the general public. Fuelled by greed, ambition and inhuman quantities of drugs, Stelfox lives the dream, as he searches for his next hit record. But as the hits dry up and the industry begins to change, Stelfox takes the concept of “killer tunes” to a murderous new level in a desperate attempt to salvage his career.