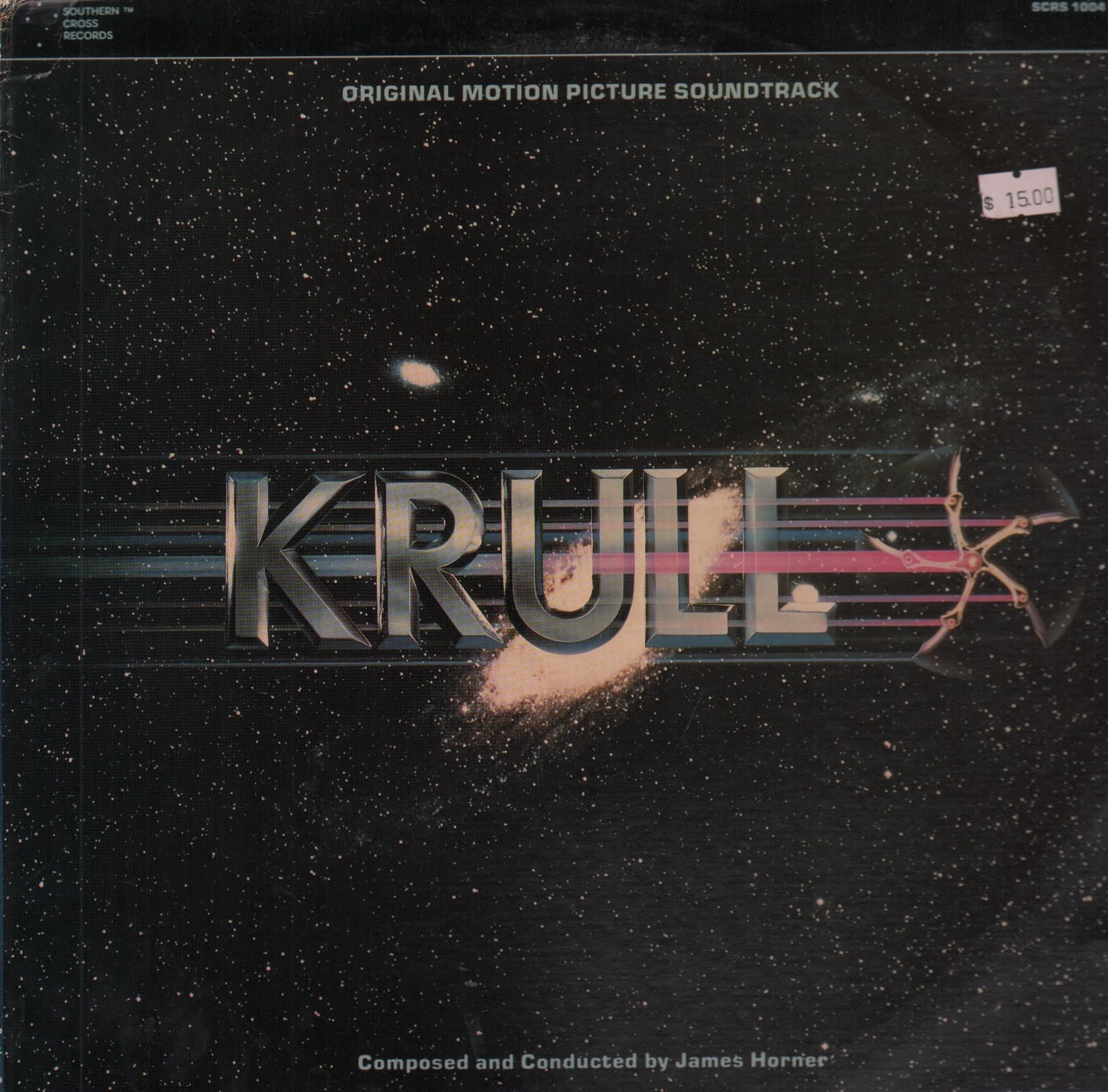 Krull is a 1983 British-American heroic fantasy–science fiction film directed by Peter Yates and starring Ken Marshall and Lysette Anthony. It was produced by Ron Silverman and released by Columbia Pictures.

The film was one of the most expensive of its time. Twenty-three sets were built for the film, covering 10 sound stages at Pinewood Studios, London. Other filming locations were Lanzarote in the Canary Islands and Cortina d’Ampezzo, Campo Imperatore, Italy.[citation needed]

The dub for the death screams of the Slayers and the demise of the Emerald Seer imposter was taken from the Mahar shrieks in At The Earth’s Core.[citation needed] The Fire Mares, steeds that travel so fast they leave a trail of flame and can effectively fly, are played by Clydesdale horses.[1]

Despite persistent rumours that the film was meant to tie-in with the game Dungeons & Dragons, Gary Gygax stated that “To the best of my knowledge and belief the producres [sic] of Krull never approached TSR for a license to enable their film to use the D&D game IP.”[2]

The film score, which was composed by James Horner and performed by The London Symphony Orchestra and the Ambrosian Singers was released on Southern Cross Records, and has been re-released on CD in various releases by labels. It has been commended as part of the composer’s best early efforts before his more famous post-1990 era works.[3]

The score features traditional swashbuckling fanfares, an overtly rapturous love theme and other musical elements that were characteristic of fantasy/adventure films of the 1980s, along with incorporating avant-garde techniques with string instruments to represent some of the monstrous creatures in the story. Additionally, to accompany the main antagonists, the Beast and its army of Slayers, Horner utilised Holst-like rhythms and groaning and moaning vocals from the choir. Also of note is a recurring “siren call” performed by female voices that starts and bookends the score, and appears numerous times in the story to represent the legacy of the ancient world of Krull.[4]

Horner’s score is reminiscent of earlier works, particularly Star Trek II: The Wrath of Khan. Some pieces of the music were reused for the area atmosphere nearby: Space Mountain: From the Earth to the Moon (1995–2005)—now Space Mountain: Mission 2—atDisneyland Paris.[citation needed]

The score has been released numerous times on album. The first was a 45-minute condensed edition, which was released by Southern Cross Records in 1987, featuring most of the major action cues, three renditions of the love theme and the music from the End Credits. However, music from the Main Title sequence was omitted. Southern Cross Records later released Special Editions in 1992 and 1994 (the latter a Gold disc) with a running time of over 78 minutes, expanding on all of the previously released tracks, featuring the Main Title music and other action cues.

In 1998, SuperTracks released the complete recorded score in a two-CD set with extensive liner notes by David Hirsch in a notoriously designed booklet,[3] however, this release, along with the 1992 and 1994 releases, have become rare and very expensive collectible items. In 2010, La-La Land Records re-issued the SuperTracks album, with two bonus cues and new liner notes by Jeff Bond in a limited edition of 3,000 copies, which sold out within less than a year.[citation needed]

Krull holds a 33% positive rating on the film-critics aggregator Rotten Tomatoes, based on 18 reviews.[5]

The film made over $16.5 million in the US,[6] failing to bring back its reported budget of over $45–50 million.[citation needed] However, it has gained a cult following over the years since its release.[7]

Some critics praised the film. Janet Maslin of The New York Times found the film to be “a gentle, pensive sci-fi adventure film that winds up a little too moody and melancholy for the Star Wars set”, praising director Yates for “giving the film poise and sophistication, as well as a distinctly British air”, and “bring[ing] understatement and dimension to the material.”[8] Baird Searles described Krull as “an unpretentious movie… with a lot of good things going for it”, noting the film as “very beautiful, in fact, a neglected quality in these days when it seems to have been forgotten that film is a visual medium.”[9]