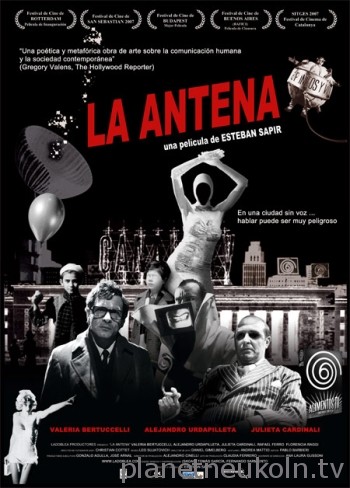 written and directed by esteban sapir, la antena (the aerial) is an argentine black and white extravaganza: the inhabitants of a dystopian future-world have lost their voice, numbed by the sinister brainwashing effect of the television being pumped out by the so called mr TV. the totalitarian mr TV kidnaps the only person left with a voice, a haunting singer, who has an infant son with no eyes. the only way to smash mr TV’s tyranny is to find the city’s abandoned transmitter aerial. 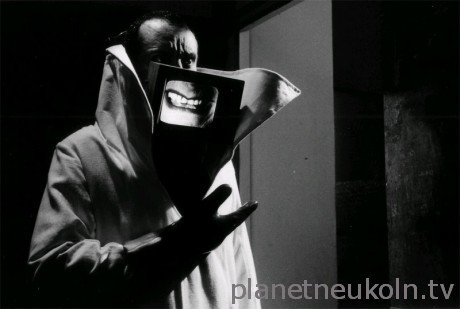