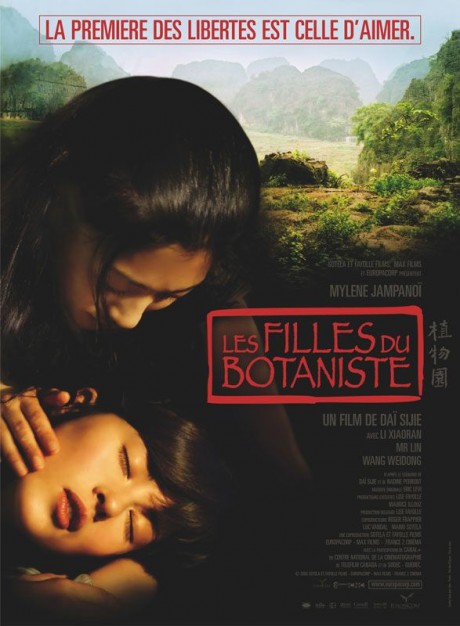 Les filles du botaniste (Chinese: 植物园, Botanic Garden) is a French and Canadian film, with the background set as in China. It was released in 2006. Its English title is The Chinese Botanist’s Daughters.

Set in China in the 1980s or 1990s, the film tells the story of, Li Ming, a young orphan of Tangshan earthquake, who leaves to study at the home of a renowned botanist. A secretive man and commanding father, he lives on an island that he has transformed into a luxurious garden. Anxious to share this solitary life, his daughter, An, welcomes with joy the arrival of the female student. Soon their friendship develops into a sensual, but forbidden attraction.