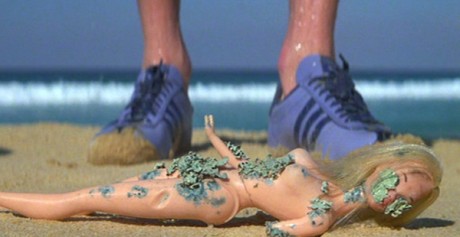 So good to have the planet back! And providential to have it on biserika.ro (the church), a truly ecumenical place to be. I feel indebted to many movie diggers that have gone faster, further and deeper than me – and who continue to nourish me with the most exquisite pieces of their rarest fruits. But this is a movie I am sure few have dared to look upon – a movie for those dedicated to  transforming every piece of wood into a gaping alligator maw, for those who manage to sling a vine around their neck and realize there is not much difference between a liana of a creeper and the deadly embrace of a snake. This is not a must-see one, it doesn’t merit any hyperbole, but I still think it is an amazing piece of eerie cinema. I am posting the Long Weekend for the hidden ancestral revenges that lie in wait around every camper, every jogger and every unsuspecting fisherman. I am also posting it for our future BODROG kickstarter (may the gaping mouth of the deep keep our filming hand steady).

The Long Weekend is an unsettling dark and bizarre horror camping movie set on a pristine Australian beach and involving an Edenic ‘fallen’ couple that manages to fall even more and more apart. Horror camping movies might constitute just an offshoot of cabin fever movies in somebodies list, but for me this “picnic in the jungle” variety is very far from the claustrophobia of a Northern forest vacation. First of all it is an inversion of some of the dearest myths of our Endless Summer -ideals, it is located in the middle of surfing culture, on the spot of some of the best beaches in the world. If you can inject eeriness into some of the sunniest and most (apparently) benign places on the planet – that is really something! It is by no means a brutal, body horror movie, there are no real swarms of insects, cannibal human-eating, human-biting, human-stinging mutant beings. All the species are quite darling creatures. It is a very broody, atmospheric build up. Well, actually maybe there is no built up at all – one might say there are countless signs of misalignment, of nature waiting to pounce, of animal eyes watching in the dark. What I think is great is the actual camera view look of the animals and plants themselves that keeps following, stalking and prowling around the white, rich folks straight out of suburbia, straight out of 4×4, specialized tents and campfire guitar songs. A look that works it’s way out of potted ferns into forest. 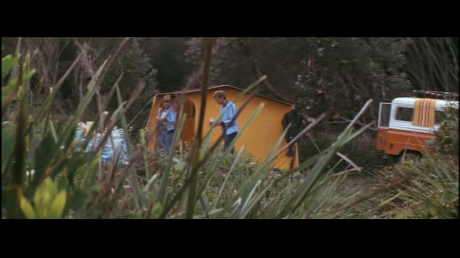 There is a whole world out there in the woods, around the beaches, in the bush – and humans show (especially the new colonist modern denizens) an incredible suicidal capacity. In fact they seem to be inviting all the interlocking webs and trophic chains to track them down. Frozen meat, grills, everything is asking for uninvited guests. Loud noises, shotguns, arrows – the whole camping gear is packed with violence, and it is inviting violence in its turn. What is important is that we don’t have a culprit – there is no conspiracy of the living, even if there could always be a Great White Shark biting into the surfboards looking like seals from below (let’s not forget the 70s are the JAWS decade). 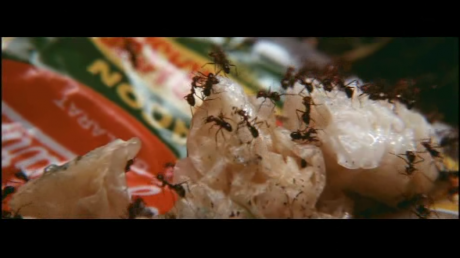 The culprit doesn’t exist – it is just a perfect fit between the city-grown and raised (but nature lusty) citizen and their favourite relaxation. What i am saying is that – there are no proper species -specific  terrors, but an immense reservoir of deadliness mankind is carrying in its backpack. The vacation backpack is itself the Pandora Box –  it is full of insecticides, fire-starters of all sorts, everything is packed and prepared for self-destruction. Spoiler alert (common I am sure not many will actually look into this one): it looks like all remains of former camps look like post-disaster areas, and it is true, it made think again about the empty bottles, packaging and plastic cups standing around. What I think is great is that it’s not an overtly ecological movie – it doesn’t hold any high moral lessons(don’t go into vacation? don’t shoot blindly like a fool? don’t smash any eagle eggs?), it just makes clear how much of natural settings are perfect for unnatural man-made deaths. 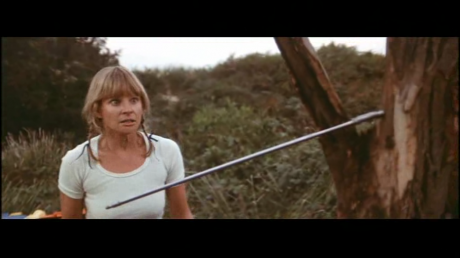 There is also another presence – or another manifestation when entering the bush and exiting the city. The super-natural or the unexpected, the weirdness of contact with outer realms is based on getting lost. Loosing the auto-route is a very effective plot device to enter another realm – and if all roads lead to the city, then all the other ways don’t lead out of the wild. Wilderness is a looped, untrodden road, that brings you to the same signs, the same empty canister, the same grove you’ve been passing trough, everything looks the same to the untrained eye and everything leads into nowhere. 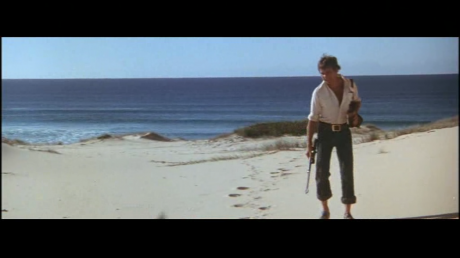 I am not going to spoil the surprise of the ending – but I have to foretell that nature and civilization seem to work out their black magic in tandem, they hold a deadly spell upon the heroes (or anti-heroes) and every opening out of the wild into civilization doesn’t mean the danger is over.  There are many arcane returns and revenges and boomerang effects in this unsophisticated movie. And maybe this is the great quality of the ozzie forgotten classic – that it clearly show the ways the Boomerang plots its own route back to the hand that throws it aimlessly. There are some prolife quips(a traumatic abortion) but the story of the abortion and betrayal is itself a complex white fear labyrinth – and I think it would be a mistake to see the conjugal troubles as the revolving core of the movie.  Apocalyptic signs abound. There is always a strange ululating sound in the distance by some unnamed species, sometimes a Dugong mother or cub wailing into the night. There is also an incredible zombie dugong that is somehow haunting the beaches – I found this silly twist actually endearing and a good break to the humanist brain-eating apocalypse. Dugong’s and other Sirenia (sea cows) have been slaughtered mercilessly to provide raw oil for illumination – one could say they (together with whales and countless walruses) have been providing the first kick of the industrial and electrical age (think of all the oil illumination systems), pre- fossil oil for a long time, so they should be haunting us.  They were also the living basis for a lot of the mermaid legends of old. 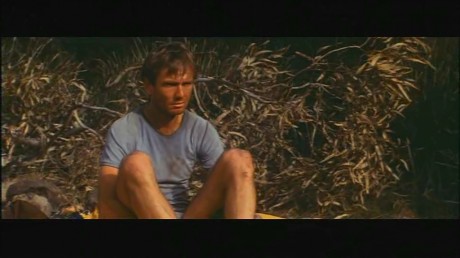