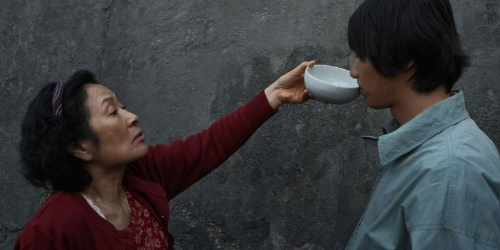 Really had to push for another Bong Joon-ho movie. Some reviewers said that for this Korean director it’s really impossible to make any bad movies. 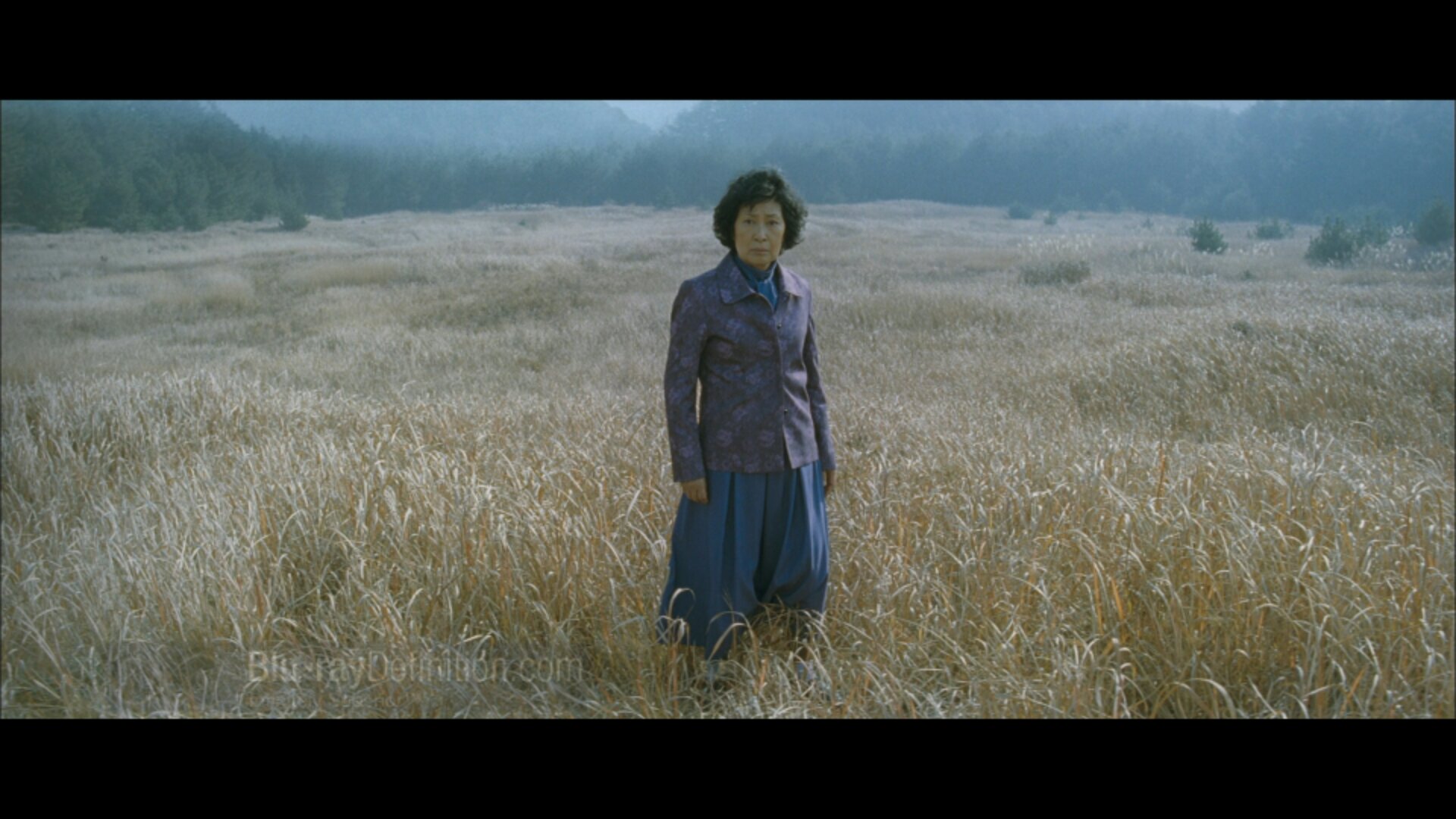 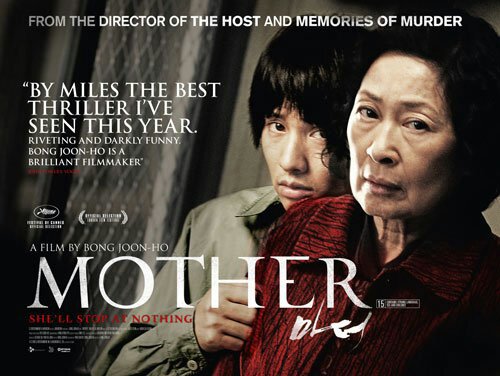 His latest movie I would put back to back with a Romanian contender The Child’s Pose by Călin Peter Netzer. The main figure are incredible, not really seen (since possibly epic Indian melodrama by Mehboob Khan from 1957 Mother India?!) mother figure.
I’m sure this incredible heroic(bad hero?) mother figure will both gives you the creeps and inspire you. Everything is filmed super crisp, with every wheat, crack in the wall, growing pool of water in perfect clarity. Noir cinema in the 40s has developed this incredible Nemesis – saviour angels gender roles; girlfriend figures that fight to prove their boyfriends innocence. Against all odds they become the detectives, the forensics and lawyers.
But this Korean movie shows an even deeper entanglement where son and mother, killer and collaborator cannot be pulled apart, especially in the search for truth.
Bong Joon-ho is dwelling deep (maybe on the trail of Nagisa Oshima) in the village structure, uncovering prostitution rings, sex-for-food (Rice Cake girls), acupuncture mafia, corrupt lawyers and their mental hospital director friends.Mobile phones also have an incredible role to play – they are tweaked by high school students and become pervert photo machines. The mobile phone becomes the most coveted proof around, beyond DNA, beyond blood tests – the photo archive of all the village misdeeds and kiddie home porn misery.
And behind it all is the mother lady, which defintely might become one of my favorite actresses – Hye-ja Kim. 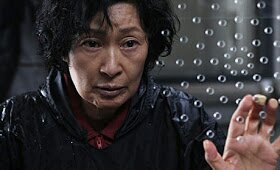 It’s really a good exercise to compare her with Luminița Gheorghiu form Poziția Copilului. They both cover up for their sons ineptitude. They are both adamant in clearing the dirt left behind and somehow they are both deeply involved and responsible.. But there is a difference, a class difference I might add.
MADEO introduces basically a modern village mother as the heroine. She is also a both funny and dedicated character. She is really (if we compare with Poziția Copilului) the mother of the child from the village that got killed but having a hilarious relationship to her impaired son. He is mommy’s boy, but also the perfect victim of the villagers scorn. She is not economically powerful in any way. No strings to pull but her traditional healing skills, her conviction and her illegal acupuncture practice. She’s in debt and getting more so during the movie as she tries to prove her son’s innocence by hiring either expensive lawyers or her son. What she uncovers, without the help of the police will make herself go ever deeper into the crime story…