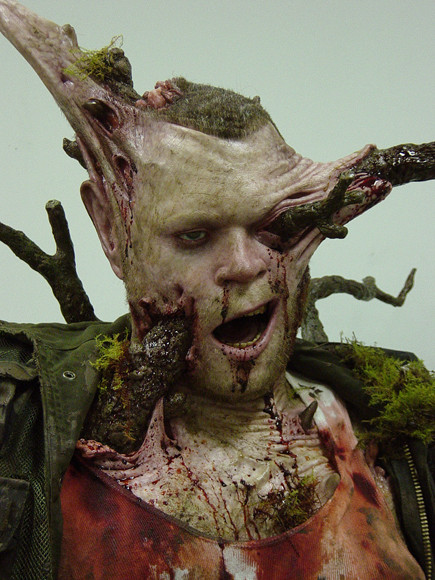 Amongst humanoid embodiments of primeval foetid putrid forces and plant-like elementals roaming imaginary marshlands, the Swamp Thing (DC) and Man-Thing (Marvel) are certainly the most famous comics characters. As anti-city, as inverted city ecosystem – the swamp and marshland is probably the ur-form of the Netherworld, the first green Hades. Swamps are viscous cities harboring incredible larva activity and great variety of lifeforms, from leeches to water lilies. A lot of today cities hide away their murky, dark, muck-drenched origins and initial dependence on marshes. Marshes were insuring that a life-giving layer was laid before cities and agrarian communities started growing. Various savanna animals wallow in the mud becose of its enriching Microbiome and perfect protective powers against the sun. Human civilization itself has recuperated fertile land from the swamps, using irrigation systems and even particular water-sucking kinds of trees such as the Eucalyptus to drain wetlands. More than forests, more than riverine milieu, the wetland stagnant waters of the swamp is the initial model biotope for most agrarian cosmogonies – gods are issuing forth from the ooze and muddy waters from Egypt to India to China and beyond to the Americas. The marsh was a putrefaction accelerator, both plentiful and immensely wicked, always to be drained but never completely eliminated. Whenever the irrigation channels got clogged, because of lack of maintenance and closely associated crumbling power structures, the swamp reasserted its primeval role. 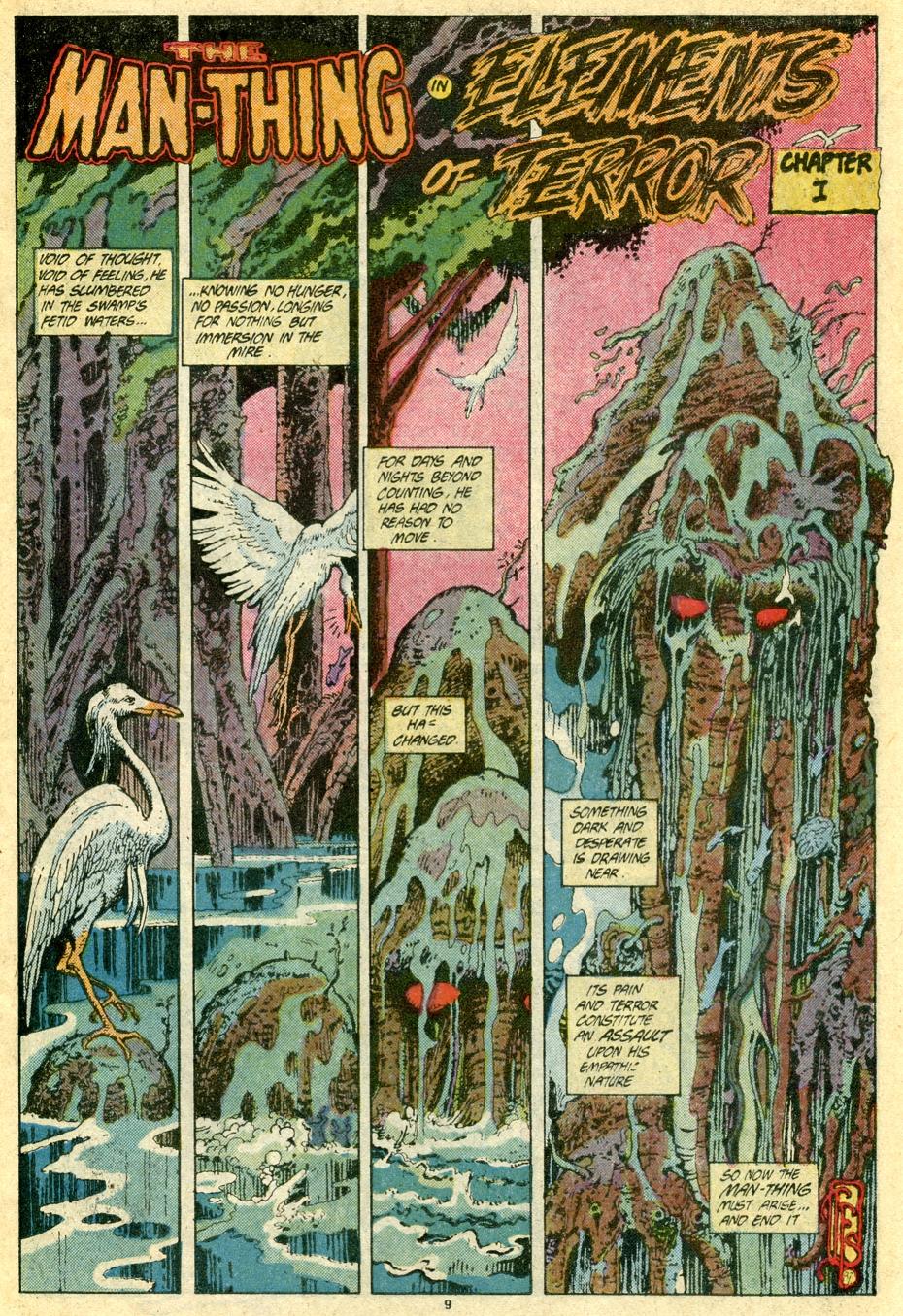 One may ask why are swamps traditional places(for us) of pestilence, of disease and corruption? Even if most of us have never entered or ventured into a swamp in their life (and will probably never do), they stand dangerously close in our mephitic catalogue – next to sewers, canalization systems and water purification plants. All these urban mainstays, symbols of civilization and modern hygiene are nothing but sublimated swamps, making sure the swampland is being kept apart/out of sight and smell for most of the time. We only realize their kinship on an especially torrid day or during a particularly strong rainfall episode. Cities have pushed the swamp underneath, all the sludge being deposited and filtered trough containers and special tunnels.

Swamps are breeding grounds of abominations, life that should be dead but yet isn’t, a home for the notorious alligators and giant snakes with film genres of their own. But big carnivorous animals and top of the food chain predators are the least of your problems. Swamps have a special association with mosquitoes and their unicellular parasites. They are the main cause of death – malaria transmitted to humans, always a biological limiting factor in human populations and their encroachment on swamps. Malaria has plagued human populations since time immemorial, from ancient Rome to the colonial era, when various Imperial administrations were hustling each other for quinine and other antimalarial remedies, essential for their jungle expeditions and civilising mission.  Swamps have preceded humanity and have been a breeding ground for many lifeforms before the Great Drainage started pushing them away, although they never went away. They lurk around our campfire tales, or more recently during cinematic or comic book revivals. 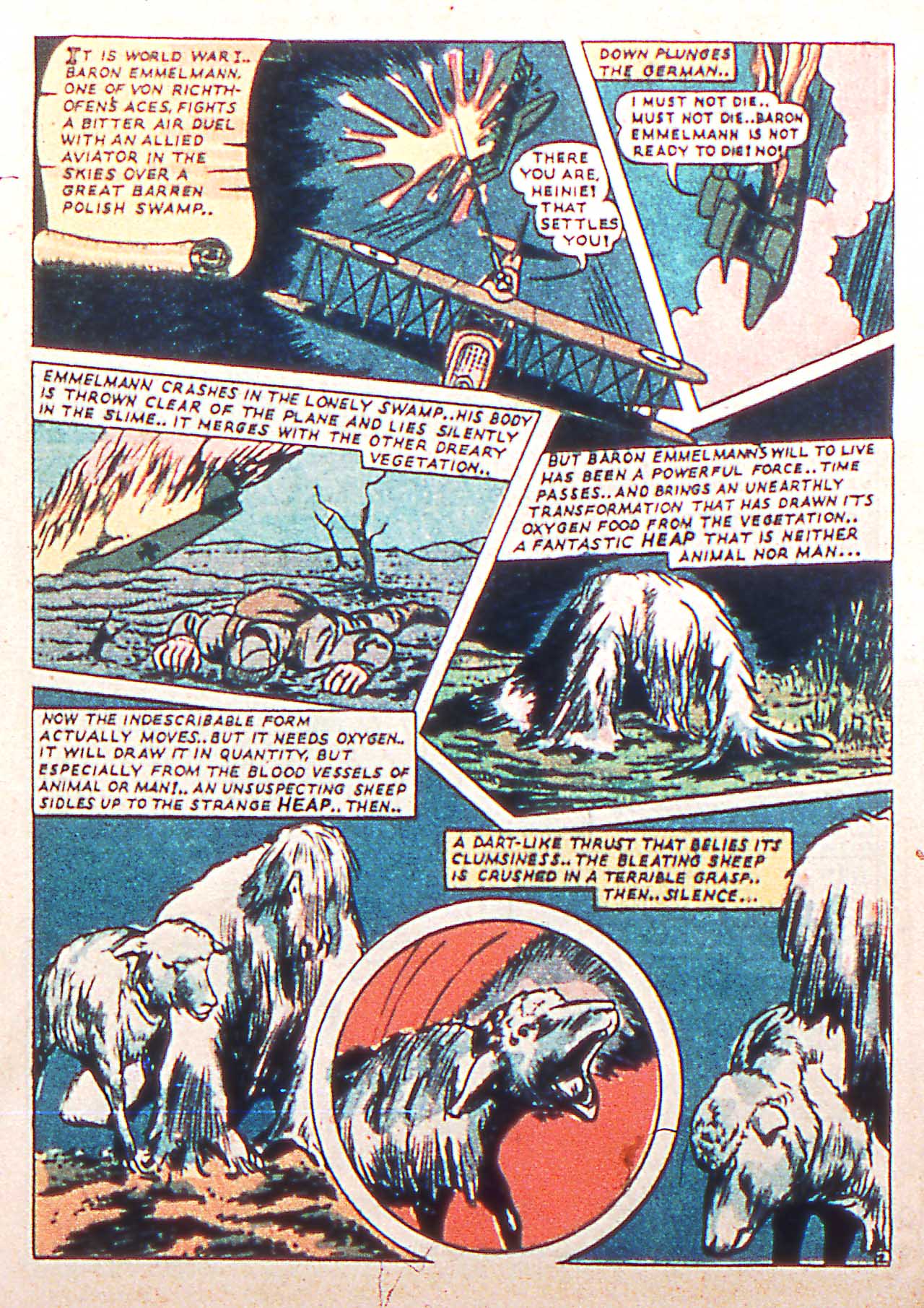 Man-Thing is a movie from a time before Marvel- Hollywood struck gold. It is a TV movie with an unlikely and bizarre monster, harking back to The Creature of the Black Lagoon(1954) or Attack of the Giant Leeches(1959). There are comic book precedents for the Swamp Thing and Man-Thing and The Heap was the original plant-like, earth-matter monster, looking more like a moving haystack. Nevertheless, The Heap was the embodiment of the marshes, a cadaver of a german IWW pilot mingled with decaying vegetation, animated by putrescent regenerative powers and a neo-vitalist triumph of the will.  Under his no-mind, no-identity, no-humanity form, he shambles trough the 40s comics fighting all sorts greater evils. The Man-Thing in this movie is a veritable descendant of The Heap, awoken as guardian of the interdimensional portal in a prophetic peak oil cautionary tale situated in an Native American reservation. That interdimensional should be accessible when we think about the marshland/urban civilisation as a Biogeographic threshold, the ancient Mesopotamia, Nile, Indus, or Yellow river Delta biome, a Nexus underscoring the historically convergent but geographically differentiated pathways. 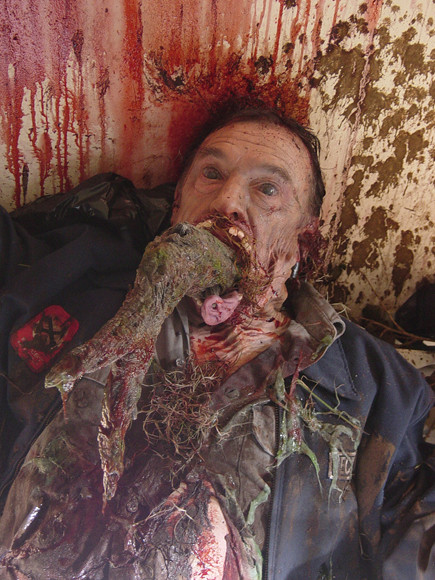 Man-Thing had a Lovecraftian upgrade with an eco-horror tinge in what could easily be an occult crime drama having Louisiana as a backdrop (although the original comic book takes place in the Florida Everglades). The laboratory connections of the initial Man-Thing comic series are erased and the scientist turned monster becomes a Seminole Shaman: a Guardian of the Dark Waters – protector of the eerie swamps and of expropriated native lands. Initially nobody(outside of what most considered native superstitions and bogey man stories) believes that Man-Thing truly exists. All disappearances and cadavers are attributed to the swamp and its various deadly creatures. In due time, a new, brash young city Sheriff is forced to accept that more is at stake than an oil drilling enterprise. Alligator-ridden waters are the least of the problem, because oil tycoon Fred Schist is drilling for oil right at the most sacred heart of the reservation. Even if we are dealing with an artificial, studio-made and under-budgeted swamp, there is minute attention to the details, especially to the multi-tendriled and (mostly non CGI) branched creature and the unforgettable remains of its dismembered victims. Actually these are some of the best cadavers I have seen lately, all done by the Australian Make-Up Effect Group wizards. 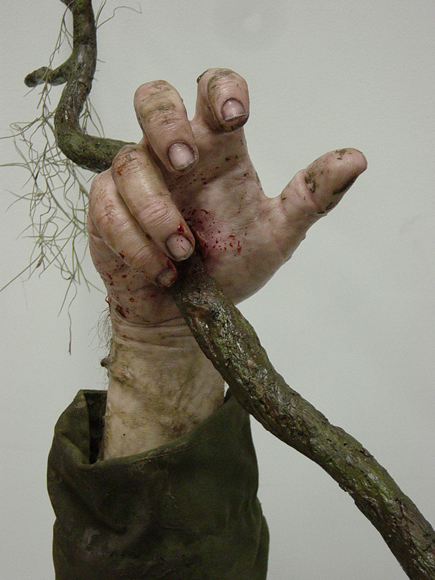 A particularly vicious fate is reserved to the company men and company bosses who get touched by the Man-Thing. Fear is the trigger fie hideous transformation. Their metamorphosis is an ugly one – an unwanted botanical symbiosis with branches growing from inside out, vegetable matter growing out of the body cavities and pores. The Dark Water swamp is the place of The Nexus of All Possible Realitites – a dimensional-crossover gateway in the Marvel Universe, the place where all realities and in-between realities intersect and  combine. Man-Thing reveals himself as an unstoppable gatekeeper figure, the Threshold guardian, engulfing and pouncing on everyone who is foolish enough to try and get to the other side.

The Bayou (even if actually filmed in Australia), New Orleans atmosphere is quite credible, suffusing everything and sure to make True Detective fans pander for its Louisiana voodoo hints and local characters such as the sinister Thibadeux brothers. 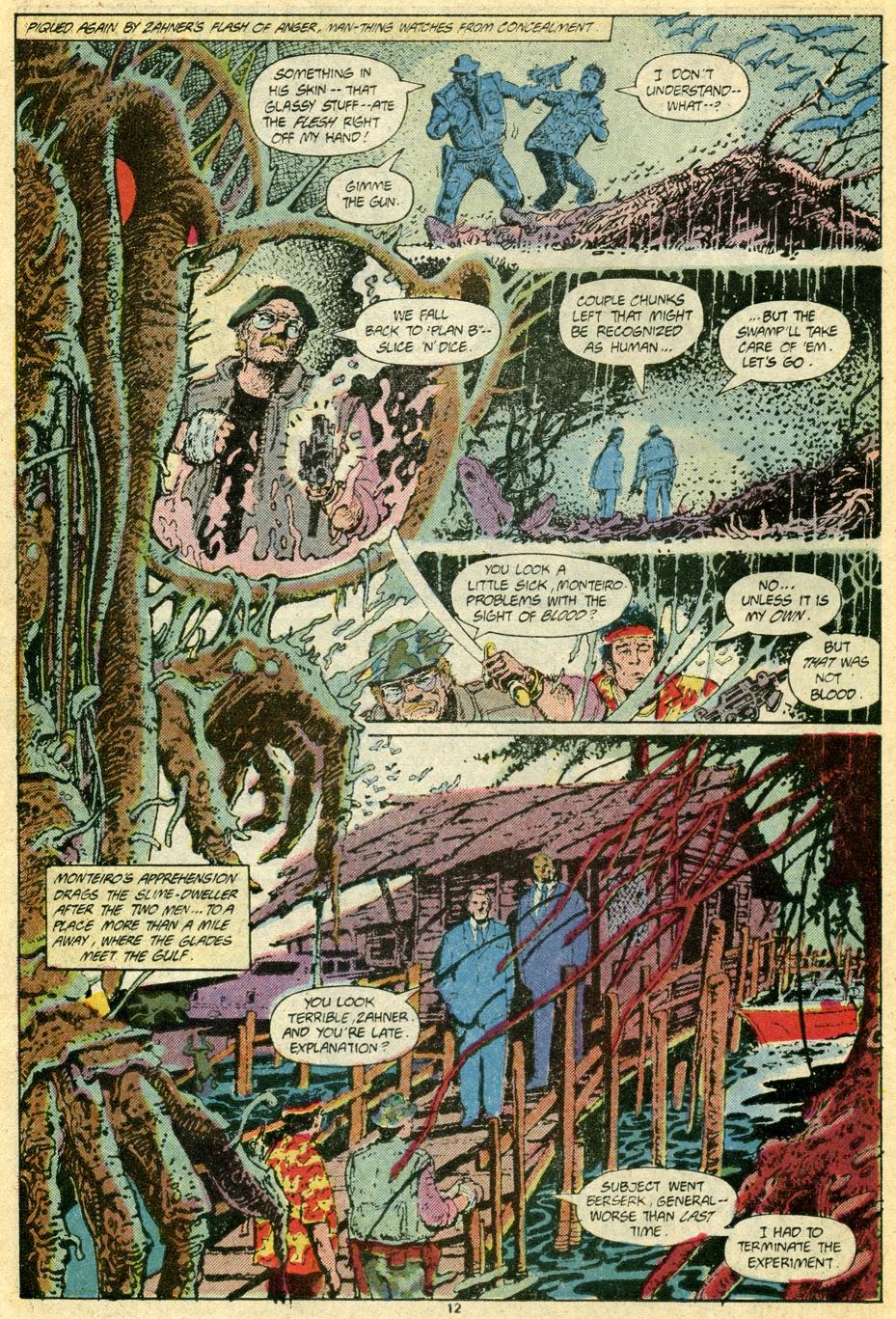 Brett Leonard(the director) did a lot of groundbreaking work right when Virtual Reality and mind-enhancing gaming was hitting the global imagination in the early 90s(The Lawnmower Man, Virtuosity) and this might seem a notch down from his heyday. Still, it think, under the circumstances, he did a great job, a monster story that strikes right at the oil pumping truth of it all – the foetid, oozing darkness of crude oil that opens up true interdimensional gateways, inviting those lurking behind the threshold (peak oil threshold?) to step in.