Again with the “remember the old days post” (yeah it’s that time of the year) but today i’m bringing something different, a cartoon from the ’90 that everybody seams to have forgotten. Mighty Max is a cartoon tv-series that aired from 1993 to 1994 with the purpose to promote a new toy line but what it really turned out be is a mind bending experience for any kid out there. For the last 20 years i lived in a lie. I remember that it has a sad ending,  well sort of because apparently i missed the last episode (which doesn’t really make the ending that much nicer) but for 20 years Mighty Max was one of my biggest influences. The way it looks, the stories everything has that vibe of Tales from the cryptkeeper which probably is gonna have it’s own post in the future. Mighty Max is lighthearted and funny but at the same time pretty dark and violent for a kids show, but what makes it overall awesome is the main storyline until the end.

I even have one of the toys, this one: 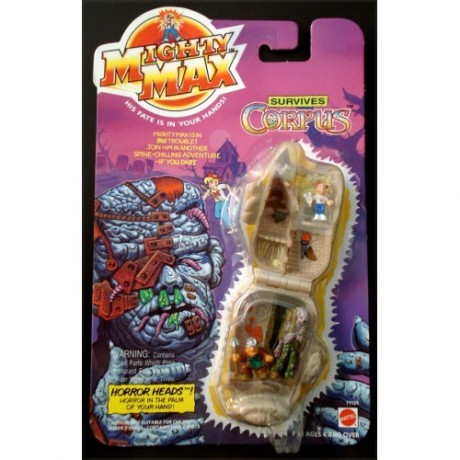