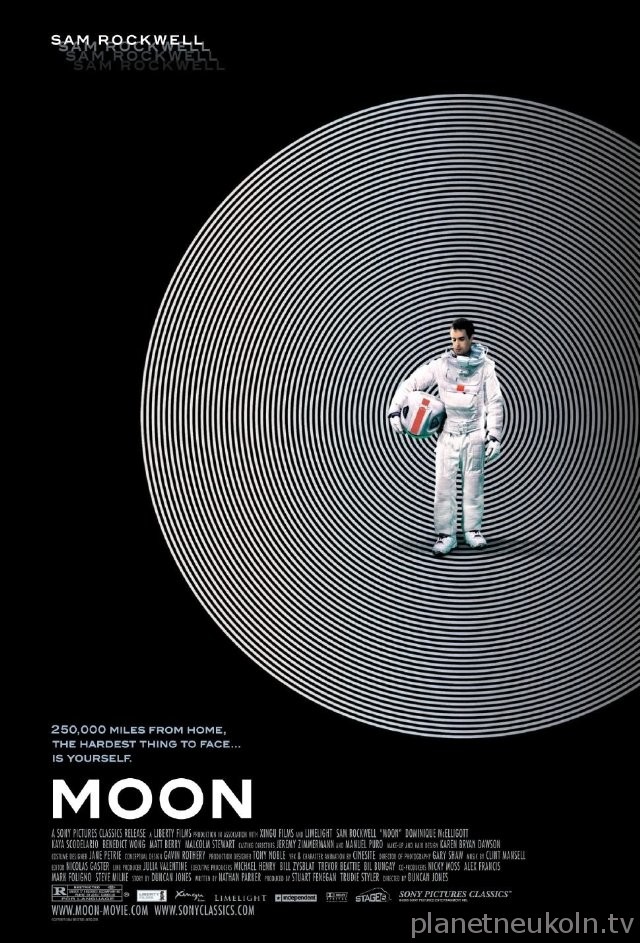 Sam Bell is nearing the end of a three-year work contract at Lunar Industries’ largely automated “Sarang” lunar base, where he is the sole resident. Sam oversees automated harvesters and launches canisters bound for Earth containing the helium-3 they extract. Chronic communication problems limit him to occasional recorded messages with his wife Tess, who was pregnant with their daughter Eve when he left. His only companion is an artificial intelligence assistant named GERTY, who assists with the base’s automation.

Two weeks before he is to return to Earth, Sam suffers from hallucinations of a teenage girl. One such hallucination distracts him while he is out recovering a helium-3 canister from a harvester, causing him to crash his rover into the harvester. Rapidly losing air, Sam dons his helmet in time, but still loses consciousness from his injuries.

Sam awakes in the base infirmary, but with no memory of the accident. He overhears GERTY receiving instructions from Lunar Industries not to let him outside the base and to wait for the arrival of rescue team “Eliza”. He manufactures a fake problem with the base to force GERTY to let him outside. Inside the crashed rover he finds another, unconscious Sam Bell.