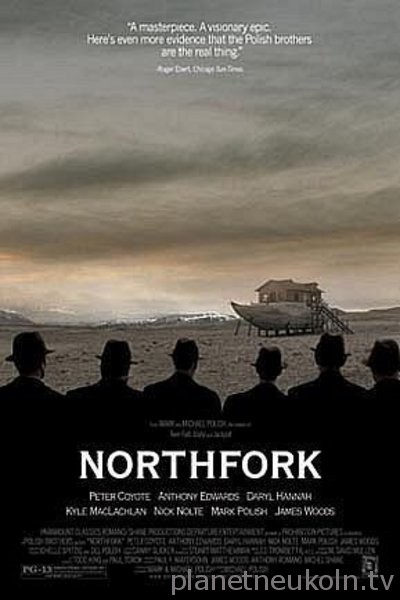 The film’s narrative consists of several interwoven subplots taking place in the town of Northfork, Montana circa 1955. A new dam is being built which will flood the valley of Northfork, and the town is in the midst of an evacuation. The narratives focus on several individuals who, for one reason or another, have yet to evacuate. Walter O’Brian (Woods) and his son (Mark Polish) are on the evacuation team, helping to evacuate the last few inhabitants of Northfork. Father Harlan (Nick Nolte) is one such individual, who has stayed behind to care for Irwin (Duel Farnes), a dying orphan too weak to leave town. While the O’Brians and their co-workers encounter an array of unusual characters, Irwin discovers that he is the “unknown angel” and finds himself a family in his dreams.

The film received mixed reviews from critics upon its release. Most people generally agreed that the film is visually beautiful and philosophically interesting, however, the lack of a strong narrative bothered critics, including many critics who gave favorable reviews.