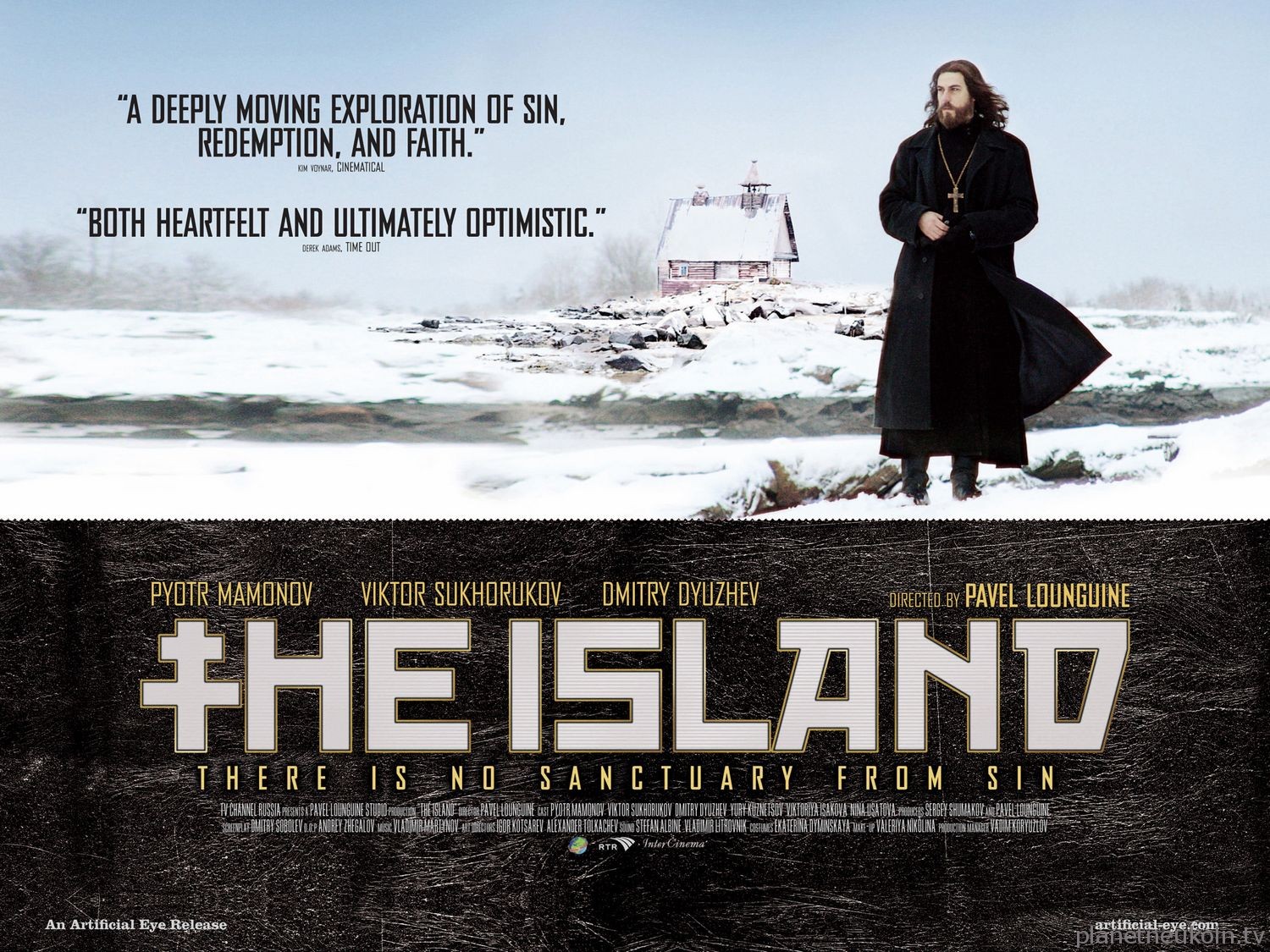 Somewhere in Northern Russia in a small Russian Orthodox monastery lives an unusual man whose bizarre conduct confuses his fellow monks, while others who visit the island believe that the man has the power to heal, exorcise demons and foretell the future.

The film is focused on father Anatoly’s repentance of his sin (therefore the virtually continuous occurrence of the Jesus Prayer); but the transgressions of the depicted character (a fool for Christ) and their impact on the others are the means by which the actual plot develops. The film’s director Pavel Lungin, speaking of the central character’s self-awareness, said he doesn’t regard him as being clever or spiritual, but blessed “in the sense that he is an exposed nerve, which connects to the pains of this world. His absolute power is a reaction to the pain of those people who come to it;” while “typically, when the miracle happens, the lay people asking for a miracle are always dissatisfied” because “the world does not tolerate domestic miracles.”

Screenwriter Dmitry Sobolev further explains: “When people ask for something from God, he is often wrong because God has a better understanding of what a person wants at that moment.”[1] Pyotr Mamonov, who plays the lead character, formerly one of the few rock musicians in the USSR, converted to Eastern Orthodoxy in the 1990s and lives now in an isolated village. Pavel Lungin said about him that “to a large extent, he played himself.” Mamonov received a blessing from his confessor for playing the character.[1]

The simplicity, the humbleness, the remoteness, the miracles converge into creating a timeless snapshot of Orthodox spirituality, apart from the historical circumstances. The Patriarch of Moscow, Alexei II, praised Ostrov for its profound depiction of faith and monastic life, calling it a “vivid example of an effort to take a Christian approach to culture.”