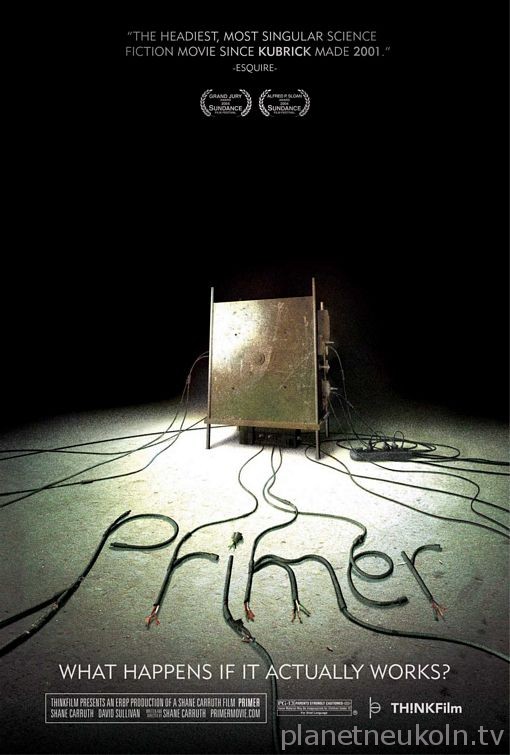 Primer is a sci-fi puzzle thriller directed, produced by and starring Shane Carruth with production costs of only $7.000

from wikipedia: The film is unusual in that Carruth, a mathematician by training and former engineer who immersed himself in the study of physics while writing the screenplay, makes little effort to explain or “dumb down” the physics theory-laden conversations of the protagonists.He also does not explicitly spell out what is happening in the film nor exactly what the device the young inventors create does, leading one reviewer to claim that “Anybody who claims they fully understand what’s going on in Primer after seeing it just once is either a savant or a liar.”