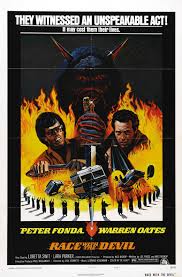 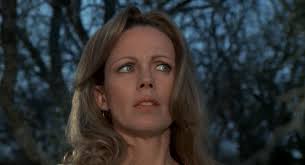 Race with the Devil has it all – it has Texas slang & twang, it has got hot wheel motorcycles, it has got Peter Fonda in it, it has got Satanist sheriffs and more!  It is definitely worth enjoying over a beer or two during a hot summer afternoon with buzzing flies and barking dogs nearby. There are several phenomenal assets to this movie – it takes place inside a mobile home, a 70s last generation recreational vehicle RV. RVs are the American (and Late Capitalist) perfect vehicle. If the vehicle offers in movies (and real life) autonomy from space and time (your slow pedestrian geographically limited life) casual sex (a hidden alcove), even movies (drive ins and road movies) and time travel (Back to the Future) the RV is the crown of motile architecture. It is a home on wheels, a ‘motorhome’ to escape jobs and enter “vacation time”. The final fire circle around it marks it as unholy ground, a modern trap where time stood still. 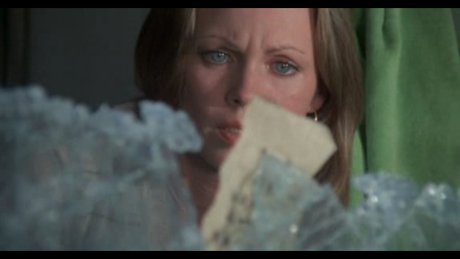 There is also a strange mutation from Easy Rider(1969) to Race with the Devil (1975), where Peter Fonda is a professional racer and successful motorcycle dealer. He and his older partner played by Warren Oates are have families (wives), jobs and an immense yearning for recreational activities. Strange as it sounds they are moving their city racing into the country side, they have all the amenities and all the comforts provided inside their new RV (stereo, colour TV, double sink + brand new microwave oven etc). The only things that messes up their plans is a nightly ceremony. While sucking on their bottles, carefully tucked in outside their vehicle, in the middle of nowhere, somebody across the hill has some other nature plans. 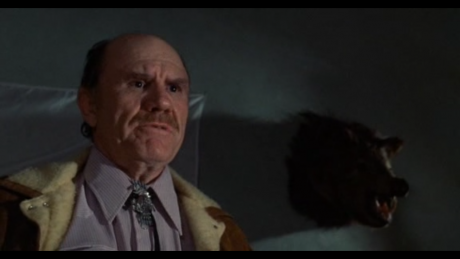 There is a general feeling that hippies (aka Charles Manson) are always blaming for everything going haywire, for all the orgies and dark Sabbaths in the bush. Race with the Devil takes this assumption and turns it on its head. Not only that but it manages to introduce something different from the usual Hill Have Eyes-Leatherface kind of hillbilly inbred mayhem we got all used by now. Its occult agenda is quite different – and the more surprising, anticipating such movies as the revolutionary Society by Brian Yuzna (1989). He makes everybody (from the sheriff to the car repair man, from young to all), a whole social cross section participants in some very peculiar Rites of Spring involving the usual fair maiden sacrifice. A minor film by any means (nowhere mentioned as a great title of horror cinema) builds a larger and deeper conspiracy characteristic (and maybe evocative) for the immediate American public of that time. The Nixon era was generally over, but blaming it on the hippies was still all the rage while large swathes of population might have been silent and complacent over supporting dictatorships abroad and dark arms deals of the future (like the Iran Contras). 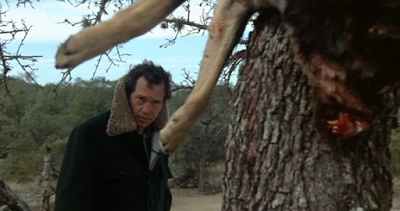 Race with the Devil introduces two different sort of deviltries – one that is violent, relentless and pitiless chasing the fugitives everywhere and a more sinister and devilish inertia. A grinning and welcoming couple from the trailer park or the usual Americana country western musicians have a sinister side, that was never revealed before. The paranoia floats everywhere and a wild boar trophy in the sheriffs office, a strange rune-inscribed ticket with a curse, a hanged pet dog brings everybody to the edge. Ineptitude, whitewashing, naivety all mix up to make demonology a functional part of society. At the same sense – there is also the larger libertarian fear of community, everything connected to collectivity is being demonized in the US, the forces that make communities resist outside influences or individualist drives need sacrifice, they need human sacrifice, they need self-sacrifice and disinterest. The sacrificial offering and fertility rites seem to hark back to Pre-Columbian times. Recreation itself has become tainted – it has already the feel of a sacrificial time, empty vacations to fill in with cheap thrills. The Aztec ceremonies have worked their way trough various routes and cultural byways into the contemporary American psyche. But the dangers are much closer to home. 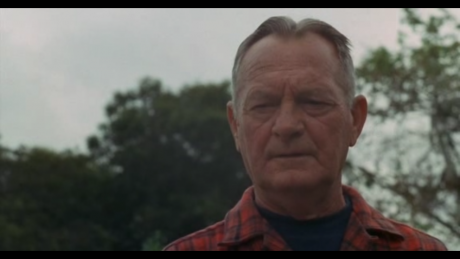 There is a nice long scene, when Peter Fonda’s wife played by Lara Paker(very good role – she is like Geiger for black magic forces) is being freaked out by the gazes of several local residents of the pool at the trailer park where they stop for a break. 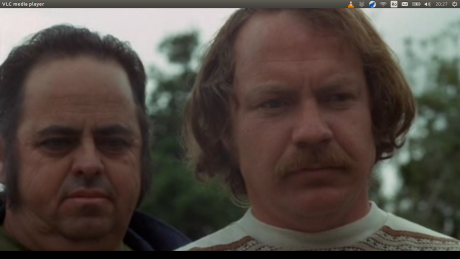 The faces and looks are incredible, a series of portraits of expressions and what all of us would call ‘normal’ people, but that in the context reveal a creeping sentiment, something undefinable and very sinister. Each look, each smile is completely fake, their facial expressions leave out many things, not said, maybe unmentionable. 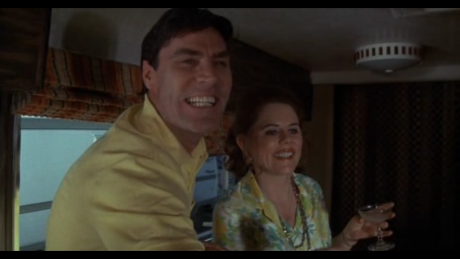 The friendly couple that makes some invitations and offers their hospitality is creepy beyond belief. With their tactless intrusiveness, their do-good neighbourly love is suffocating, openly suspicious and tailored to entrap and disarm you. 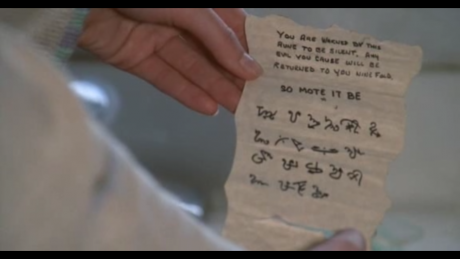 Favourite quote: “Well this time they ran out of cats”