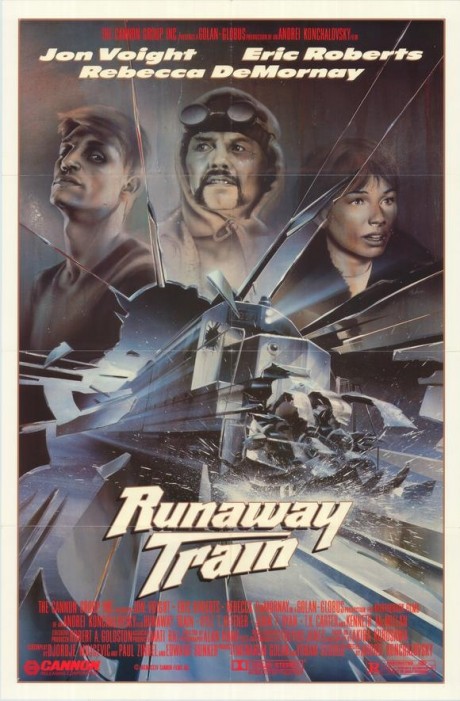 Runaway Train is a 1985 film about two escaped convicts and a female train worker who are stuck on a runaway train as it barrels through snowy desolate Alaska. It stars Jon Voight as Oscar “Manny” Manheim, Eric Roberts as Buck, John P. Ryan as Associate Warden Ranken and Rebecca De Mornay as Sara. It was also the feature debuts of Danny Trejo and Tommy “Tiny” Lister, who both proceeded to successful careers as tough guy character actors.