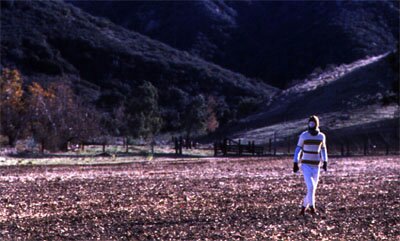 A first rate toxicological, socio-medical thriller.
Lately, I’ve seen many quotes from this underrated masterpiece of the 90s. It’s really the dark side of Californian ideology, that peculiar blend of utopianism, high entrepreneurship and libertarianism. During the years of dotcom boom, of Fast Company and Mondo we see the rise of a new level of environmental, diffuse horror and related responses, subcultures, therapies rapidly developing. 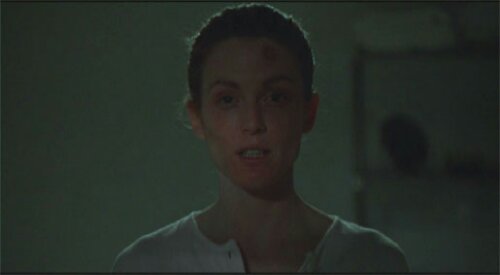 It’s the movie of 21st century, and one of the best portrayals of invisible, omnipresent, pervasive threats. In contrast with the monster movies and direct threats of the 50s, the 60s America got introduced trough Rachel Carson’s breakthrough book Silent Spring (1962) a more innocuous and adapted apocalyptic rhetoric derived from ‘fallout hysteria’, with the chemical pesticide threat joins the invisible terror and infra- destructiveness of radiation. Cultural and social critics of the term pollution have pointed out its theologico-moral etymology from ‘poluere’, ‘to defile’, to desecrate your own body, masturbation being considered an act of personal self-contamination of self-pollution. From the 17th cent onward, pollution became externalised, objectified and environmentalised if one can call it like this. People were constantly being re-educated in hating their bodily emissions, their detritus as a matter of modern hygienic cultural practice.
William H Baarschers followed the way substances and micro pollution came to be defined by a more and more precisely by am increasingly accurate sensorial discrimination apparatus, from microgram detection of the 50s to pictogram amounts in the 80s and 90s(Eco-facts and Eco-fiction, 1996).
What was once zero degree pollution will increasingly become less so. The anxiety response is now more and more enmeshed with the surveillance and chemical detection technologies themselves.
The movie maintains an ambiguity that is coherent with the current pan-allergenic society. Even the final New Agey retreat in the dessert headed by a dubious cliché guru is a non-solution that shows the dead ends we are taking when everything contains aerosols, fumes, perfumes, additives that embalm our life. Then it’s easy to become a survivalist, when everything seems to attack you and comfort only comes from sharing the same scares, hyper sensitivity and siege mentality. 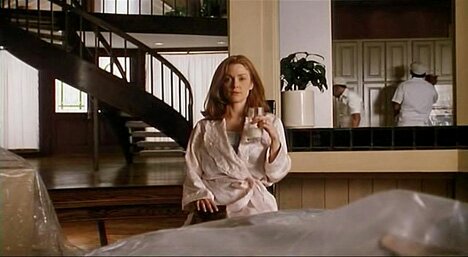 This should never be underestimated since new forms of sexuality , emotionality and sociality may develop in its wake.
There is some incredibly creepy scenes in this movie that pans back and forth between huge, classy, expensive apartments with imigrant servants, boring flat lifestyles and women who far from being independent and autonomous, end up in a housewifeish existence of interior design and family parties. Literally this 90s horror life looks more like a 50s backlash. 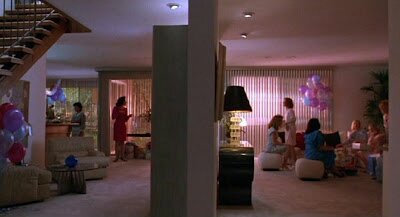 The environmental illness of Julian Moore is also a strong bodily reaction to the immediate, house and couple environment. Thus, the subsecvent break is both radical and ludicrous somehow. The Wrenwood retreat looks like an advertising for retired citizen but with a survivalist twist. It also looks like some poor Indian reservation were you get deported in that worst kind of area that nobody wants. It’s interesting to note the function of this desert environment. New Mexico is an especially interesting case, a place where atomic experiments started, where the sciences of complexity have had an academic home and also the retreat place for different alternative communities seeking decontamination, radical purification from the ills of modern life. It’s more like the ancient Thebaïde desert that allowed for all sorts of asceticisms. The new asceticism takes place – Where else? – in a mini DIY Bunker that allows a dust free, particle free living.