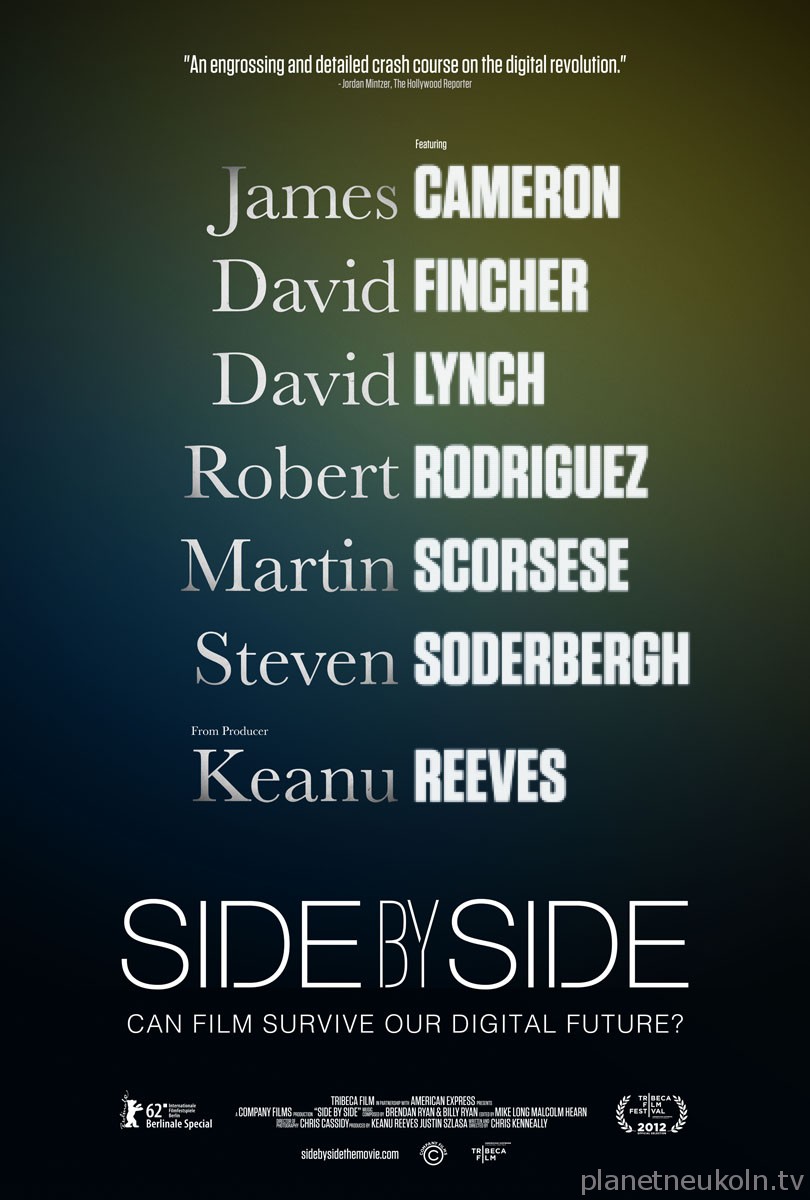 Side by Side is a 2012 American documentary film directed by Christopher Kenneally.[1][3][4][5] It was produced by Justin Szlasa and Keanu Reeves.[1][3][4][5] It premiered at the 2012 Berlin International Film Festival and it was shown at theTribeca Film Festival.[1][3]

The documentary investigates the history, process and workflow of both digital and photochemical film creation. It shows what artists and filmmakers have been able to accomplish with both film and digital and how their needs and innovations have helped push filmmaking in new directions. Interviews with directors, cinematographers, colorists, scientists, engineers and artists reveal their experiences and feelings about working with film and digital — where we are now, how we got here and what the future may bring.[1]