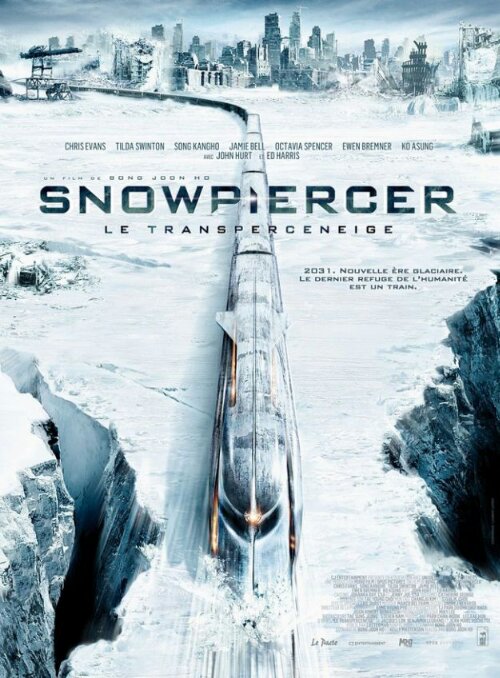 Snowpiercer French trailer
It’s the first time I am trying to write a review about a movie that I haven’t seen yet, only available to me through featurettes, trailers and reviews by others. I am writing out of pure enthusiasm for the task the Korean director Bong Joon-ho (you may recall his innovative countryside serial killer drama Memories of Murder or his monster movie/horror The Host) took on – to adapt a Franco-Belge graphic novel by Jaques Lob & Jean Marc Rochette from 1983 – 1984. 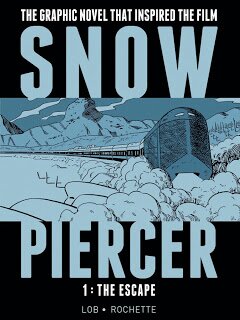 It’s no secret that even if it had big success at home in Korea making office box history, the movie might pass along silently because of its strange release dates in Europe. I am trying to make sense in advance, before seeing it, how this socio-political sci-fi is revolutionizing previous dystopian vertical narratives represented by the subgenre of arcology that I’ve been writing and thinking about for some time. Arcology exemplifies for me a narrative exploration of current right to design and decide about future city sprawl and hyper urbanisation. The Ekumenopolis phenomenon of planetary cities finds a perfect narrative vehicle.. On a city-planet, blocks or buildings might act like cities in themselves or they even may act so right now. Arcologies explore the social and political dynamics and psychic alterations of human life growing in immense, vast architectural buildings.
What Snowpiercer brings is a perpetual motion element where the train is the city or the entire world.

After the eternal winter has descended on humanity as a result of failed weather engineering experiments, everybody lives inside a fast moving, never stopping, snow piercing high speed train.
Just days ago I came on a local Interregional train, the cheapest and slowest train you can take to move between the city of Bucharest and the mountains of Bucegi. The Romanian Railroad company was advertising with posters showing fast as lightening bullet trains escaping from the overcrowded cities to the green countryside. The message: who can afford the trains can afford freedom from pollution, acces to fresh air plus liberty of movement. 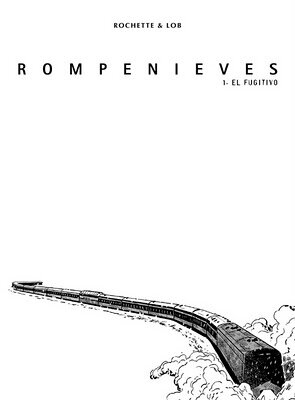 The first class vagon (it’s a three vagon train, always terribly overcrowded in the weekend) was occupied by second class passengers and conflicts started arising because of “improper” occupied positions, of sitting where you’re not supposed to sit. Because of heat, electrical sockets and more feet space – first class is always the best place to be on this train.
Still the gatekeepers, some railroad employees enjoying their privileges started bossing around a group of elderly mountaineers that were full of stories and boastful of their climbing and rough life achievements. The railroad employees clearly didn’t enjoy the smell of food, the garlic in the air so they got out at some point to take an international train after telling everybody that they were lucky they weren’t kicked out…
To me this already constitutes the Snowpiercer story premise. Separate sitting places have been places of social and political & civil rights struggle in buses and trains all over the world. Theatre and Opera houses also maintain a strict fee disposition of chairs and seating numbers.
Vagons and trains have been always trying to maintain these internal limitations, to secure micro hierarchies in a bid to control movement and the right to distance/speed. The caste system in trains can be exemplified by the special design of royal or presidential trains or fixed by travelling 1,2,3 classes. Trains have been revolutionary in spreading revolutions and have been symbols both of unstoppable progress and harbingers or relentless change linked with the Industrial Age, modernity and revolutions in mass transportation. Trains have a much better carbon print than airplanes, nevertheless they can not compete with cheap flights. I am not a trainspotter but I must say I love trains for their ability to help us conceptualize Einsteinian relativity theory and understand the nature of time and space. I once refused a mural sketch by Cristian Akira Darstar of a cosmic train in favor for starships and stellar jump gates, but I consider trains to be essential navigational devices for thinking out struggles inside the speed machines of economy and history. 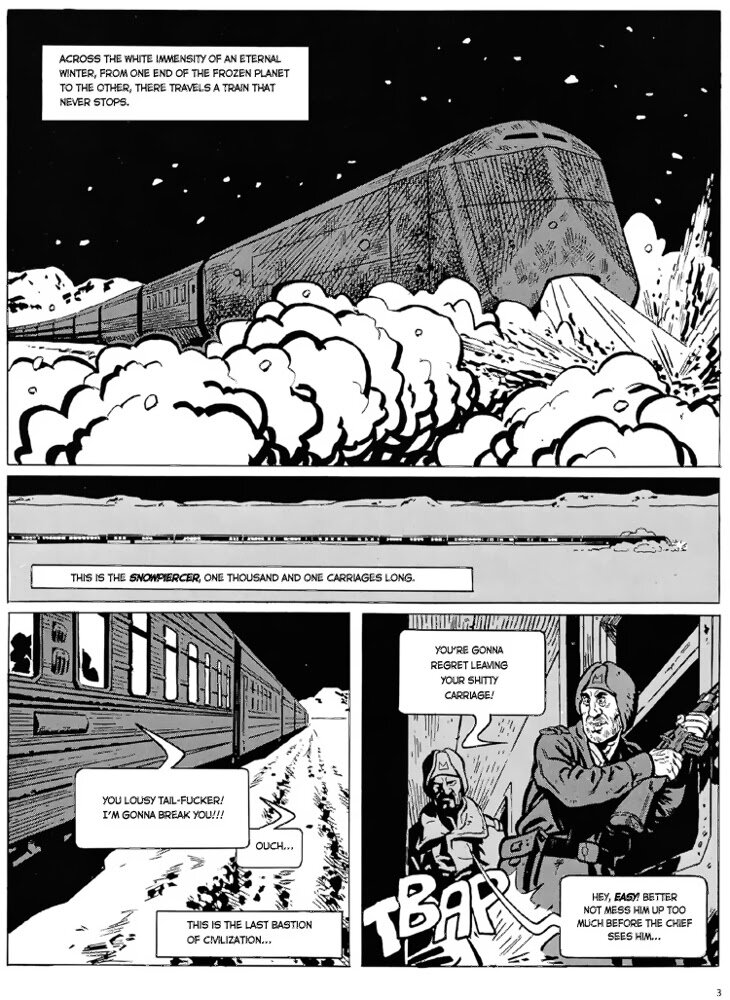 Trains have also played a bleak and instrumental role in mass murder, faceless vagons becoming symbols of Holocaust and end line necropolitical extermination. The cattle train of today still retains in its functionality and design this grim and compact body remainder. There has been a lot of revolutionary organisational know how developed especially by railroad unions & organized strikes – a ferment for Communist and Socialist action. Trains and locomotive drivers have accumulated immense symbolic and heroic power in the former East and it’s hard to find an equivalent nowadays. We know about the sealed train Lenin travelled from Zurich back to Russia. There is also a vast history of armored locomotives and trains constantly deployed since the Russian Civil War in Russia and particularly snowy Siberia. 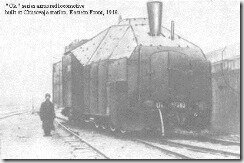 But I am interested in the meanings trains carry along their tracks and how it’s locomotive drive pierced our cultural time barriers.
With Snowpiercer the Ballardian psychoarchi-tectonic collapse of his High Rise novel is being motorised and imbued with a new impetus.
The Snowpiercer train is a time piercing device, where hierarchies get spatialized not in the common architectural model bottom to top (god-like architect on the top, middle class buffering in between and lowly social climbers below) but somehow front to back. It is a question of who is in the lead, who is closer to the engines of economy and who has a very badly positioned seat in the back. Not to modify or maintain those engines but get closer to their motive power. I’d you end up in the back, there is no way but forward.
The Time Arrow always points in front, the train is running on a mythical perpetual movement engine so there is no turning back, all revolts and contestations must happen. The mythical engine bridging distances both temporal and economic. Reformulating an old Marxist question: who owns the new means of speed productions?

To better take the hints of this World-train we may look for other movies and train dramas like the Runaway Train of Andrei Konchalovsky (1985). Escaping the gulag or the prison camp onto the new train brings new challenges. The ex convicts are prisoners inside the train, inside a Runaway system (Financial Algo-Capitalism?) inexorably carrying them on high speed towards the abyss. They have to organise themselves and get to the locomotive as the authorities decide they have to crash the train anyway and kill all its illegal passengers. 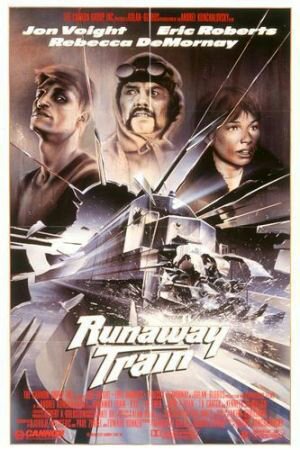 What is always being accepted is that the train cannot stop, trains, since their very early appearance in film, after they leave stations they never stop. Snowpiercer rushes from station to station like a tubular atomic submarine, piercing the ice barriers at the North or South Pole.
Snowpiercer train is running in perpetual circles around the planet and has 1001 vagons. It has schools, it has green houses and luxurious venues.

It also has its own brutal army trained to keep everybody in the back. Since its begging as a graphic novel, it reflected the concern about migration and third world containment at the end of the cold war. Environmental security became in the 80s the new military buzzword. In weather climate world the army is most of the time deployed against the survivors themselves. Recently The Colony is another post apocalyptic ice age movie where the main enemies seem to be both (on the outside) cannibal hordes and (inside) eugenic ex military ‘protectors’.
There is also the mythical relationship with the engine. Maybe it was always a place for the specialists, the anointed engineers, a noisy, staff only taboo place, ready to be worshipped but never investigated. There is a long tradition of stranded survivor arks and lost post-human space ships locked on eternal orbits(two 50s examples come to mind – A Sense of Wonder and Universe – as well as the recent Pandorum). These are incredible experiments in deep timing closed system societies cought in deep space journeys or some form of cryogenic hibernation. They also actively speculate and rewind evolutionary processes providing alternating mythologies, cosmologies and histories of human socialization. don’t stay still, inside the moving capsule, transformations run their course. Captains become infernal or demiurgic creatures experimenting on inhabitants or subaltern crew members, new mutants are banished to the uninhabitable levels of the spaceship and new reproductive and behavioural commandments arise. Inside this world spaceships, with loosing track of time, inhabitants develop strangely familiar societies, conflicts and struggles of emancipation from under the rules of privileged elites that keep a dominating relationship and adoration of the engine rooms/technology/driver seat. They all run like rewinded devolutionary or evolutionary clocks producing radically different outcomes or inhuman answers to the quest for safety and survival. This salvaged cultural baggage is the first to scavenge upon(that’s why we should call them maybe scavenger cosmologies), with remains and hieroglyphics of instruction manuals, warning signs, technical labeling. Even if barely intelligible and readable this still introduce and transport in these new capsule world’s, floating in time space, a burdensome and oppressive recycled past.

Anyway, I think it was high time we should consider this upgraded version of trains that still provide such easy and popular access to time machine narratives.