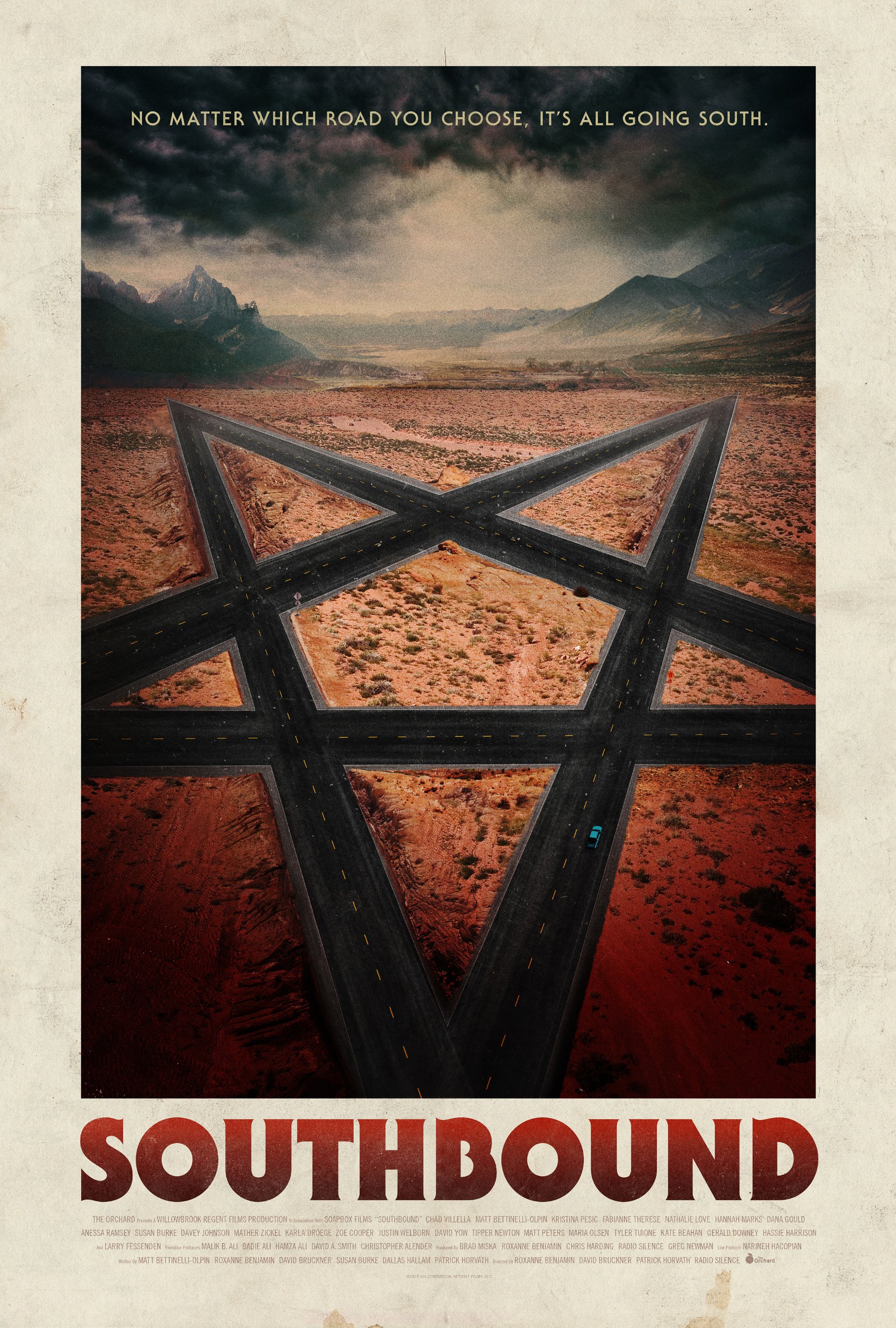 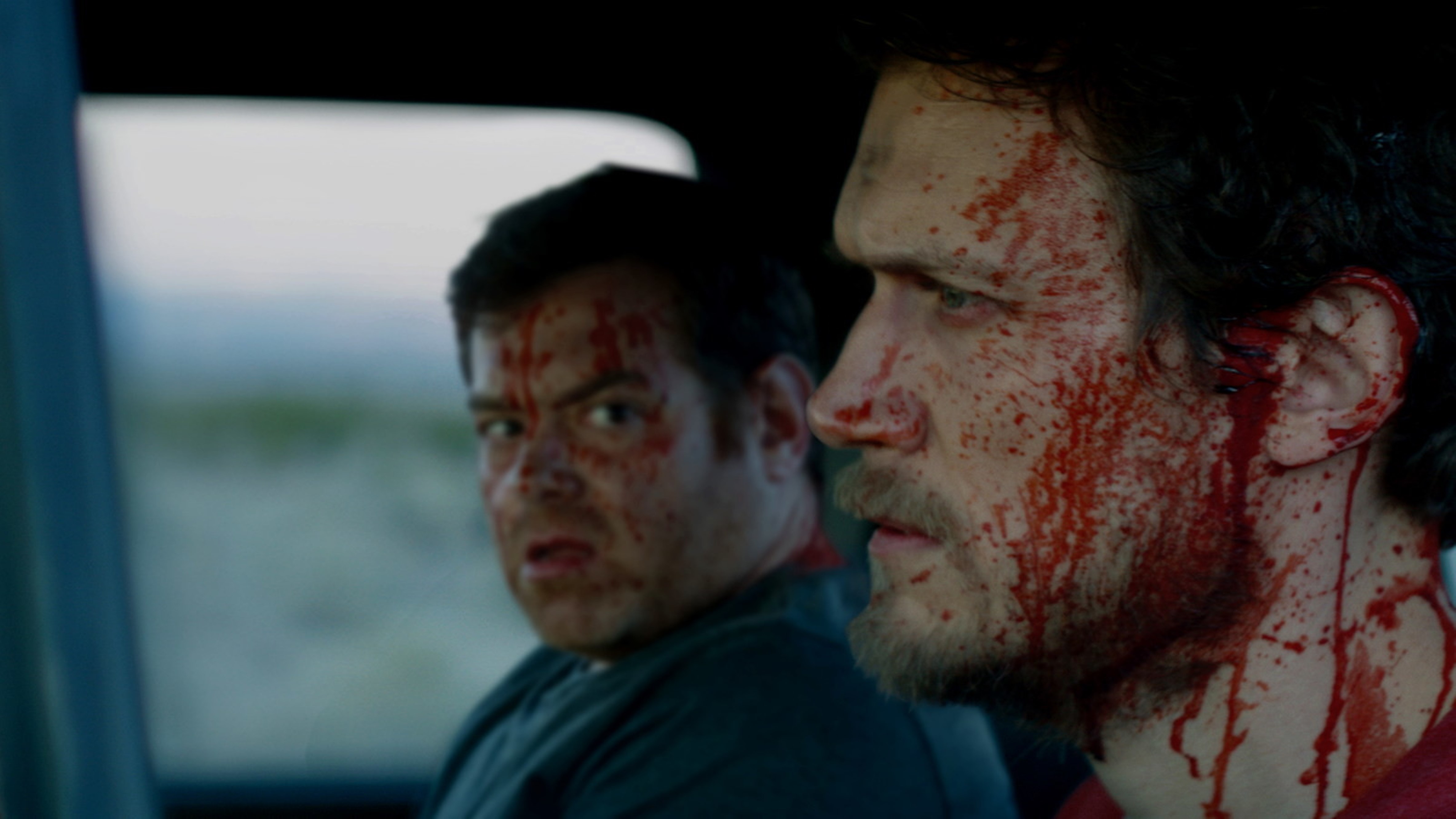 Five interlocking tales of terror follow the fates of a group of weary travellers who confront their worst nightmares – and darkest secrets – over one long night on a desolate stretch of desert highway.

Southbound is a 2015 American anthology horror/sci-fi/thriller film directed by Radio Silence, Roxanne Benjamin, David Bruckner and Patrick Horvath. The film is produced by Brad Miska and had its world premiere at the 2015 Toronto International Film Festival on September 16, 2015. It was released theatrically on February 5, 2016 in a limited release. 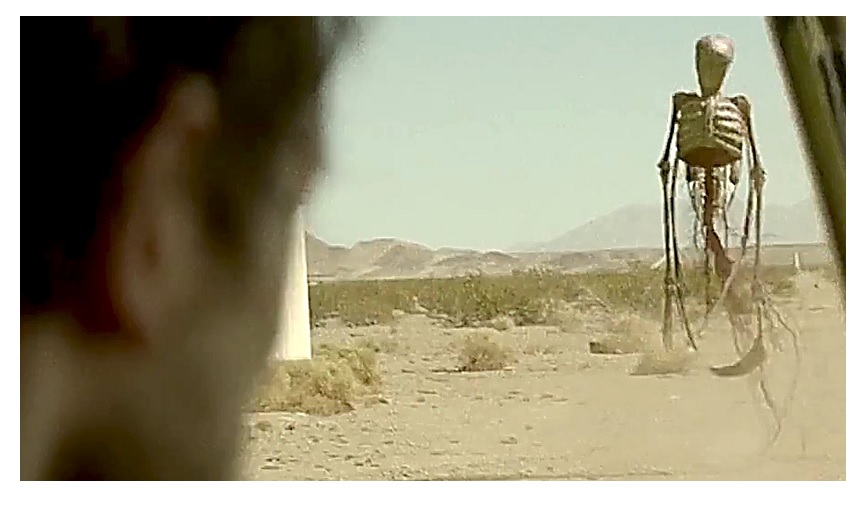 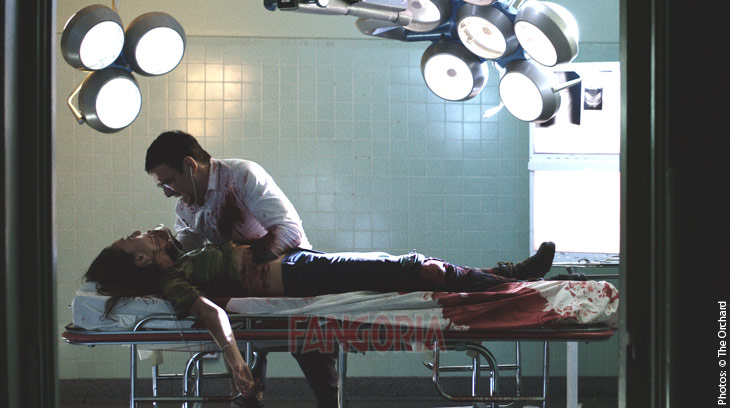