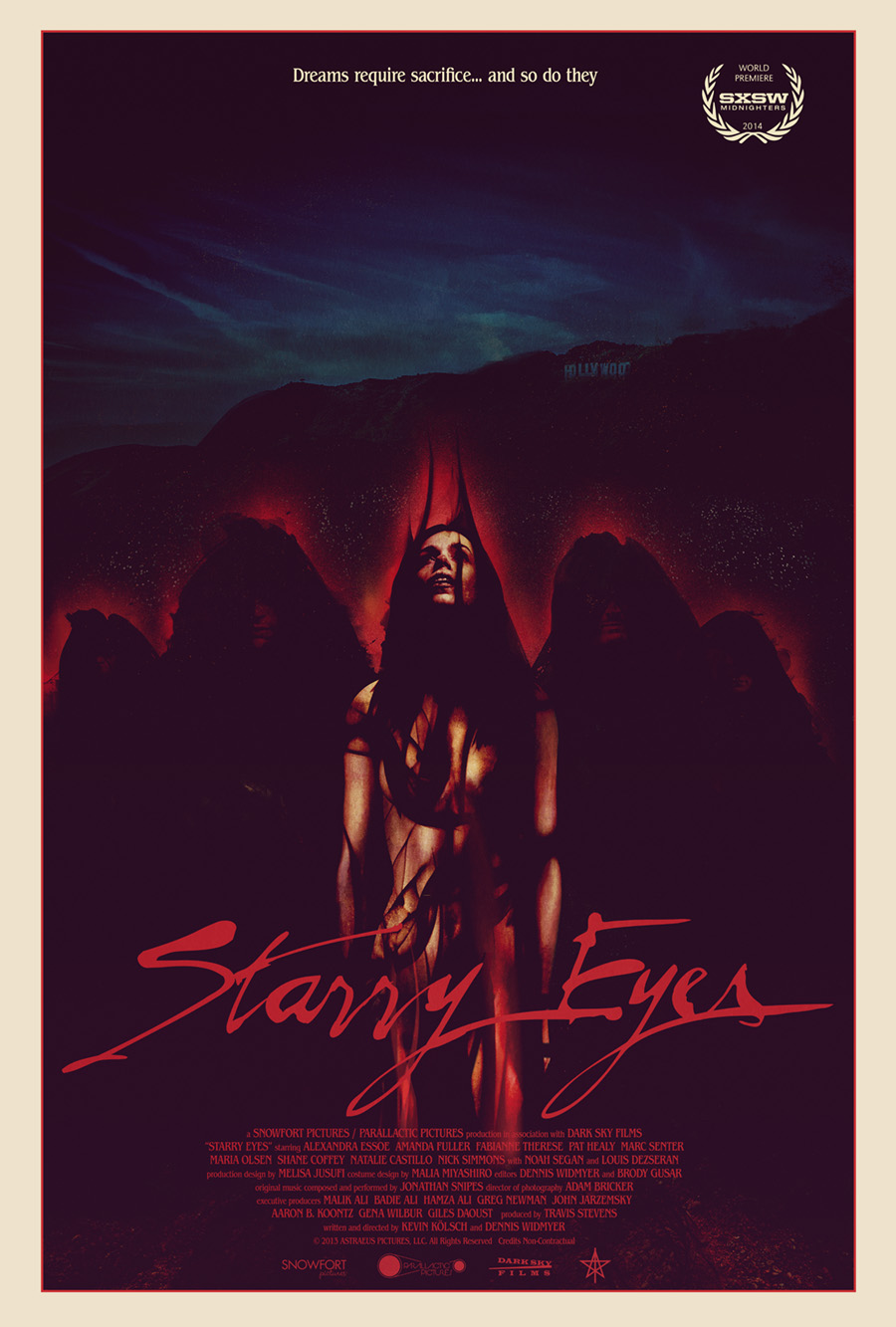 Starry Eyes is a 2014 horror film directed and written by Kevin Kölsch and Dennis Widmyer. The film had its world premiere on March 8, 2014 at South by Southwest and features Alexandra Essoe as a hopeful young starlet that finds that fame’s price is not always easily paid.[1] Funding for the movie was partially raised through a successful Kickstarter campaign.[2]

Sarah (Alex Essoe) is a beautiful actress that wants to make it in the acting world. She’s willing to do whatever it takes, even at the detriment of her own personal being. When she’s scouted for the film The Silver Scream, Sarah has to decide exactly how much she’s willing to go through for fame.

After writing the script, Widmyer and Kölsch sought funding for Starry Eyes through Kickstarter.[3] The campaign attracted Pat Healy to the film, and the campaign ended with the goals met.[4] Filming took place in Los Angeles in May 2013 over an 18 day period.[5][6]

Critical reception has been positive and Fangoria remarked that “Kolsch & Widmyer are clearly attuned to the pitch black nature that consumes Sarah but, like the alluring score, there’s something stirring in her eventual transformation of living through an actor’s worst cosmetic nightmare and still forcibly taking what she wants.”[7] Shock Till You Drop and Bloody Disgusting also praised the film,[8] with Bloody Disgusting commenting that although the film did have flaws “[those] same elements that provide its flaws also supply its strengths, which are far more prevalent.”[9] TIME has called the film one of the ten best films of South by Southwest.[10]