Nothing is better with this sudden chill and pre-Halloween trepidation than this long-in-the-making music video. Well worth all the effort because this is how a new island is born out of the primordial animation ocean! It features the dreamquest of an shipwrecked soul on unfamiliar shores, where collapsed megalithic heads of a long lost civilizations abound, or human-shaped rocks and mountains look you right in the face with burning eyes. You can also read the story attached to the song on impro jazzy glitch-masters Makunouchi Bento’s(Valentin Toma & Felix Petrescu) initial digital album release (December 2014) called Lighthouse stories(buy it/send it as a gift/remix, transform, and build upon the material! cose it’s CC). It reads out like campfire legend, and not any campfire yarn, but a seaside haunted-Lighthouse story of a place made up of flotsam & jetsam childhood summer memories in Norway and a good measure of guitar- hypnosis to convert any guitarophobe. My relation to the gaming world is tricky, I’ve never been a broper gamer, I somehow skipped multi-user games & ego shooters, jumping from old Ninja Turtles Gameboy consoles directly to indie games and I always felt an impostor when writing wildly about games I haven’t played (one of my first writing assignments was game reviews for Ro ELUDUS PC mag online blog). 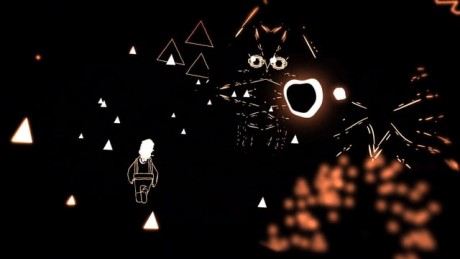 This will always make me partisan to the music videos who get adopted/adapted by game- designers and animators which is the case of extremely endowed Argentinian-born Santiago J. Franzani (ANTIPIRINA). Antennaria Games is a treasure trove of incredible stowaway quests(u can hardly resist getting on board and u shouldn’t!), with more than a penchant for the maritime, the insular, and the watery- oneiric sailing adventures towards unknown waters and at unknown depths.  The Island of Earthly Delights, A Rabbit Fable or the (in the making) King of Herbs and My Little Humanity all feel like geo-caching fairy-tales, enjoying various shipwrecks as perilous quests that will reorient and guide u along the shifting winds. 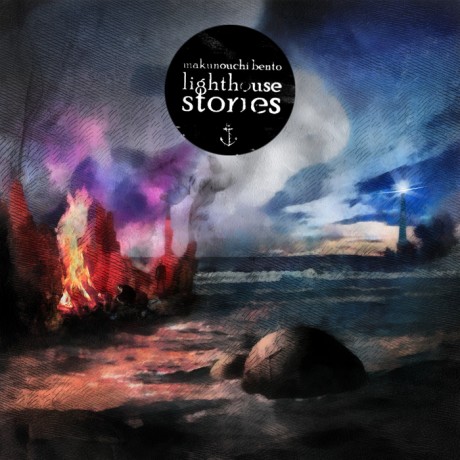 Telegrams for the Little Sea Winds is part of this shipwreck ecology tale – living and walking on an abandoned Earth that somehow needs to rebuild itself out of memories, remains and refrains that got washed on the shores of the cosmic ocean. There is a rich tradition of reading the name of Caliban in Shakespeare’s The Tempest (that inhuman, deformed son of the malvolent witch Sycorax) as an anagram of the Cannibal (Carib people) in English and this little music gem feels like one is revisiting this insular cannibalesque exile. This animation mirrors the transition between worlds with two distinct animation styles (and this I completely enjoyed); one is entering the netherworld and getting back to a world that looks tinged by otherworldly matters. The lonely shipwrecked sailor soul falls into a whirlpool of darkness. He’s basically entering some Other Side, dying for the moment. And this other world is full of all kinds of glowing-in-the-dark omens, Prospero?, Yellow Kings?, coffee mugs and by the end of it, we realize this Netherworld has the characteristics of the a very mundane and earthly corporate universe! Gamespace might allow this sort of secular psychopomp journey trough living Hell. The Tibetan Book of the Dead should maybe regarded us a guide trough the pitfalls and dangers of any-job netherworld, full of funny-scary co-working spirits or mischievous leadership coaching demons. This hell is nothing but a nightmare you cannot wake up from, a frightful but adventurous (oh hell yes!) cognitive-labour dream that is keeping you running around in a forever changing carousel. At the same time there is strange potential and even the discovery than one might loose or should loose the head literally – the shipwrecked character has a shapeshifting face, a pyre instead of a head. Depending. Or his head might smolder like embers on a perpetual fire, being slowly incinerated and consumed. In the end one is headless but not witless, especially when one misses the mask, the totemic protection that will hide the non-ego, the bare stump running around and doing daily chores waiting for applause & confirmation. 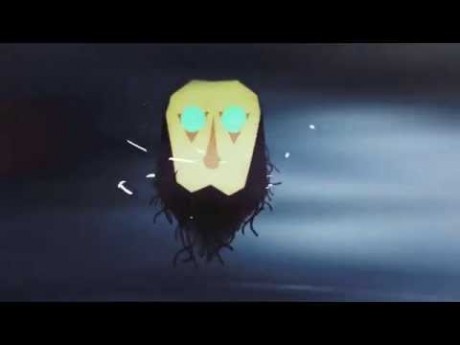 Needless to say I am already feeling envious at the fuming smokestack body, getting out of the cave to burn out all the residues and anxieties of the endless quest. 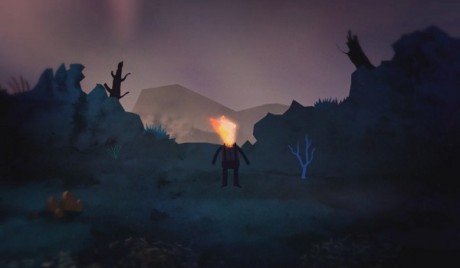