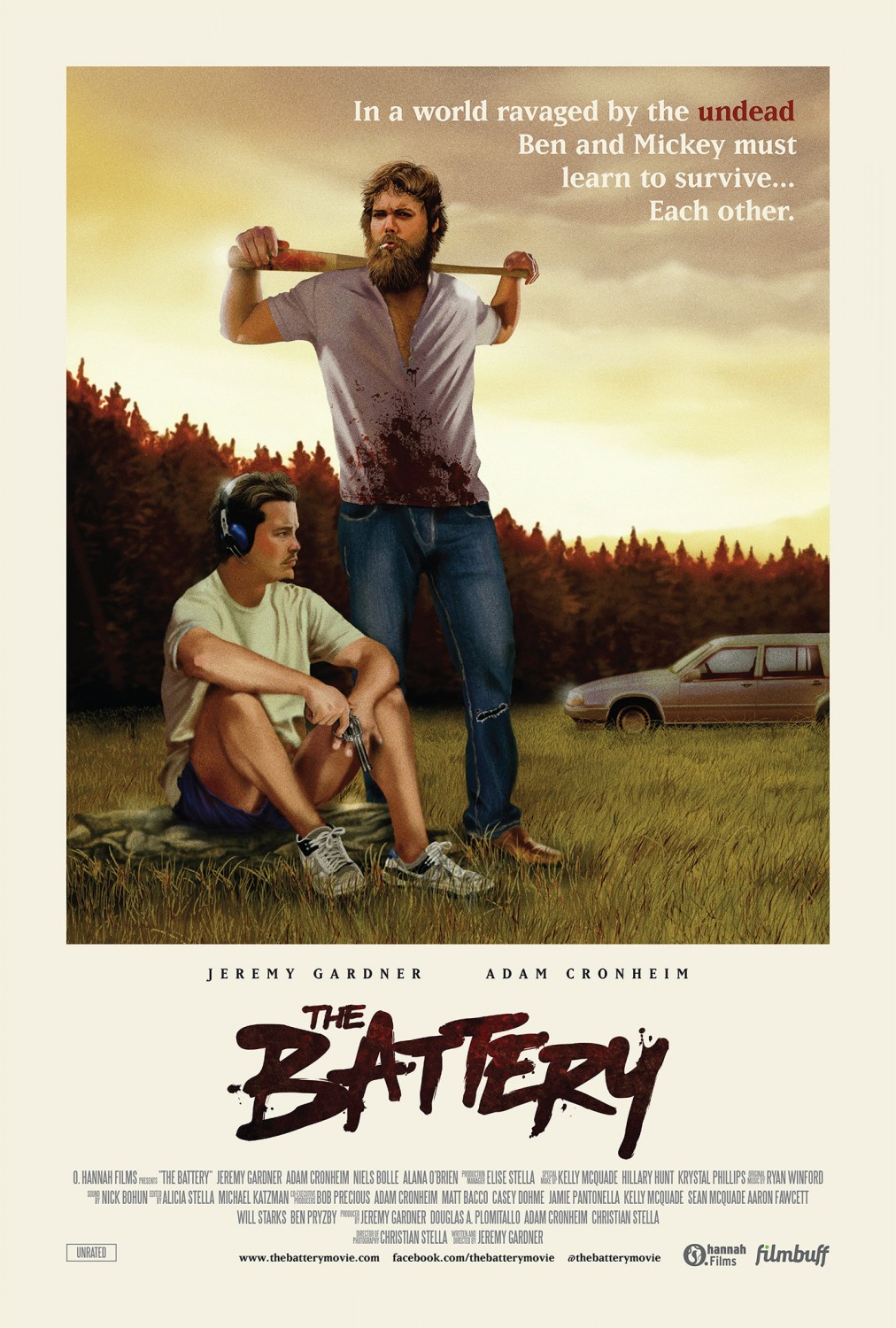 two basketball players who’ve formed a battery (a defensive team of catcher and pitcher) back in the old days survive an apocalypse we don’t get to know anything about. wandering and scavenging ever since. one of them still dreaming of the old world and fantasizing about a pair of pink panties and a husky female voice. wanting to settle down in spite of the end-of-the-world scenario, to find a safe space, preferably something without wheels and that doesn’t move, a home, a bed, something to hold on to. the other one resigning to the new world, embracing his constant life on road, simply enjoying not having anyone to tell him what to do. just hunting, gathering and cracking zombie skulls in the blink of an eye. or ending their suffering as he believes, never looking back on anything he does.

they are not really friends. in fact, they are just stuck with each other. however, they both seem to find ecstasy in the simplest, most mundane things. they both do some extremely questionable things. like designing the perfect occasion for one of them to kill a zombie and do it without making a dirty mess from everything around. like forcing a grip on reality when one of them cannot even admit that the undead are real. like getting shitfaced like there is no tomorrow and therefore, no hangover either. all in all, trying to make the best of a hostile environment. and yet they somehow manage not to hate each other.

with just a few scares and even less gore, the battery is a slow-paced succession of plausible situations bathed in a quiet but disturbing sunlight. and it’s only in its final moments when you do realize, once again, that the horror resides not in the menacing undead but in what human apocalypse survivors can do to each other. i guess the battery is what you would call a love-it-or-hate-it zombie indie written, directed and produced by the same guys who play the leading roles. on a really tight budget as well. personally, i’ve enjoyed being spared any flashbacks of their former lives. no unnecessary data, no complicated stories about the zombie outbreak, no government conspiracies, no confined suspense. nothing but an honest story with the undead lurking to remind that this is “post-horror” camaraderie after all. with human beings fighting over direction and dominance in a world where nothing is what it used to be.