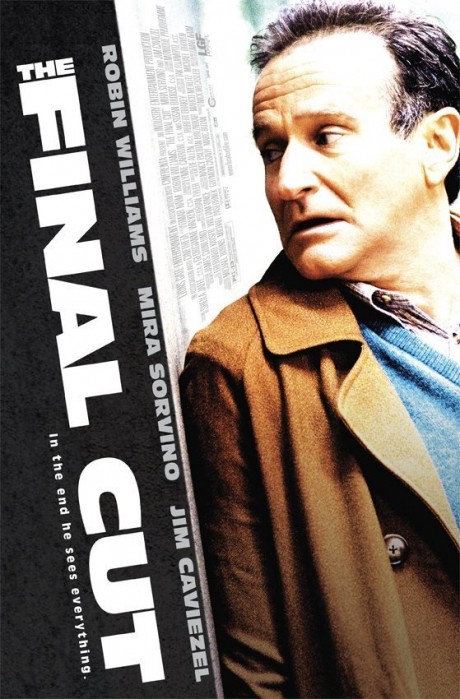 The Final Cut is a 2004 film written and directed by Omar Naim. It stars Robin Williams, James Caviezel, Mira Sorvino, Mimi Kuzyk, Stephanie Romanov, Genevieve Buechner and Brendan Fletcher. It was produced by Lions Gate Entertainment and filmed in Vancouver, British Columbia, Canada, and in Berlin, Germany. The film featured original music by Brian Tyler. The story takes place in a near future in which people can pay to have their babies implanted with memory chips. These “Zoe Implants”, developed by EYE Tech company, record every moment of their lives, so that they may be viewed by loved ones after one’s death. The plot centers on Alan Hakman, a “cutter”, whose job it is to edit the Zoe footage into a feature-film length piece, called a “Rememory”.

The Final Cut is about subjectivity, memory and history; posing the question, “If history is what is written and remembered, then what happens when memories are edited and rewritten?”