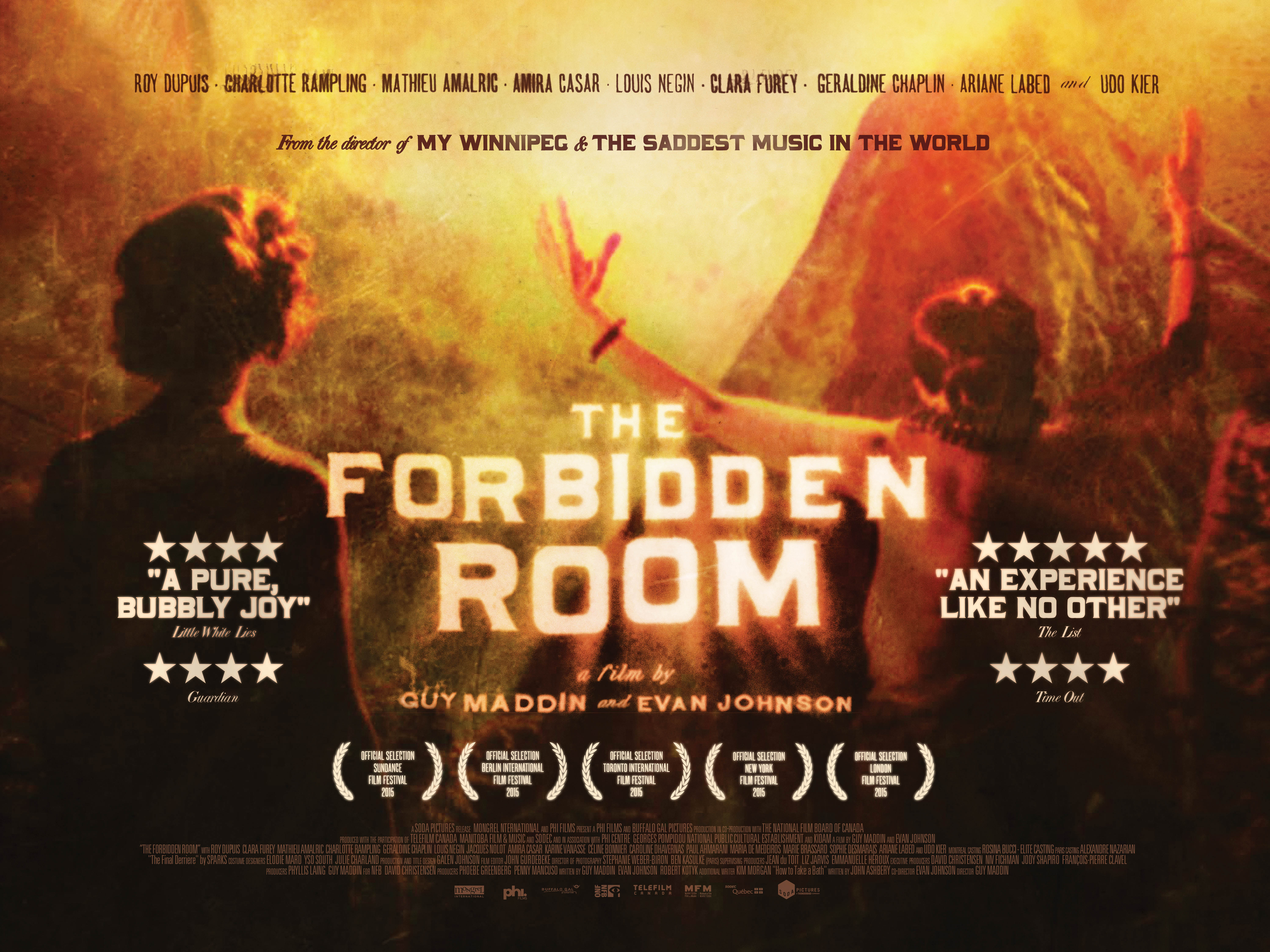 Although shot concurrently with the films of Maddin’s Seances project, the two film projects are distinct, with separate stories and stars, and all script material for The Forbidden Room is original and not based on lost films.