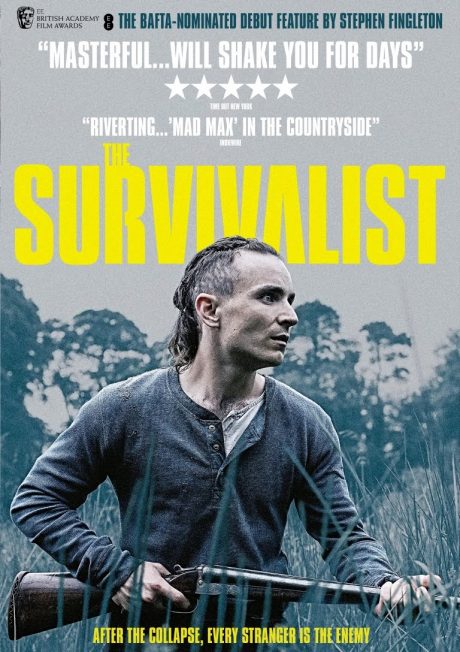 I would like to shuttle back and forth between two recent post-apocalyptic movies: The Survivalist directed by S Singleton and Z for Zachariah by Craig Zobel. Both are very different in mood, setting, acting. Differing gender -relational triangles pull each of the end-of-the-world worlds apart: one woman and one man(The Survivalist) and two men and one woman (Z for Zachariah). There is a sense in which both stand in equilibrium – in fact survivalist “prepper” as they are called world seem to be completely homeostatic, like insular ecosystems, a result of cataclysmic habitat fragmentation (they are cut off from any other communities/populations and willingly ignore their existence (it is better not to know your neighbor). 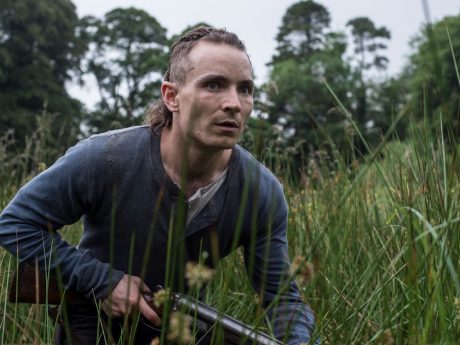 The thrill of apoca- dramas is exactly its filmic materialization of what the entrenched elites today (be they financial/hedge fund manager or the eco-friendly yuppie version) have been converging towards: enclaves, enclosures, opt-out havens etc

In both movies the ‘natives’ ones living (a young woman and a young man) on the inside of the enclosed universe have big difficulties negotiating the entry of foreigners. True, they respond very differently (man: with closed/suspicion/harsh economics, woman: open/caring/redistributing goods). 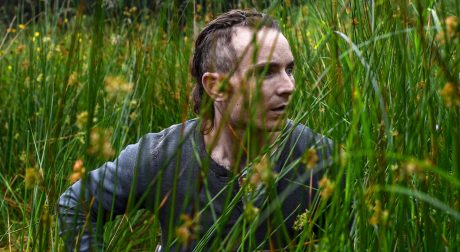 There is always migrants, newcomers, numerical (one is more than nothing, two is more than one) disturbance, re-shuffle and ultimately deteriorate or at least introduce some measure of disequilibrium. I will abstain from the urge to compare these recent apocalyptic visions with the usual road warrior ilk or more cyberpunk variants. They stand their ground as fairly original in a sea of recursive climatic-fiction plots: desertification/peak oil – or waterworld/sea level rise. They are either bountiful agricultural-old-skool farming (Z for Zachariah) or hidden/permaculture/forest agriculture (The Survivalist). There is a sense in which these movies are already some sort of Big Brother or survivalists shows (Naked and Afraid), or experiments into post- living. There is already a long tradition from the 19th century (last woman – last man literature, Mary Shelley was a pioneer into that) that is focusing on the nucleus – a speculative fiction of the nuclear post-nuclear family of sorts. They are both adopting all these intrusions that will change and reconfigure the internal affairs of the place. 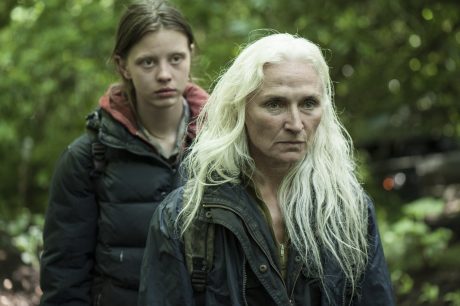 And now for the particulars. The Survivalist – is in title, name and expression what it promises: a hardcore, rough, bare-knuckles environment, stripped to its core and in a strange way mirroring a sort of frontier ethos or trappers, colonists from the previous centuries. Survivalist is a limpid (if full of necessary grime and dirt) movie, nothing gets lost, in a sense it poises a world that is austere to the max. Austerity as understood today may be a total joke compared with the austerity of The Survivalist. In a sense this is the old survivalist core – (70s and 80s) that emerged in popular culture and developed into a conservative, reactionary, paranoiac and nature-loving ideal (in the States at least) where Darwinian preparedness and general fear from better armed, better organized others: government and institutional encroachment was the rule. I partially covered this in a post about The Jupiter Menace (1982) documentary. At the same time there is an immense attraction for the roles offered (to both women and men) in the quest for survival and against feminisation of the workplace (increasing menial or care work jobs for men) – regaining lost masculinity in the midst of the forest, a virility bathed in the blood of the bureaucratic dragon was very important. There is poetry to this harshness that has an unnatural feel – all the trade-offs, all the human resource and sexual favor trafficking may seem alien, but is quite close to earlier pre-modern communities. Strangely enough it reminded me of the Onibaba “Demon Hag” (1964 by Kaneto Shindo) in a time of feudal unrest, a period civil war when a couple of desperate women trap and kill samurai and sell their belongings for a living. 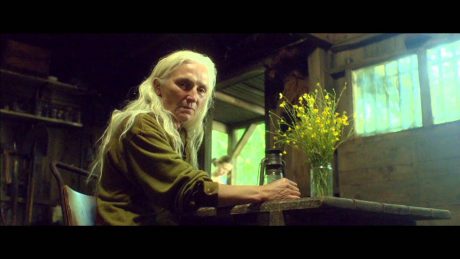 The Survivalist is an exceptional directorial debut and beyond doubt a movie to see & enjoy, has both unforgettable actors(Mia Goth, Martin McCann, Olwen Fouere) and scenes to remember for example the masturbation and semen fertilization of new growing plant shoots. Nothing gets lost as I said. Every scene screams and aches under the pressure of intrusions that might bring an end to the precarious life in a permaculture that is not a response to pervasive agriculture industrialization, seed patenting and monoculture but a way to blend in, get rid of expensive equipment and bypass the dependence on traditional agriculture. Strong feelings, schemes, plotting abound in this new world and there is vicious double edge to everything it touches. In a sense it is the no-choice world that a lot of the West is pushing itself into, a world where every charity or every public service is accounted as costly and eliminated. Usually “lifeboat rules” are ways to excuse moral hazards that will make heroes or heroines of the sci-fi story become relentless pursuers of their own self-interest or narrow out every other option.

The bleak outlook of the Survivalist – is as far from an eco-utopia as we can get, although it is directly inspired by the necessary ways in which the Green Revolution with its high yield crops and Roundup solutions has utterly failed. One of the most remarkable features of The Survivalist are the strong women (mother & daughter). In a sense the loner masturbator is nothing compared with this post-apocalyptic duo that made it into the relative safe heaven of the non-idyllic permacultural forest farm. They are really able to fend off and if necessary eliminate any obstacle in their way for making it trough the winter. They also bring upheavals but also  a new danger and complexity to life on a string that characterized the solitude of the forest dweller. 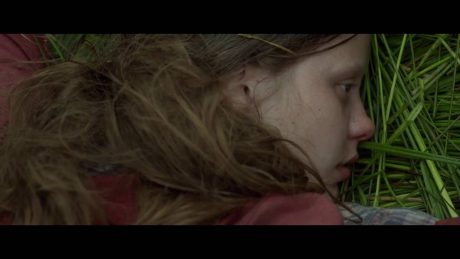