Menu
Browse: Home » The Thrill Seekers [aka The Time Shifters 1999]

The Thrill Seekers [aka The Time Shifters 1999]

File under: futurist adrenaline junkies, death tourism addicts, capitalist gore hounds from the year 2077. Probably this low budget sci-fi 1999 movie by Mario Azzopardi went unseen & unheard for most of you (including me). I was made aware of its existence by Zero Department member and Clinamen publisher from Geneva Lucas Cantori. He was kind enough and interested in publishing Exit the Portal in Quarks & Bastards #1. We started digging after time-shifting dramas, for the time/dimensional traffickers that profit out of their time travel technologies – so he vaguely recalled this one movie about some agency from the future that is selling experiences of catastrophes from the past. Wow! 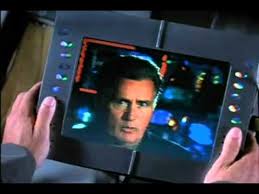 Time Safari Inc was the chronocapitalist enterprise in the Ray Bradbury/Peter Hyams story/movie Sound of Thunder (no review of that on planetneukoln yet). For sizable amounts of money it was organizing Big Game hunting parties, smuggling its rich clients from the future to a well-prepared, minutely choreographed ‘killing time’ when they were allowed to shoot at the quarry of their dreams: a T-rex.  In order to keep historical continuity and non-interference, they had to masquerade as natural disaster themselves, hiding their action under a non-human guise of volcano eruptions, meteorites and such. 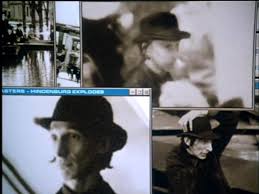 Time Shifter present us with an even more compelling agency (i.e. influence/unknown telos) from the future: the Thrill Seekers. We somehow have been duped into trusting time travel technology as a benign activity, an explorers passionate quest to his favourite time zone, to his object of research. Wrong! I don’t want to go into the use/misuse debate around technological invention. In fact it doesn’t even matter how this technology got hijacked for commercial purposes. It would be completely naive to view time jumping outside of time, history and the incentive for profit. Both Time Safari Inc and Thrill Seekers – are offering you the ultimate authentic experience of your species-being. No Jurassic Park cloning of paleo DNA, no virtual reality tourism – but actually you as a mammal being there, encountering the biggest enemy of mammaldom. Not a once in a lifetime experience, not even once in a civilization experience, but once in a geological epoch experience. Event- based time is itself being commodified, it is being sold in brochures, per second to the thrill seekers from the future. Catastrophic events of all sorts (from the sinking of Titanic, the Hindeburg disaster to hurricane Hugo) are being advertised to the adrenalin extreme history addicts. Getting a front seat to the extinction event is the new name of the game. I really loved the intro credits: the time machine as a slot machine. The casino economy meets disaster capitalism. Money, profit is itself gambling on catastrophes. There is a cheat to all these catastrophic events, you are being pulled back, out of harms way just before most of the others are being destroyed. Your fall – as privileged historical (and presumably rich) agent is being dampened. You have been forewarned, but escape is not the purpose. You have to participate/escape at the same time. The prophetic gambling capacity of future man makes him more than willing to join, to be part of the things he missed. FOMA – the fear of missing out – is being transformed The Fear of Missing Out the past extinctions. In fact you not only cheat death (it is never your death, but the death of countless others), but you buy a ticket to the forefront of death, and you get away with it without even as much as a scratch.

The Thrill Seekers are being scooped by a career-oriented (and also remorseless) TV reporter (with a bad accent/voice – Caspar Van Dien), who basically managed to sacrifice and kill his film crew while trying to get a live transmission from a power plant disaster. After a mental breakdown he returns to his  work assignment changed and presumably ‘humanized’ even if he (again) deals with lists of disasters in the 20th century. He somehow gathers up this catalogue of press photos bulking both natural and man-made disasters into one.

In a sense he reminded me of the work of Ernst Jünger (1895 – 1998) on the aesthetics of catastrophe, especially in his Der gefährliche Augenblick (The Dangerous Moment 1931). He catalogues images taken from the press and news – producing a new continuity and feedback loop btw various visual examples of disasters. Isabel Gil talks about how the past disasters and catastrophes have been synched by Ernst Junger somehow, producing a sort of visual library of catastrophes to be consulted, retrieved and reinvested with new meanings. In what appears as a relapse to his trauma, Merrick the reporter starts noticing a similar and pretty suspicious character that jumps across photographed catastrophes and widely separated time events without any major visible ageing or even a change in style. This unifying character is a shadow of himself in a sense, a missing link that keeps the whole catastrophic archive together. More than the usual muckracking he finds out that the future doesn’t actually care about the past or the present. The past with all its catastrophes, disasters and horrors is just a source of illicit pleasures, aesthetics, of guilty emotions and near death trips – as long as the prosperity and security of the future stands unchallenged. Charlie Sheen plays an incredible role as the agency boss – eager to gain his money and to thwart any attempt at stopping catastrophes from happening, and thus changing his own present. In a prophetic pre- September 11 movie, a catastrophe is not only live on TV, but it is being re-visited by the future, used as joyride for the ones lying securely outside of the shock-wave. 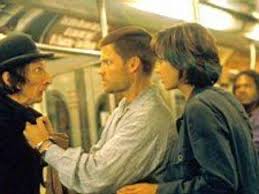 Merrick, the journalist turned humanitarian – is now using a copy of the menu, the advertising of the Thrill Seekers agency,  to try and prevent catastrophic events from occurring and affecting himself or his dear ones. He selfishly and actively intervening and messing up various small extinction(catastrophes) events. The domino effect and the Grandfather’s paradox ensures that the future will become unrecognizable. Like Terminator, the future is sent back in time to straighten up the past, because it has vested interests in the catastrophic outcomes of history. It cannot and does not wants its particular chain of events unsettled, changed or rewritten. Lowering entropy at the wrong end of the history will generally (according to Time Shifters) fuck up and mess up things in the future and the future reacts to just that. Inventions, meltdown and pollution are being unleashed upon the future, in fact the future will become unrecognizable and vengeful on any dabbling. That is why it is fighting to keep out any deviation, any ripple of change away from the extinction calender.