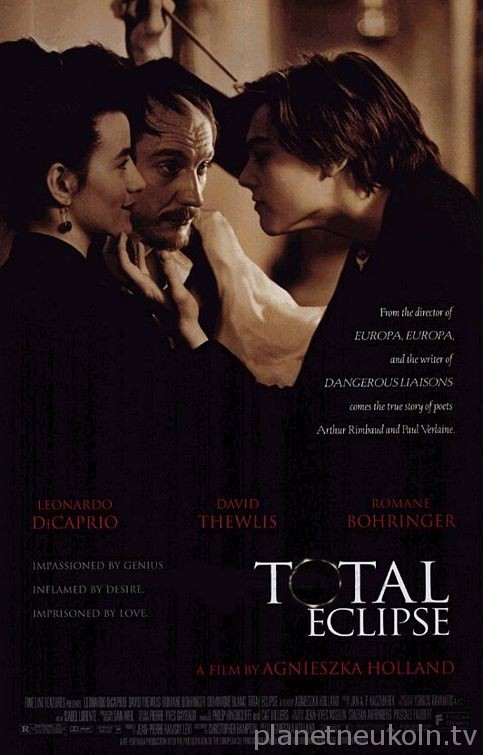 Total Eclipse is a 1995 film directed by Agnieszka Holland, based on a 1967 play by Christopher Hampton, who also wrote the screenplay. Based on letters and poems, it presents a historically accurate account of the passionate and violent relationship between the two 19th century French poets Paul Verlaine (David Thewlis) and Arthur Rimbaud (Leonardo DiCaprio), at a time of soaring creativity for both of them.