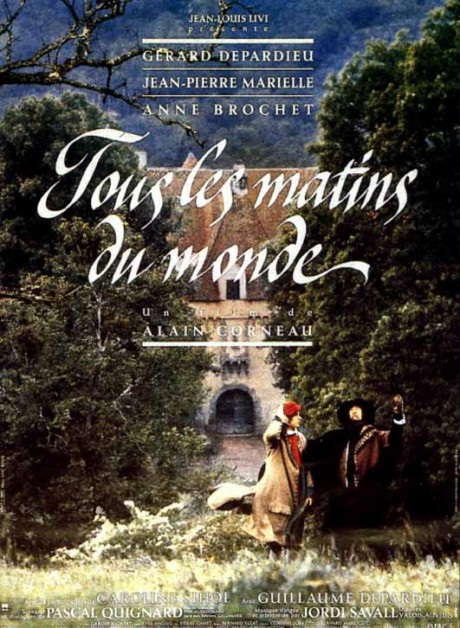 The film revolves around the late-17th/early-18th century composer Marin Marais‘s life as a musician, his mentor Monsieur de Sainte-Colombe, and Sainte-Colombe’s daughters. The aging Marais, played by Gérard Depardieu, narrates the story, while Depardieu’s son Guillaume Depardieu plays the young Marais. The haunting sound of his instrument, the viol (viola da gamba), here played by Jordi Savall, is heard throughout the movie and plays a major role in setting the mood. Though fictional, the story is based on historical characters, and what little is known about their lives is generally accurately portrayed.