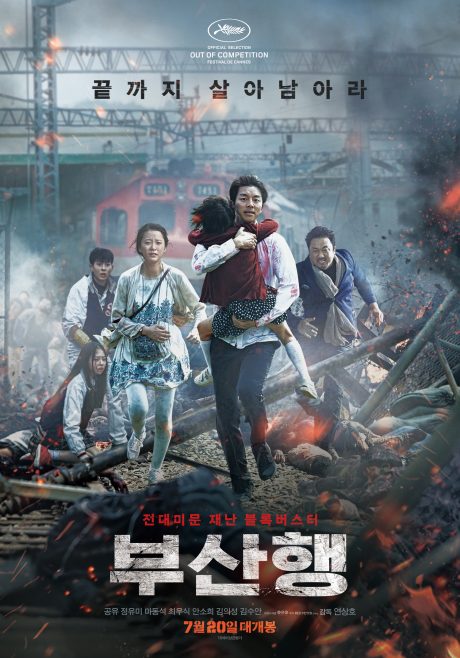 I had a friend who sold his cherished Zombie board game. He used to play and collect a lot of zombie paraphernalia and meet up with his friends and play zombie games for days& nights. The death knell of Zombie industry seems upon us. The genre has been milked and over-exploited so even HC fans are getting tired and start moving into other directions. In other ways this is when a genre might be saying or pointing to something interesting again. Korea has been producing a new zombie apocalypse movie of its own. It screams big budget and a brief play of the trailer will convince anyone that it is completely jam-packed with action. 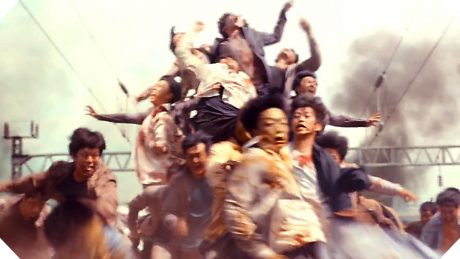 What is not so visible is the amount of melodrama that gets injected into every open gash and bloodied napkin and piece of torn tissue. Korean cinema has already prepared us for cascade of tears and wailing but the jury is still out for me if this zombie movie had to be peppered (or spray peppered) with so much crying around its sacrificial cast. Well I think it should be tearful because this is not so much about posthuman zombies as it is about the invention of a bailed-out humanity out of – bad humanity – the myopic human capitalist callousness and competitive strife. Facing a disaster or being forced to beat to a pulp your closest friends or relatives is in fact nothing compared to the real culprit here: the Capitalocenic (the vaunted Capitalism with Asian values) product of one of the most powerful and vibrant economies in the world. 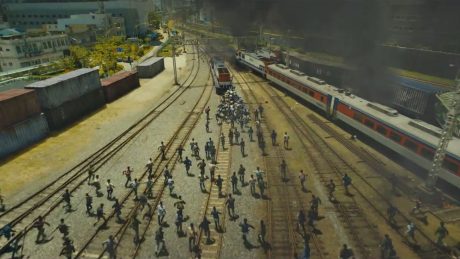 The Train to Busan is not just another zombie disaster movie but a movie that bears the scars of particular destructive aspects: thbe rapid growth of financial markets and the fact that everything has trickled down into daily life and day by day attitudes. Zombie capitalism was always present in a genre that has played a key role in understanding and visualizing the emptied out lives of human shells wandering aimlessly the huge malls they spent their money and lives in.  In tune a newly found new humanism – Korea brings about something worse than the zombie – a sort of fallen human that is ready to destroy, maim and to sacrifice everybody just to get a chance to stay ahead of the game. 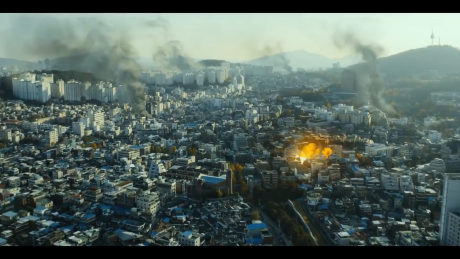 We know how fear acts and that fearful people might act unreasonable, but here we have a sort of coalition – a dreadful spiteful coalition of a self-destructive humanity, I am really curious how in the midst of years of posthumanism, anti-humanist critic and theory, in the end it all boils down to diagnosing the ills and excesses of the fallen. That said, the movie doesn’t manage to rescue the worthy few and in fact makes it easier to side with the zombie swarms. Watching A Train to Busan I had the sensation that is is much better to be with the zombies and to join their ranks that to stay with humans that might use every opportunity to minimize the chances of the group to survive under terrible situations. Korea has been at the forefront of global transformation of capital and has seen its very traditional core pierced, mashed and gorged out. It also may be most direct in it’s targeting of the financial elite – as well as the strange call for redeeming or bailout it out. The father hero figure is a sort of single father day trader and fund manger – probably at this point in history one of the most hated jobs on the planet (if prosperous). 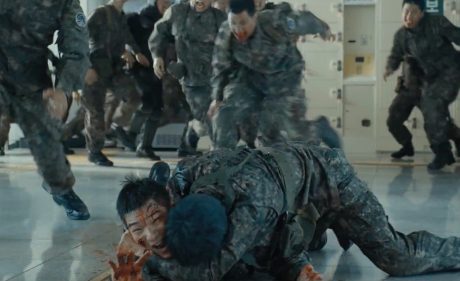 He has completely and cynically integrated all the disapproval and outright hate of others and the fact that he is good at – making huge amounts of money off the back of other people. Only utter destruction, only the zombie apocalypse can change such a man (and even this seems kind of far fetched). He is constantly advising his little daughter to not help others, to watch only herself and to stop being altruistic. Only after being brutally pushed into admitting that there is no other way but a collective networked action – does he become a force for the good. Humanity is at war, not with the aliens, the zombies but with a bifurcation of itself, an inhuman fragment of itself (see Claire Colebrook – The Twilight of the Anthropocene idols) . One of the baddies in the movie (*not talking about zombies here who are as expectantly deadly and swarming) looks himself rather like day trader and makes the first remark on a homeless boarding the train without ticket, before the threat is present, branding the economic victim as self-produced, as somebody who probably earned his misery because of lack of education or inability to work. 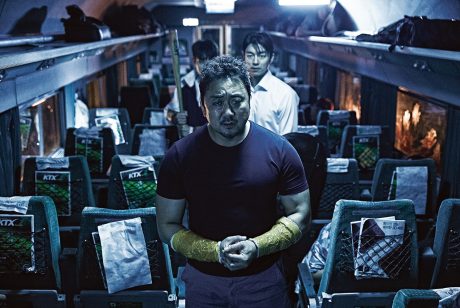 This is then the core of the movie for me, the sort of weeding out of a bad humanity – one that condemns any kindness, help, weakness, gentleness and compassion and one that has pushed the social & political being out the window, thrown out of the train and left out to the wolves and a world where every gesture of feeling and help counts. Train to Busan offers constant proof how women, children, elderly all are somehow dispensable in the new ultra competitive social Darwinist universe were the most important thing are exactly what escapes the accounting and what is considered a burden.  Except for the miraculous transfiguration and the goodness of youth. Train to Busan somehow joins Snowpiercer as a movie that uses the fast going train to depict and embody the accelerationist drive that grinds people down into ballast.