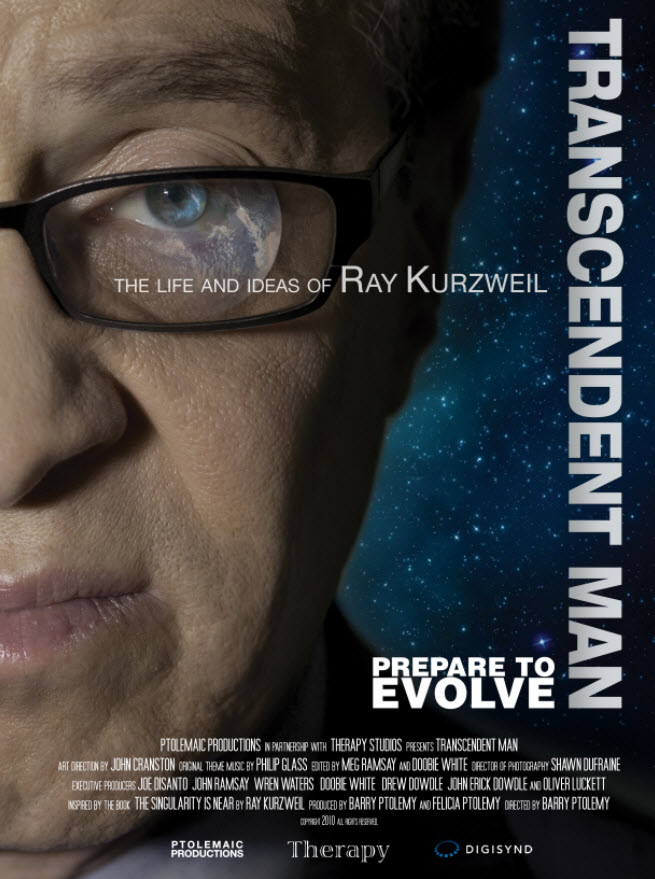 Transcendent Man is a 2009 documentary film by American filmmaker Barry Ptolemy about inventor, futurist and author Ray Kurzweil and his predictions about the future of technology in his 2005 book, The Singularity is Near. In the film, Ptolemy follows Kurzweil around the world as he discusses his thoughts on the technological singularity, a proposed advancement that will occur sometime in the 21st century when progress in genetics, nanotechnology, and robotics will result in the creation of a human-machine civilization.