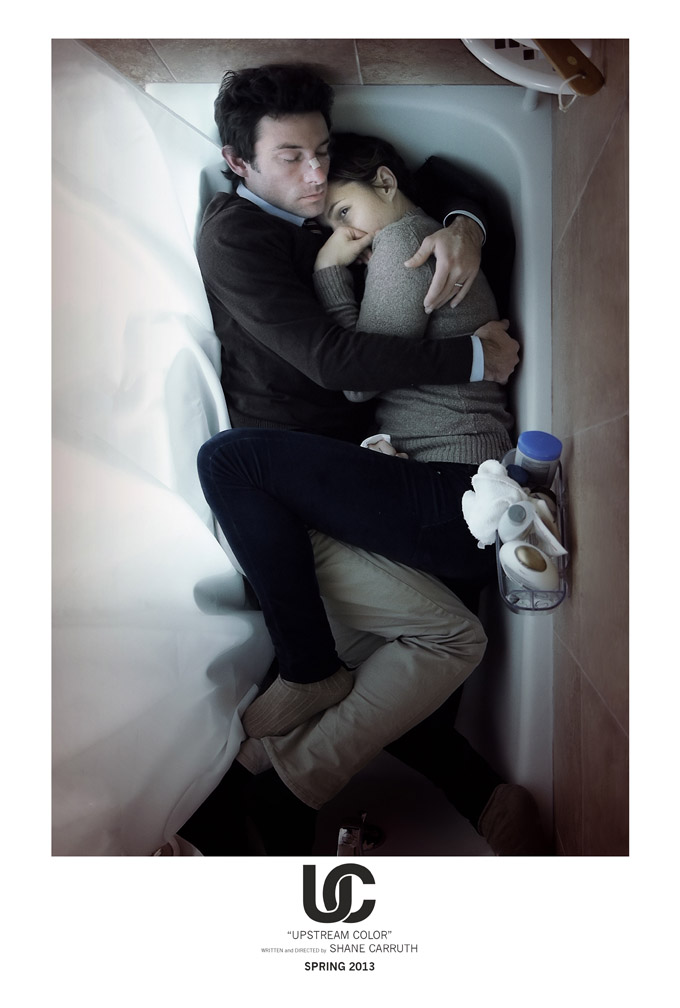 the latest and actually only the second film from primer director shane carruth. fragmented relationships with a single common denominator: a worm-induced hypnosis. once ingested, the worm triggers a sort of psychic connection between its hosts; and from that moment on, the infected individuals follow some pretty brain teasing paths. a diy cinematic endeavor built on natural and minimal dialogues that spin around themes such as memory and personal identity. intentionally flawed and obscured – yes. uncomfortable to watch – sometimes. beautiful – well, kind of. also, multiple viewings may strike you as a really good idea as it’s worth the frustration.