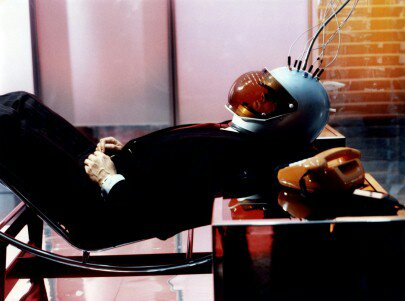 Rainer Werner Fassbinder was always a big enigma for me and I can’t say I was able to see many of his movies.
But this is one might easy make it into the top 10 sci-fi movies I’ve been (happily forces) to see (by close friends) in the last years. Enough said that it’s based on the same novel as that other forgotten VR classic The Thirteenth Floor. 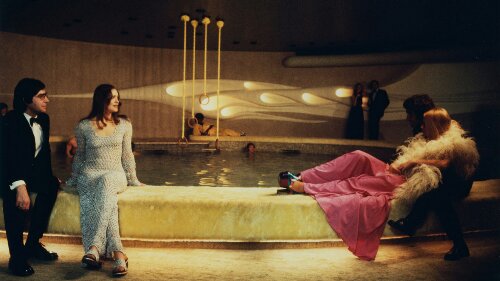 It’s a long movie but thoroughly embedded in the cold data center designs of the 1970 cybernetics and grandiose computer science of that era. Mix in some Alphaville crime mystery and incredibly stylish and sexy iconic actresses and you have a unique virtual reality world. Somehow I find it comparable with ExistenZ in its composed artificiality and attention for the detail. In contrast with ExistenZ, it is a lush world, it shines and sparkles lavishly. The unreal effects are based on reflections, mirrorings, where doubles multiply and abound. There is no outside somehow, there is only this set design world of bureaus, conference rooms, data storage and processing rooms, lofts and slick penthouses. 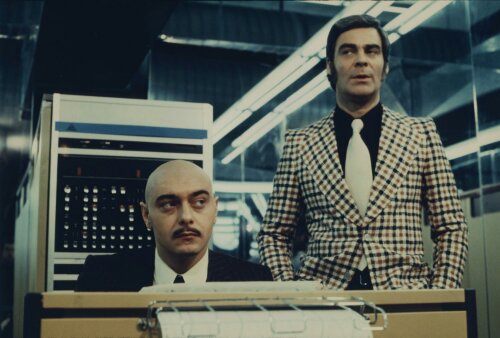 The plot is itself riddled by deletions, reconfiguration, missing and reappearing characters, and manipulated and holographic script. 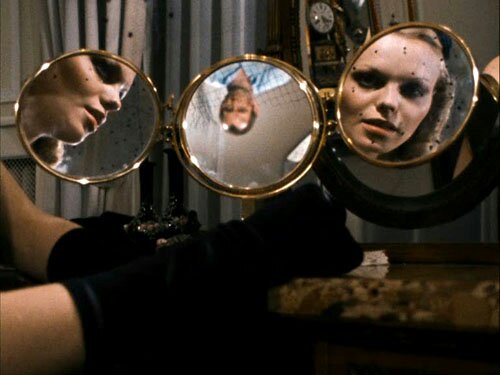 Simulacron, the new supercomputer of the IKZ Institut für Kybernetik und Zukunftsforschung(Institute for Cybernetics and Future Science) controls a simulated world of 9000 identity units that live as human beings without knowing that they are simulations, except for unit Einstein that is aware so that the system will run smoothly.
What happens when one of the units kills itself or with the erasure of different members of the institutes and their memory I leave it up to you to discover. 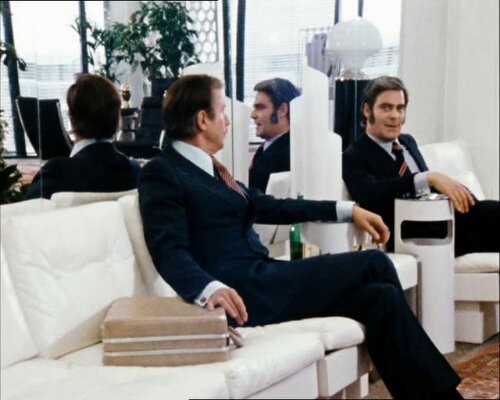