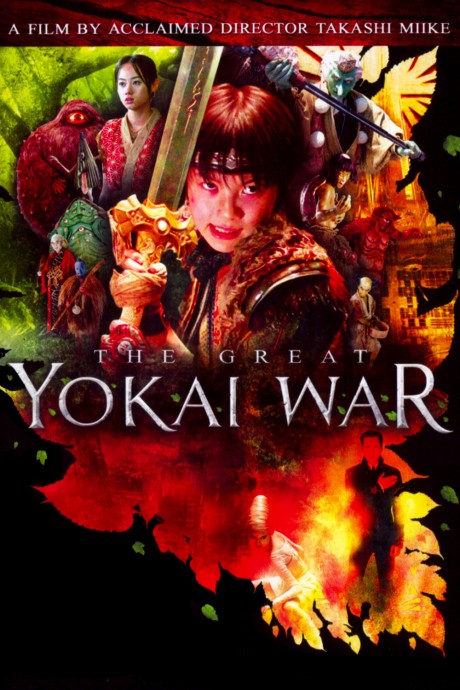 Another Miike, this time for your soul – a Japanese movie that finally gets me the same sentiment as The Neverending Story based on the book by Michael Ende. There is a lot of background on the Great Yokai War – finally a movie that brings the work of the grea mangaka Mizuki Shigeru to the big screen(who also appears in one of the scenes). Japanese folklorists and historians have gathered all the supernatural and unaccountable phenomena in their compilations based on local informants and these where the material inspiring the artists of the Edo period that created their own monsters and spirits based on these occurrences. 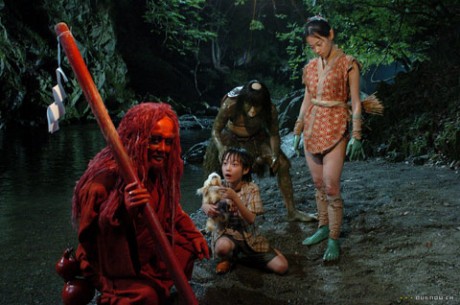 Yokai is not just demon or ghost in the Western sense and a proper translation of the kanji characters is needed – it translated both as bewitching, as mysterious, suspicious, as calamity and as attractive. They range from the malevolent to the mischievous. Miike has made great effort in brining a true yokai cosplay on screen: talking, one-legged old paper umbrellas, one legged iron smelting demons, frog marshland spirits and beautiful sacrificial girls from ancient time transformed into water nymphs. The hero is a young city boy sent to his grandfather in the countryside where he is destined to become a big warrior battling the forces… of the accumulated rage of consumer object. 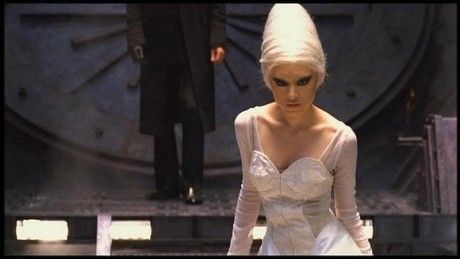 Yes, that is it, a necromancer has managed to turn all these accumulated energies of vengeful objects into an incredible menace. Only the boy and his new yokai friends is able to foster a great army from all over Japan against this steampunkish modern enemy who looks like pollution belching kaiju monster personifying the Industrial Revolution and its ills. A movie for the whole family.